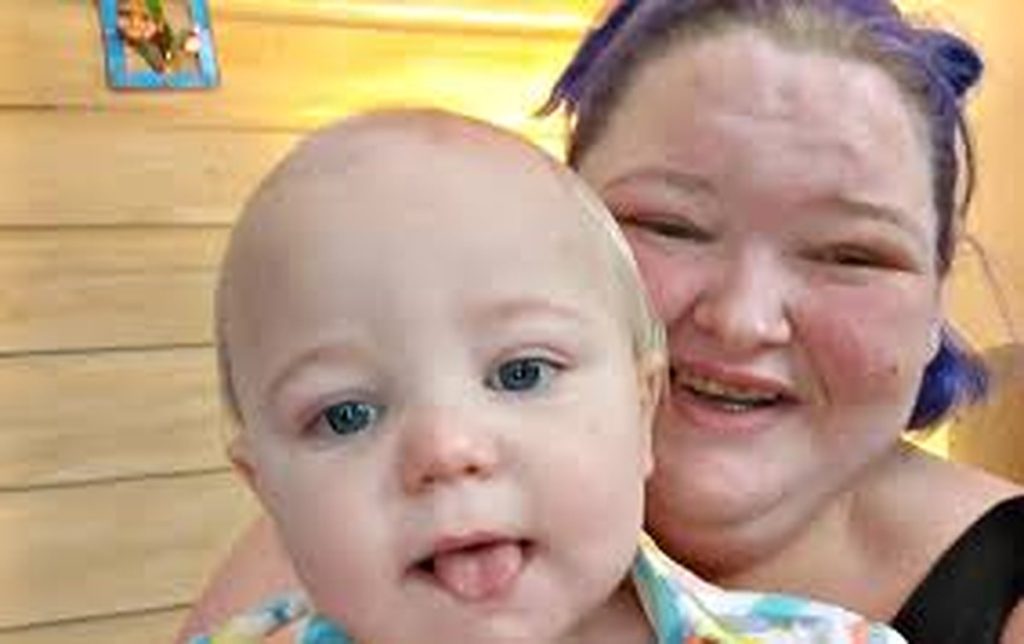 After much struggle in her life, Amy Slaton is finally living a happy life with her partner Michael Halterman. TLC’s 1000 lb Sisters followed the journey of the two Slaton sisters, Amy and Tammy. While Amy worked hard to get her past surgery, Tammy is still struggling to get on a healthy diet. The celeb sisters are pretty dedicated to getting thier lives on track. Amy, who had tied the nuptial knot with her high school sweetheart, Michael, recently welcomed her second baby. The new mother is now happy to start the new journey of her life. She had recently shocked her fans with her new bold and wild look. Keep reading to know everything in detail.

1000 lb Sisters star Amy Slaton is certainly busy embracing motherhood. Fans are well-versed about the struggles she faced in becoming a mother. Amy always wanted to have kids. However, her weight made it difficult for her to conceive. After much struggle and dedication, she finally got her weight loss surgery. Soon after the same, Amy ended up conceiving a baby even after the doctor warned her to wait. Fortunately, the pregnancy was a success, and she finally welcomed her first child, Gage, with her husband, Micheal.

The reality television star was cherishing her life and enjoying motherhood with her adorable son Gage when she announced her second pregnancy. On July 5, this year, Amy gave birth to her second child Glenn. Last month, she surprised her fans by sharing beautiful snaps of her infant on social media. However, fans were impressed by her new bold and wild look. Mrs. Halterman revealed recently dyed her hair blue. Fans were impressed with her makeover and felt that it suited her. Fans claimed that her new blue hue reflects she is now a proud mom of two loveliest kids. These days she often shares pictures of her many on social media.

Amy Slaton is definitely on cloud nine after welcoming her second boy. 1000 lb Sisters star is very busy taking care of her adorable boys. The beautiful mom has recently celebrated the one-month anniversary of her baby Glenn. Slaton took to her social media page to share adorable pictures of the newborn. Besides those cute little faces, she penned a sweet and beautiful note. She shared a slew of four pictures with one month’s board on the baby’s side.

Her note says that she is blessed to have him in her life. Thanking Lord Jesus, Amy called her babies  “Miracle Boys.” Meanwhile, fans congratulated her and poured love on the newborn. One of the users commented the infant looked so damn cute. At the same time, a hand full of people asked her to try for a baby girl. However, recently, Amy was in the news when viewers slammed her for putting her baby on a dirty couch. She previously shared a picture of her boys sleeping on the couch that looked unhygienic for fans.