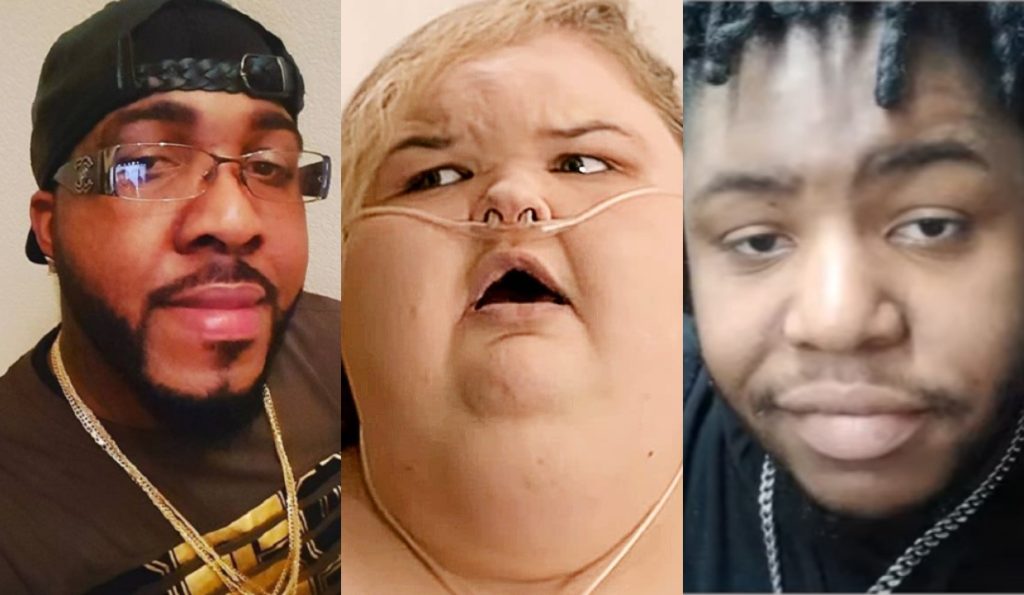 It doesn’t take long for Tammy Slaton from 1000 Lb Sisters to surround herself with controversy. Be it the neglect of her health or dating toxic men; these things always keep her in the limelight. Well, she has been making headlines yet again due to the latter part. Ardent fans must already know about her former flame, BBW King. In fact, a part of their relationship was also included in the previous season of the reality show. Now it seems the couple made up and are back together! But wasn’t she already dating a new man Mickey Mooney? Is she cheating on him? Keep reading to know more details.

. Apparently, the viewers who saw the last season must know how toxic their relationship was.

In fact, things got so worse that Tammy had to call the cops on him as he won’t stop trying to get her attention through multiple texts and calls. At last, they ended things. Prior to this, 1000 Lb fans often told the celebrity that his partner would fetishize obese women. Hence, staying with him can’t be good as he would never help her out with shedding weight. Therefore, seeing the old couple together freaked the fans out. At last, popular blogger John Yates also reshared a picture of the two. With this, he stated that they are back “together” on Tik Tok.

Tammy Slaton never shies away from sharing details about her love life. However, things are quite different this time. It turns out that her “someone special” gave confirmation of their relationship. Apparently, a man by the name of Mickey Mooney took to this social media to share multiple pictures of the two. While doing so, she also expressed his love for her through a sweet comment. Hence, viewers were in shock to see how quickly the 1000 Lb Sisters star moved into another relationship.