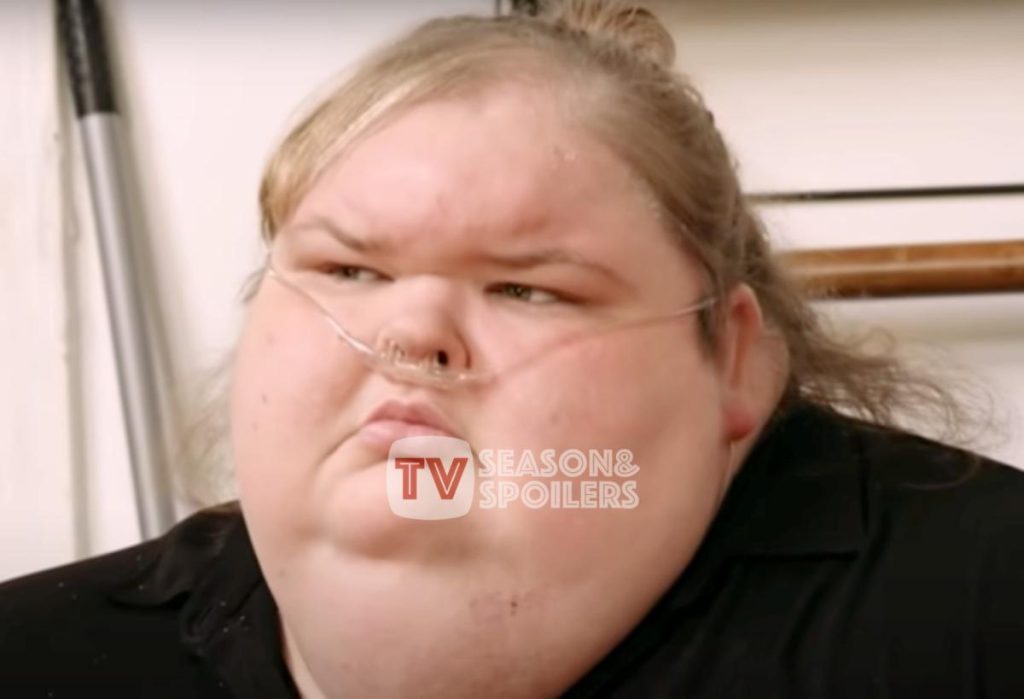 It has almost been a while since the third season ended. Now, the TLC family awaits the next season. Well, as of now, there’s no update either from TLC or from the show’s producer. However, 1000 Lb Sisters celeb Tammy seems to shed light on the matter in her recent Tik-Tok video. And TV Seasons & Spoilers is here to report it. So, tune in with us to know if Tammy is coming back?

The TV personality has been adamant rug bag for garnering hateful comments. However, there are some who genuinely want her to strive well for her health. But, will the show return to document again Tammy’s journey? Fans are concerned about her future on the show because the 35-years-old didn’t do well in the past few seasons. Hence, 1000 Lb Sisters fans are speculating that TLC might drop her from the fourth installment.

Likewise, the infamous sibling was slammed for not taking her health cautiously. In addition, there’s a Reddit post to highlight what TLC and Tammy are up to. A user posted snapshots revealing Tammy’s comment on her Tik-Tok video. Well, a fan asked her if TLC has started filming for the new season? However, Tammy replied that TLC is yet to start filming.

Therefore, it’s going to be a while when the screen be lit with Tammy’s presence. Now, the 1000 Lb Sisters star herself isn’t sure when will the filming take place. More so, to bring to notice, two months have already passed and the filming hasn’t started. While it doesn’t mean that Tammy will never be filming for the show. It sure suggests that she isn’t doing that at the moment. So, it may take a little more time for the Slatons to be back. What do you think? Will Tammy return or not? Let us see what the fans have to say.

Tammy’s presence on social media has increased a lot after Season 3. However, there’s no proper evidence about whether or not the show will continue. However, TLC might be noticing fans’ excitement and may start filming later this year. For now, the audience just hopes for the best. Meanwhile, some Reddit users do not believe Tam Tam’s mouth. Even though she has hinted that there will be a 1000 Lb Season Season 4, fans find it hard to believe her.

Moreover, some other fans want to see the rest of the family except Tammy. They wrote that TLC should continue documenting Amy and Chris’s journey instead of Tammy’s. In addition, the commenter mentioned that jealousy would bring Tammy

to her senses. One user wrote that the rehab people won’t allow the crew to film in the facility. A lot of people have claimed that there is a privacy issue for other patients. Hence, filming can’t happen until Tammy gets out of rehab. Stay tuned to TV Seasons & Spoilers for all future updates.