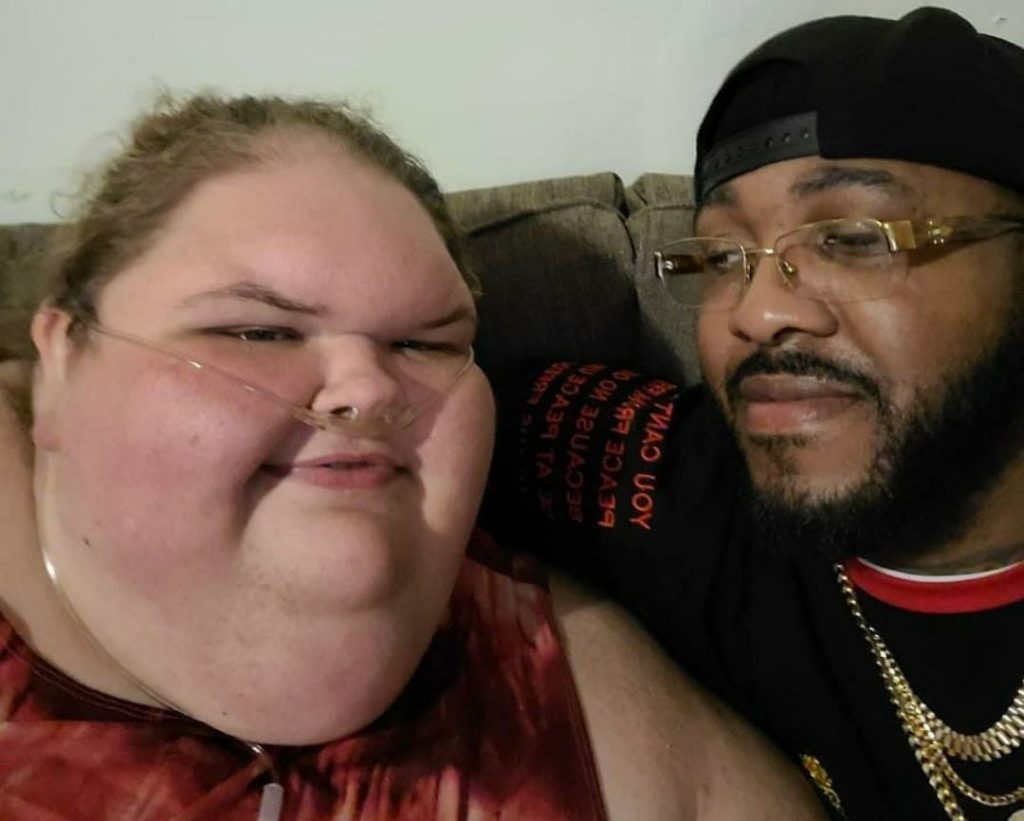 Tammy Slaton is dating again, but fans aren’t approving her new choice. Well, her relationship with Jerry Sykes was no less than a disaster, and the 1000 Lb Sisters ended up getting her heartbroken. However, this time, people say things could get even worse. Fans have accused the new boyfriend of being a “clout chaser,” among other things. Yet, neither of their concerns are bothering Tammy. She seems to be getting serious in this relationship, and her new Instagram profile is full of PDA now. Here’s all you need to know.

Tammy Slaton has found love again and is ready to show it off to the entire world. While she had already made her relationship public around a month ago on TikTok, she recently revealed it on her Instagram. On the other hand, it seems like the new couple have only met each other a couple of days ago. Her new boyfriend, known only by his social media profiles called “thebbwking,” went to visit Tammy in Kentucky, all the way from Las Vegas. As of now, it doesn’t seem like he has returned home from his trip to Kentucky. In fact, some fans think that the couple might be living together right now, and thebbwking might appear in Season 3.

While the pictures and videos of them together were already bothering her fans, Tammy also uploaded some new photos full of PDA. The pictures include the ones where the 1000 Lb Sisters star is seen kissing her new boyfriend. She captioned the Instagram post as “True Happiness” and will likely upload more pictures soon. However, even though Tammy looks happy in the pictures, fans think this relationship could be toxic for her.

Ever since Tammy confirmed that she now has a new love interest, her followers aren’t happy. The majority of them have shown concern for her choice as the new boyfriend looks nothing but a “clout chaser“. On the other hand, if that’s not the case, the fact that he has a keen interest in plus-size women really bothers a lot of people. This is not because of his personal choices. But fans say that he is with Tammy only because of his “fetish” for BBWs (Big Beautiful Women). Moreover, the mysterious guy is very flirtatious with other women on his social media.

He continues to post suggestive posts related to his fetish on his social media. Hence, he is often approached by women, which he willingly flirts with despite being in a relationship. Amid all this, fans are worried that he wouldn’t support Tammy if she tries to lose weight since he only wants plus-size women. On top of that, “thebbwking” doesn’t even look genuinely devoted to his new girlfriend. Tammy’s comment section is full of people pointing out that even though she looks happy in the pictures, this guy does not.

Whereas, while the 1000 Lb Sisters star is now vocal about her relationship, her new boyfriend isn’t. Hence, fans find these things alarming and aren’t supportive of her choice. What do you think? Should Tammy continue to date this new guy? Tell us in the comments and continue visiting TV Season Spoilers for your daily dose of TLC news and gossips.