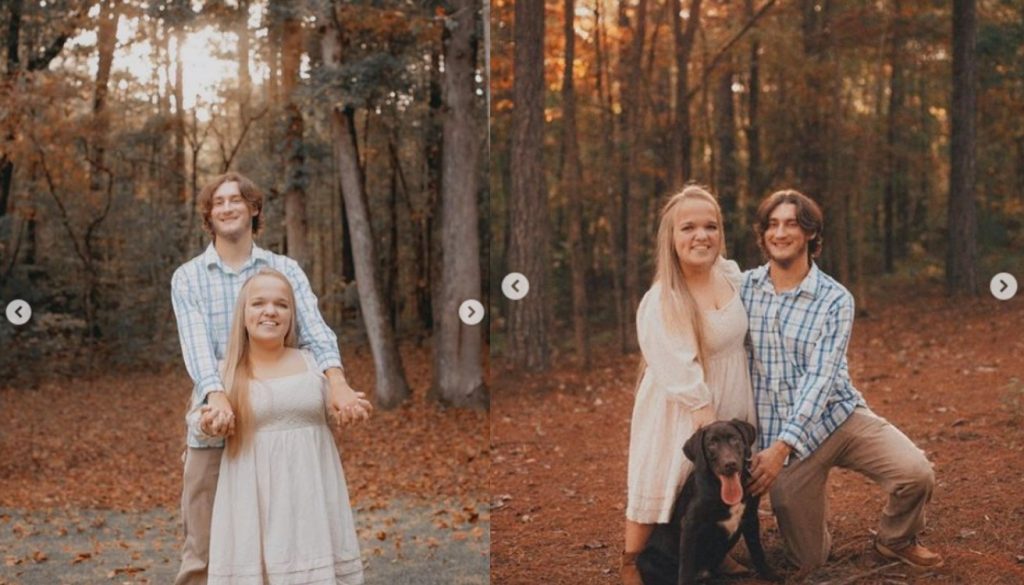 The star kid of 7 Little Johnstons, Elizabeth Johnston, has always been one of the most loved TLC stars. All the 12 Seasons have captured her evolving into a wonderful young woman. The past seasons have also featured her love interest Brice. Apparently, they have successfully moved in together as well. Though the couple has to face many obstacles, they overcome them to be together. The popular show’s fans are eagerly waiting for their favorite couple to get married. Amidst all this waiting, Liz recently posted pictures from her recent photoshoot, which might be hinting towards some progress in their relationship! To know more, keep on reading.

The 7 Little Johnstons star Elizabeth has been sticking with her boyfriend Brice for a while now. The couple had to face many issues because of Liz’s parents Amber and Trent. Initially, the Johnston parents didn’t allow a lot of things for the new couple. But with time, they’ve also made peace with the situation. Though Liz is not very active on social media, recently she took to Instagram and posted pictures from her recent couple shoot. The pictures led to the birth of different kinds of speculations amongst the audience.

She posted four pictures in which she wore a pretty white dress of knee length. Her side-partitioned blonde hair perfectly complimented her look. At the same time, Brice wore a blue and white shirt with Khakis. Liz captioned the pictures, “Wouldn’t have it any other way”. Many 7 Little Johnstons fans feel that this was a silent announcement of their getting engaged, and maybe they would officially declare it in their new upcoming seasons. Even a fan wrote that in the 4th picture, if closely looked at, a ring can be seen. Some called it a ‘promise ring,’ so some called it an engagement ring. Though there’s no confirmation yet regarding this, there is a fair chance.

7 Little Johnstons: Did The Couple Make A Baby Announcement?

While posting the picture, Liz added a hashtag saying ‘Little Family’ to the caption. This made people think that maybe she is making a baby announcement to her fans. Liz felt the need to clarify to her fans; she replied to a comment saying, “HA HA!!! Not today!”. Many replied to her comment, agreeing that they also felt the same and that the couple has decided to grow their family now.

Instead of a baby, they had a shoot with their dog. The star clarified that it wasn’t an announcement of her pregnancy; it was just a random couple shoot. However, people didn’t find it convincing. Apparently, the majority of the viewers think that it was an engagement shoot. Yet there is no confirmation from the couple if this was an engagement shoot. Fans have to wait for the upcoming Season to know what twist it unfolds! Keep coming back to TV Season & Spoilers

for all the latest 7 Little Johnstons updates.