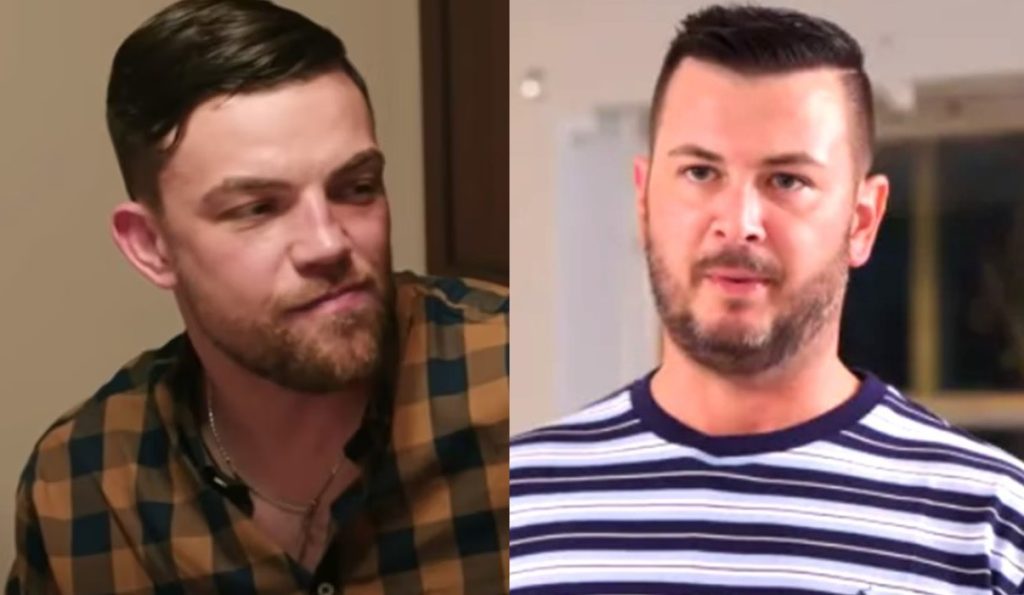 90 Day Fiance: After All, Charlie Might Not Have Called Immigration On Andrei! Who’s The Real Culprit?

The 90 Day Fiance stars Andrei and Elizabeth are among the people’s favorite couples on the show. Even after having many ups and downs, the duo has survived together. Fans know that the Castravet and the Potthast family have always butted heads. Evidently, nothing has changed, and still, the blame game and the rifts are continuing. Hence, from watching Andrei fight with Libby’s sister Becky, the viewers are now witnessing him blaming Charlie for calling immigration. However, fans opine that maybe Elizabeth’s brother is innocent, and these accusations are false. Keep on reading to know the clues that support fans’ opinions.

The 90 Day Fiance star couple Andrie and Elizabeth, aka Libby, decided to walk down the aisle without the latter’s parents’ permission. Indeed, this caused a rift between the two families. Since then, if Andrie has even the slightest inconvenience, he puts the blame on his in-laws. Recently, while the TLC celeb was figuring out what was wrong with his green card issue, his attorney revealed that someone might have called immigration intending to deport him back to Moldova. Hence, since then, he has been accusing Libby’s brother Charlie of doing so.

However, fans opine differently in this situation. Hence, the viewers took to Reddit to discuss this matter and share their opinion. A 90 Day Fiance viewer started a thread by asking the thoughts of the regular watchers on the issue. Apparently, they called the entire scenario fake and scripted, as per ScreenRant. Not only this, but some even believed that fans are usually emotionally invested and get bottled up to the extent that they forget the fact that TLC is often known for fabricating drama. In addition to that, the majority opines that Charlie lacks the intellect to think of this master plan and implement it at the same time.

A user added that Charlie isn’t smart enough to plan this and even to dial the number of immigration. Evidently, the viewers have witnessed Charlie dealing with clashes and fights with Andrie. Hence, they can determine to what extent the celeb can go and cause harm. Moreover, the majority of the 90 Day Fiance fans think that maybe Andrie is simply overthinking and is cooking up stories to justify the situation. As per the viewers, in reality, Charlie is innocent and has nothing to do with the chaos.

90 Day Fiance: If Not Charlie, Then Who Is Conspiring Against Andrie & Is Family

Indeed, someone has called immigration on Andrie. But if it wasn’t, Charlie, then who is conspiring against the celeb? Apparently, it should be someone who is jealous of his happy life with Libby and wants to rift it apart at any cost. Not only this, but it should be someone who has all the details and is smart enough to know how the immigration system works, whom to call, and what to say. Hence, fans feel that Charlie isn’t the one who might have so much personal information about his brother-in-law. But then, who did it?

Apparently, fans have been speculating that there’s a fair chance that Charlie’s wife, Megan Potthast, would have something to do with it. A user claimed that Megan always seems to be jealous of Libby and Andrie’s stardom and always has issues with them. The user further added that maybe Potthast did this to deteriorate the star couple’s image and tarnish their reputation. However, these are just speculations that the real culprit hasn’t been caught yet. Hence, the world is yet waiting for the star’s confirmation about he did this heinous act. Keep coming back to TV Season & Spoilers for all the latest 90 Day Fiance tea.