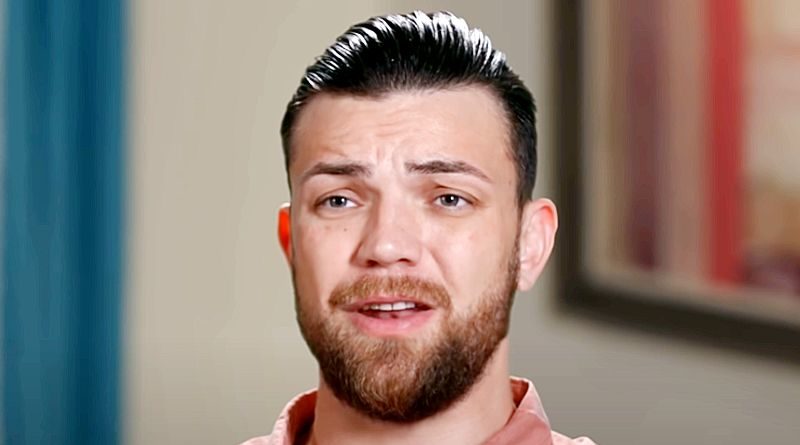 Andrei and Libby’s storyline on TLC’s reality show has been one of the most controversial ones this season. Things have been pretty rough between the 90 Day Fiance couple and, of course, Elizabeth’s family. Yet, the couple wants to live together and is trying to get Castravet’s visa reviewed for him to be able to stay in the US. However, Andrei’s past has been surfacing online, and there are chances that he has a criminal history. Hence, he might get deported soon. Let’s take a detailed look at this.

90 Day Fiance: Was Arrested For Embezzlement In Moldova

TLC’s popular star Andrei Castravet has got much criticism for a lot of things he has done on the show. However, his criminal history is now surfacing on the internet. As a result, the TLC personality is getting much more shade than before. As TheCelebGuy reveals on his YouTube channel, some reports have come up revealing that Andrei had been arrested in Moldova back in 2005. In fact, as per the document, there is a possibility that Andrei was in prison for almost four to five months.

Well, even though the document says he was born in 1946 instead of 1986, there is a solid chance there is an error in the display. This is because all rest of the details on the report matched with that of Andrei. It mentions his name, the city he lived in, Chisinau in Moldova, alongside other details like him being a cop back then. Hence, it’s most likely that the Andrei Castravet mentioned in the document is actually the one that appeared on 90 Day Fiance.

However, the case is a little more complicated than it looks. The document reveals that Andrei (potentially) was arrested for embezzlement when he was a detective. Whereas, the person mentioned in the document was in prison for around four to five months but sued the country for wrongful conviction. In fact, he also ended up winning the case and was paid the legal fees as well. Hence, in the end, even though he was arrested, the person is legally not a criminal and a victim of wrongful conviction.

90 Day Fiance: Andrei Discusses His Past On The Show

In one of the recent episodes, Andrei shared something disturbing about his past. This conversation eventually started the talks about the 90 Day Fiance star’s criminal history. TV Season Spoilers previously reported that Andrei talked about how he was asked to do something illegal. Well, he said, “When I was working in the law enforcement, you actually have to do things, things that are not actually legal”. Castravet also added that someone who has “connections” asked him to do it.

Andrei revealed that he eventually refused to do the illegal thing. However, this refusal welcomed some troubles for him, including threats to his life. Due to this, he even had to leave his hometown. Well, fans think that the story that Andrei mentioned aligns with the recently discovered documents of his criminal history. In fact, this might become an issue in the processing of his visa to stay in America.

This is because those with any criminal history have no legal right to stay in the country. However, given th at the case was of wrongful conviction, he might still have a chance at his visa. Well, we will only know that in the future. What do you think about Andrei’s past? Do you think he will be allowed to stay in the US? Share your views in the comments below. Also, keep connected to TV Season Spoilers so that we can give you more updates on this topic.