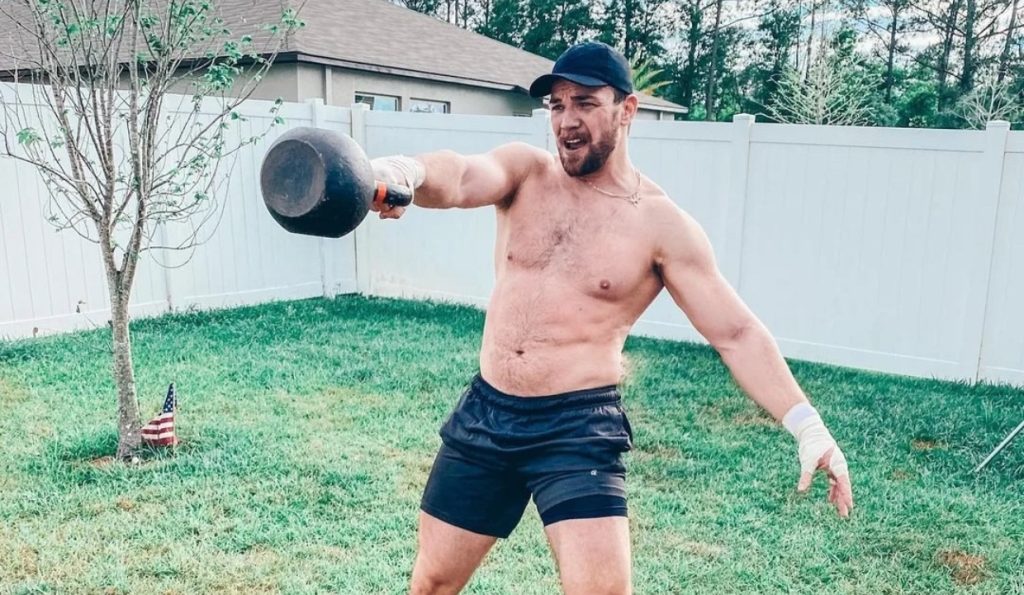 Andrei and his wife, Elizabeth Potthast, made their debut on 90 Day Fiance season 5. Since then, they have appeared in several other spin-offs. They had been in a long-term relationship earlier, as she lived in the United States, and he worked as a bouncer in Dublin, Ireland. But now, the couple lives together in America and are parents to two adorable kids. Since Christmas is around the corner, Andrei is in a full festive mood. Despite this, he is driven towards losing some pounds before having a big feast. Recently he shared a photo of himself on Instagram. How does Andrei look now? Tune in to know everything about his weight loss look.

Andrei Castravet and his wife, Elizabeth Potthast, are fan favorites. Thus, they keep coming back on the show 90 Day Fiance. However, their marriage has not been easy. Therefore, they had to endure several hurdles to be together. Now the couple has two adorable kids, Ellie and Winston. Andrei shares a lot of pics with his little ones. The star is a fitness geek, as evident through his Instagram posts. He is humourous on Instagram rather than on the reality TV show. The celeb also shares his workouts and diet with followers who may be interested in losing weight just like him. Andrei took to Instagram to tell his followers that he focused on losing some pounds before Christmas. He wanted to so, to balance the effect of having tons of food during the holiday.

The father of two also posted a shirtless video of himself in a gym to show his fans his dedication to working out. Andrei is quite health-conscious, and it seems like he is also working out to stay fit. Speculations suggest that he is doing this so that the Maldivian man does not end up having a dad body. The 90 Day Fiance castmate shared a video of himself stepping on the scale. He shared this with his followers in another Instagram story. Moreover, the weight that he shared eventually settled at 239.4 pounds. This isn’t the first time Andrei has shared his progress with fans after the birth of his daughter. The celeb seemingly appeared to gain a few pounds. However, it feels that he does not want that to happen again. Therefore, after the birth of his son, he really wants to get in shape.

Elizabeth and her man got married after a long hustle. At first, the 90 Day Fiance star, Andrei Castravet, worked as a police officer in his country and was later removed from his position. But he continues to maintain that he was not corrupt, unlike his colleagues. Later, he switched to working as a bouncer in one of the clubs in Ireland. Apparently, that was not enough to relieve the stress of Libby’s parents. The father of three had to shift from his hometown to the USA after that. Andrei did so after falling in love with Libby. Unfortunately, he was unemployed there, which was Libby’s father’s main concern.

Well, Chuck’s concern ended as the 90 Day Fiance star found a perfect job for him. That’s because he got his real estate license, making him eligible for his new job. Now the star is happy in his career and finally earns for his family. He also mentioned that this work is great for him as he knows how to convince people. This, in turn, helps Andrei sell houses. Do you think that he looks different in the recent pics? Do you believe that he looks a lot slimmer now? Keep coming back to TV Season & Spoilers for all the latest reality TV updates.