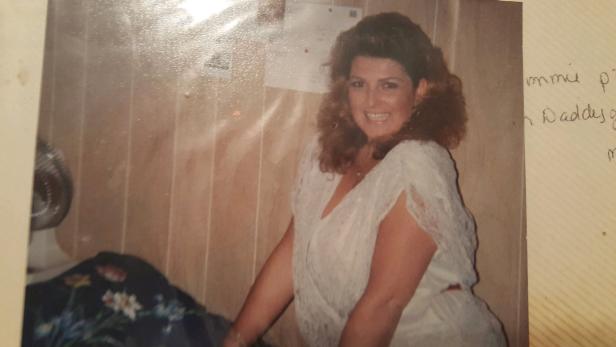 Lately, 90 Day Fiance fans have been talking about Angela Deem’s after-surgery photos. But, do you know how she used to look way before her surgeries? Angela Deem had a totally different look when she was in high school. The star even changed her dark-colored hair to blonde. However, she was always the chubby and carefree kid ever since the start. Let us take a look at how she looked before.

Angela Deem was born on September 12, 1965, in Florida, United States. The star always looked almost similar to what she is today. Angela has always been a chubby kid. Starcasm reported the throwback photos all the way back from her 1981-1983 yearbook. Angela Deem, in her Sophomore year, looked somewhat same as Honey Boo Boo from Mama June.

Angela had curly, dense, and dark hair. Fans can easily recognize young Angela from her smile and same pointed nose. Moreover, Angela Deem looked most gracious in her 20s and 30s. The star has a throwback photo where she is wearing a white dress and has a broad smile on her face. 90 Day Fiance star looked like a perfect beauty. Undoubtedly, Angela tried to become the same beauty now with the surgeries and upliftments.

Angela Deem didn’t planned to come to the reality world. In Touch Weekly reported, the star worked in the healthcare industry as a nursing assistant before joining the reality world. No one knows whether Angela left the medical world or is still going on with it. However, everyone knows that the star has made her significant space in 90 Day Fiance.

If you don’t know, 90 Day Fiance is not Angela’s first gig. She was first featured on Maury. That was the show where Angela first started her drama. She was there on Maury to prove that Scottie’s boyfriend is not the father of her grandbaby. However, by the end, it was confirmed through paternity tests that Terry was the father of baby Ariah.

Angela Deem first appeared in 90 Day Fiance in 2018. She met Michael through social media. The couple then decided to take their relationship to another level. Angela was from Georgia and Michael from Nigeria. Instead of such long-distance, the couple managed to tie the knot. However, they failed to have a smooth run in their marriage.

Ever since the wedding day, Angela and Michael have been facing problems. And, now comes the time when the marriage is almost on the cusp of breaking down. Even Angela is thinking of divorce now. However, Michael is fearing that he might not get a green card to America if Angela decides to break the marriage.

Fans always knew that Angela and Michael’s relationship would not work out. Therefore, it will not be a shock if it ultimately falls down. Recently, Angela went through gastric sleeve reduction, liposuction, chest surgery, and two hernia removal surgery. Moreover, the star is also looking forward to getting a facelift. However, her smoking addiction is restricting her from getting it. Now, after all the surgeries, Angela looks slimmer and more confident in her body. Let us further wish the star to have happiness in her life.