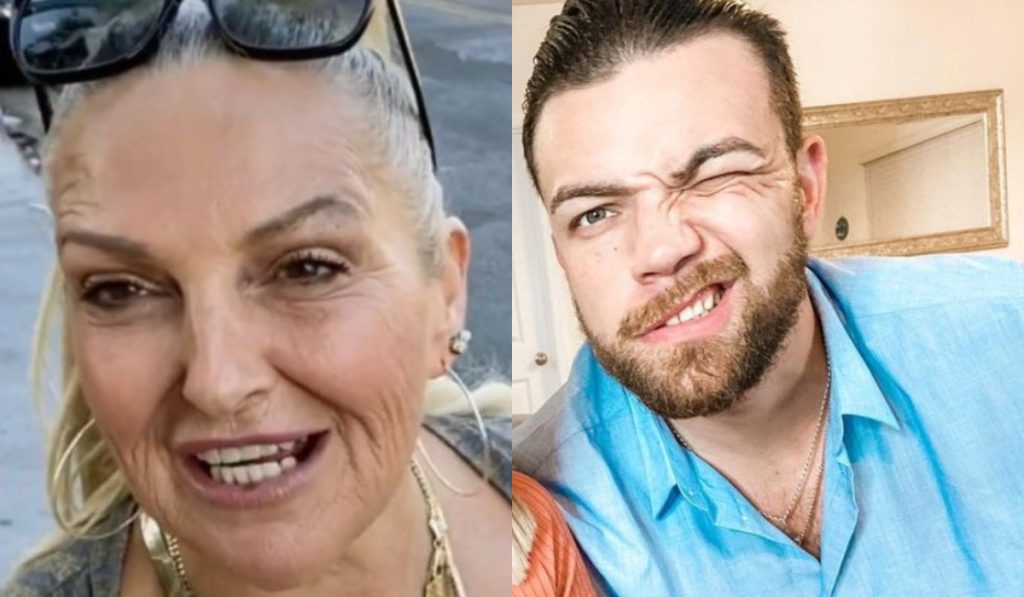 90 Day Fiance: Angela Is Looking For New Partners, Has A CRUSH On Andrei Castravet? Fans Say — “What Is This Woman?!!”

Angela Deem has come off as very loud and controlling since her very initial days on 90 Day Fiance. When she and Michael made their debut on The Other Way, viewers could tell that they were polar opposites. While the wife was very authoritative, her husband came off as very patient and meek. Despite this, they couldn’t make their relationship work as Michael’s cheating came into the limelight. During the Tell All episodes, fans could tell that this castmate caught the fancy of Angela. In fact, they started the man Angela’s new crush! Keep reading to know who it is and why fans feel so.

90 Day Fiance: Angela Changed Her Behavior In Front Of Andrei! Crushing On Him?

Angela Deem has had a history of creating havoc during the Tell All specials. Well, no one can forget when she flashed herself while angrily talking to her husband Michael and his aunt last year. It was so disturbing for the fans that they wanted TLC to fire her. In the latest Tell All of 90 Day Fiance: Happily Ever After, she again made a grand entrance. She was greeting everyone but had all sorts of negative things to say about Usman ‘Sojaboy’ Umar. Angela then also had a fight with Yara Zaya for no reason because the latter was simply telling her to sit down and “respect” people. However, the 90 Day Fiance fans also observed something strange in the episode.

Many fans feel that Angela didn’t behave like herself in front of Andrei Castravet. When the latter would make a point or speak up during discussions, she didn’t interrupt him. In fact, the 56-year-old had a soft voice while agreeing with him, as per ScreenRant. Moreover, both of them took a cab together when all the castmates were headed to the bar. There was a moment when the Moldovian man leaned a bit toward her. So, the 90 Day Fiance viewers could tell through her body language that Angela liked the attention. Others pointed out that she got “heartbroken” after Michael’s cheating. So, her mind must be running in all sorts of directions. However, Angela didn’t do anything inappropriate or cross any lines while interacting with the young father. So, the audience stated that it was just a pointless crush and surely didn’t mean anything.

Angela Deem is one of the very few stars who have been problematic from the very beginning. Well, she has clearly not changed her ways. It was evident in the latest Tell All segment when she had a verbal spat with Yara and Usman both. In fact, there was also a moment in the Happily Ever After episodes when she hit Michael, and his brother had to separate the two. In fact, Angela also hurled abuses at the crew during the filming once. So, the fans believe that TLC wouldn’t want their network to go undergo trouble because of one person’s actions. But, there is no confirmation if the network will pay heed to the audience’s pleas or not.

On the other hand, fans have been complaining that they no longer enjoy Angela and Michael’s segments on the show. After seeing the former’s violent behavior and the latter’s cheating history, they have termed the relationship to be quite toxic. In fact, the drama factor is also not appealing to the audience, and they want to see other castmates in place of Angela and Michael. However, TLC has not yet reacted to all these complaints, so no one really knows what the future holds for the couple and their show. Keep coming back to TV Season & Spoilers for all the latest 90 Day Fiance updates.