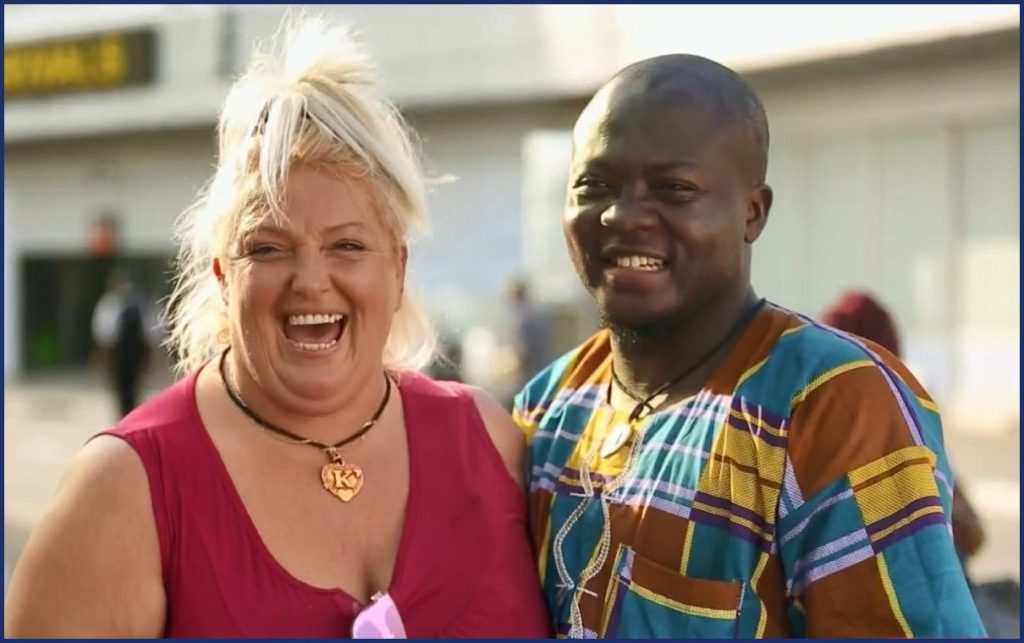 Angela and Michael have been a huge part of 90 Day Fiance. Their journey began when the former moved all the way to Nigeria to be with her man. Despite such a sacrifice, they continued to have differences and fights. At last, they got married in Nigeria. Now they currently starring in the Happily Ever After spin-off series. TLC viewers were convinced that they saw the couple have their final fight in the latest episode. However, new evidence suggests that they didn’t separate and are still together! Keep reading to know more details about this.

Angela and Michael had a lasting impact on the 90 Day Fiance audience. While the former has a reputation for being loud and flirty, Micheal is the opposite. That’s because he is meek and patient. Despite such an odd combination, they were able to make their relationship work. However, it appeared as if they would most likely get a divorce in the latest Happily Ever After episode. Angela appeared at her husband’s house unannounced from America and began ripping his car apart. There were instances of physical and verbal abuse too! But it all was stopped before something serious happened.

Surprisingly, a Redditor revealed through a post that Angela and Michael are still together. It turns out that the person ended up meeting the meemaw in person. It happened when Angela was shooting for the tell-all. That’s when she asked about their relationship status. As the 90 Day Fiance couple is under contract, they can’t reveal things clearly. However, the fan revealed that the way Angela was talking about Michael made her feel like they were still going strong. In fact, Angela “b****ed” a lot about her man and said she couldn’t “handle” him sometimes. Now, viewers will have to wait for the anticipated tell-all to know all the details.

90 Day Fiance: Angela In Handcuffs? Is TLC Hiding Something?

Angela and Michael had one of the ugliest fights on 90 Day Fiance: Happily Ever After. As mentioned above, the Georgia native was in Nigeria to meet her man. She came to his house unannounced. He refused to come out to see her. That’s when Deem started to ruin his car and even took off the number plate. It was a chaotic mess, and the Nigerian man had to show up, and he did so while calling her “crazy” multiple times. During her confessional, 90 Day Fiance viewers noticed odd bruises on Angela’s wrists. That’s when speculation began about her getting arrested.

Therefore, fans of the show began shunning TLC for hiding something. Some other viewers mentioned that it is a possibility that Angela hurt herself while ripping Michael’s car apart. Chances are that no one called the cops on them, and nothing major happened. However, there is no clarity about this situation as no castmate or TV network has shed light on this incident. Do you want to see Angela and Michael get back together in the upcoming episodes? Tell us in the comments below. Until then, keep checking TV Season & Spoilers for more 90 Day Fiance updates.