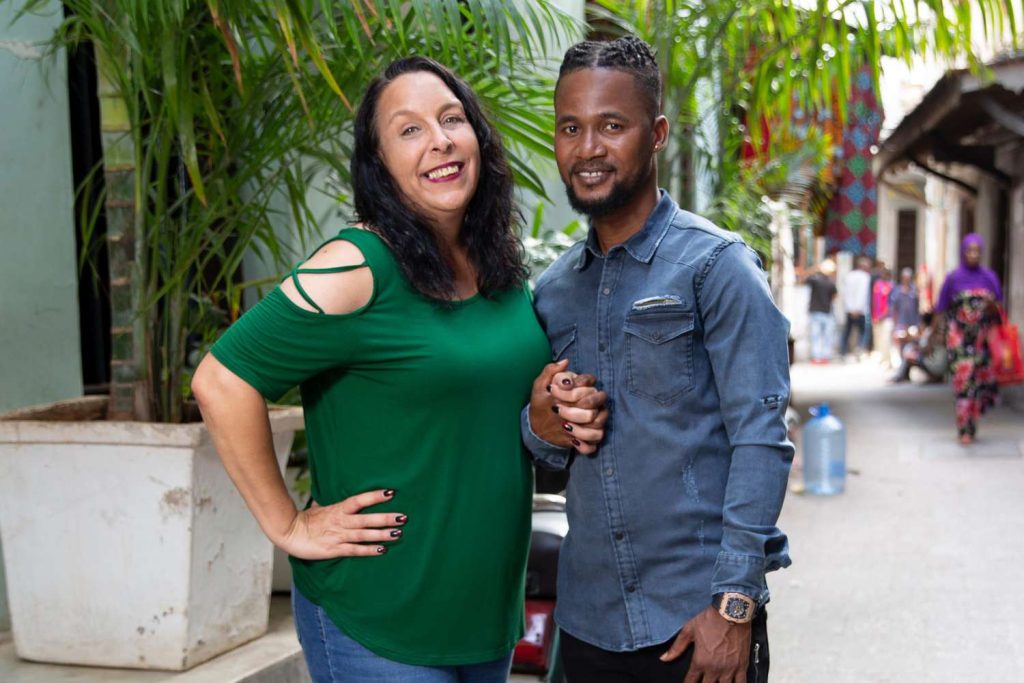 The 90 Day Fiance ex-couple Usman and Kimberly are one of the most problematic stars to have been featured on the show recently. Well, their issues were never-ending. Initially, fans thought that they made an odd couple because of their differences. Evidently, the duo belongs to a different culture and generation as well. Yet, Kim and Usman were trying their best to make things work and walk down the aisle. However, it seems that some things are not meant to be. Hence, they recently broke up after a vigorous fight. Not only this, but lately, their height difference has become the talk of the town! Yes, you heard it right. We have all the information you might wish to know, so keep on reading.

Indeed, it’s true that there are a lot of aspects that the audience cannot judge by just looking at the episodes. Hence, a clip from the past became the talk of the town recently. In that, as usual, Angela was screaming and yelling at a fellow 90 Day Fiance cast member. But amidst that, Deem claimed that the Sojaboy Usman Umar is a 5’2″ wannabe. Since then, fans were confused because on-screen Usman and Kim look almost the same height. This is because Kim revealed that she is 5’9″. Then, what exactly is Sojaboy’s height, and is he really shorter than Menzies?

To clear out the air, an Instagram user named Morebiggy recently shared a meme and titled it, saying, “Me thinking about how Usman’s only 5’2”. Not only this, but the user also shared Angela’s clip and tagged Kim, and asked if it was true. Apparently, Kimberly revealed that the Sojaboy’s height is exactly the same as hers and is 5’9″! Not only this, but she further wondered from where this 5’2″ height rumor started. In addition to that, fans replied to her and asked her why she was defending her ex.

The 90 Day Fiance star didn’t take a step back and replied that she wasn’t defending anyone. Kimberly further added that her fans asked her. Hence, she decided to respond and clear out the confusion. Indeed, fans didn’t leave the opportunity to slam the matriarch for parting ways with Usman and Deem’s fight. A user mocked Menzies by suggesting she was afraid of Angela. Apparently, Kimberly also replied to that and added that it wasn’t her fight and that it was between them. She further clarified that she prefers to stay out of sh*t.

90 Day Fiance: Kim Stays Out Of The Vigorous Fight Between Deem & Usman

The 90 Day Fiance star Angela Deem is one the most chaotic personalities on the show. Apparently, her fights are never-ending, and she never fails to create drama. In a recent Tell All episode, Deem entered and greeted everyone pleasantly but showed her middle finger to Sojaboy. Umar was attending the shoot via facetime. However, both of them got instigated that within no time, the set was full of yelling and shouting. Not only this, but Kim instantly decided not to become a part of the heated conversation as facing Deem is not an easy task.

She made it clear that she wasn’t a part of it. Hence, Kim asked Angela not to drag her into this. Apparently, fans are tired of Deem’s drama. A fan commented, pleading to the network to take the violent celeb away from the screens forever. At the same time, another one added that she is just doing all this to get the limelight. However, the majority supported and appreciated Kim for not getting involved in the chaotic fight. Keep coming back to TV Season & Spoilers for all the latest Sister Wives tea.