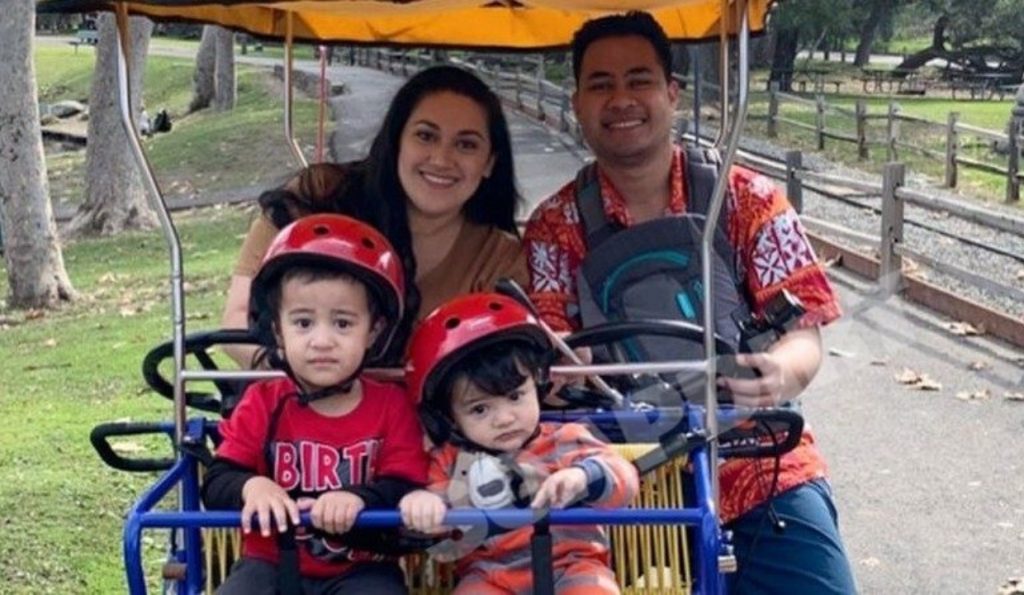 90 Day Fiance: Asuelu & Kalani Getting Back Together? Reunite After Months In New Video

Asuelu and Kalani have been running on 90 Day Fiance for a long time. Both of them featured in the original franchise and showcased their journey in Happily Ever After, Pillow Talk, 90 Day Diaries, and so on. However, this year fans sensed there is tension between the couple through their various social media posts. At last, Kalani announced her move to California with her kids while Asuelu was in Samoa. Although they didn’t make a public announcement, it was clear that they had separated because of the distancing. However, new posts on Asuelu’s Instagram are proving otherwise. Many fans speculate that the couple might just be back with one another.

90 Day Fiance: Asuelu Flies Back To California! Getting Back Together With Kalani?

When Asuelu and Kalani began their 90 Day Fiance journey, they were also expecting their first child together. Hence, they had a lot on their plate, from figuring out their relationship to learning the ways of parenting. However, things took a drastic turn when the viewers began calling out the Samoan man for his immature behavior and his unwillingness to help his wife with running the house. Their families also had tensions that made for a lot of drama. Later, in 2022, Kalani and Asuelu finally started hinting that they might just split soon. As mentioned above, fans got a clear picture when Kalani moved to Los Angeles, and Asuelu was back in Samoa. However, the latter’s Instagram reveals that he is back with his family.

Apparently, Asuelu flew back to California. He put up a video of his loving sons, Oliver and Kennedy, reacting to seeing him after ages. It was wholesome to watch the kids meet Asuelu after so long. So, the video got a lot of love. Since then, the 90 Day Fiance fans have been assuming that the couple is back together. They even gave the family blessings and hoped they would stay this way in the future too. However, others believe that Asuelu might just be back in California temporarily just to see his kids and also because it’s the holiday season. However, there is no confirmation about Asuelu and Kalani’s relationship status as they refrain from making announcements like these on social media.

90 Day Fiance: Kalani’s Cryptic Posts Hinted She Was Single! Back Again With Asuelu?

Longtime 90 Day Fiance viewers must know that Kalani and Asuelu were living with their kids in Utah first. However, the former was not happy with this. She often expressed her wish to go back to California. At last, it finally happened when the couple sold their Utah house before moving. Kalani also made a huge deal out of getting flooded with old memories while packing for her new house. Apart from this, the celebrity began making a lot of posts with her two baby boys after moving to Los Angeles. As there was no hint of Asuelu in any of them, viewers assumed they were finally done.

On the other hand, Asuelu also started making a lot of TikToks and Reels on his handle. His wife had earlier complained that he blocked her on social media. Well, the Samoan man started to make a lot of posts about his single life on his Instagram too. However, none of them made an official announcement about their breakup on social media. Therefore, fans were confused as ever after seeing their social media activities. But, Asuelu’s new update about meeting the kids has everyone speculating that the couple is trying to make amends. How do you feel about Asuelu and Kalani’s bond? Tell us in the comments below. Until then, TV Season & Spoilers is here for you with all the latest 90 Day Fiance updates.