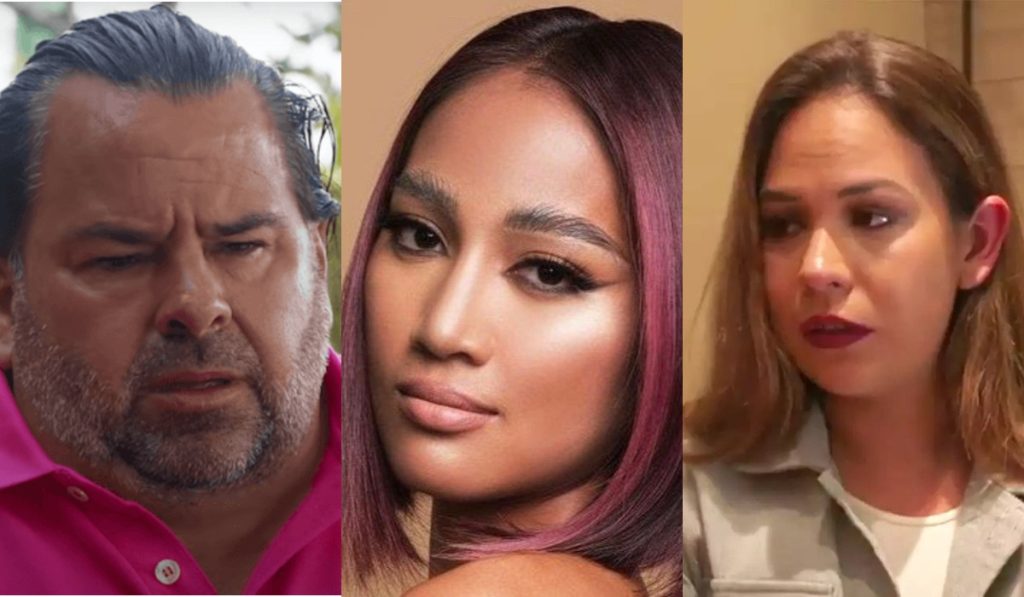 90 Day Fiance: Big Ed Cheated On Liz By Going Back To His Ex, ROSE?

Big Ed became a very famous TV star after his 90 Day Fiance debut. Along with him, his partner, Rose Vega, was also responsible for his success. Both of them became viral sensations when a clip from their show took over the internet as a meme. Since then, Big Ed has continued to associate with the TLC franchise and has appeared in multiple spin-offs like The Single Life and Happily Ever After with his fiance, Liz. However, their relationship isn’t going all that well, and something shocking comes into the limelight. Well, it turns out that the American man has tried reaching out to his ex from Philipines, Rose, while being engaged to Liz! Keep reading to know more details about this.

Big Ed has been under fire several times since his debut on 90 Day Fiance. The viewers gave him a hard time for being disrespectful to his girlfriend, Rose, on Before The 90 Days. At last, the latter took a stand for herself and became the MVP of the show after breaking up with the vile man. It turns out Big Ed has again gone back to his old ways and has been having trouble with his current fiancee, Liz woods. Well, things took a very drastic turn in the latest Tell All episode. That’s because fans got to know that Big Ed had tried to cheat on Liz during their relationship. The noted waitress called him out first for being on an Asian dating app.

At last, Rose Vega, who is Ed’s ex from the previous spin-off, also starred in the show. She made an appearance to reveal something shocking. She told everyone that her ex had tried to contact her. While the 90 Day Fiance star denied these allegations, Rose made sure to come up with proof. At last, his partner, Liz, was the one to read the screenshot. It had Big Ed complimenting Rose for looking “amazing.” Along with this, the San Diego man also wanted to come to the Philippines once again to meet her in person. After this, Ed was feeling no sense of guilt. Instead, he was trying to calm his lover down by saying she needs to “sit down”. Eventually, Liz was exhausted too and said she was “tired” of all the lies.

90 Day Fiance: Big Ed Cancels His Wedding With Liz To Flirt With Other Women?

Big Ed and Liz got engaged to one another in The Single Life season. Despite having a turbulent relationship with multiple breakups, they have been together. So, they also joined the Happily Ever After franchise to showcase their life after the proposal. As predicted, their journey wasn’t fruitful, and they had to undergo lots of differences and drama. One of the most dramatic moments on the show was when the San Diego native told his partner that he wanted to “take things slow”. So, he wasn’t ready for them to tie the knot. The castmate very poorly tried to diffuse the tension by saying he doesn’t want to marry Liz or anyone. While Liz was heartbroken

, she walked away from him while slamming the door shut.

After the cheating reveals, the 90 Day Fiance fans are now assuming that Big Ed never had the intention to marry Liz Woods. Instead, he wanted to go behind her back and get together with other ladies. Now fans remain curious as ever to see what will happen to their relationship. As of their last update, The couple has broken up ten times already since they started dating each other and met in The Single Life. Well, only the upcoming episodes will reveal what happens next for them. Until then, stay tuned to TV Season & Spoilers for all the latest 90 Day Fiance updates.