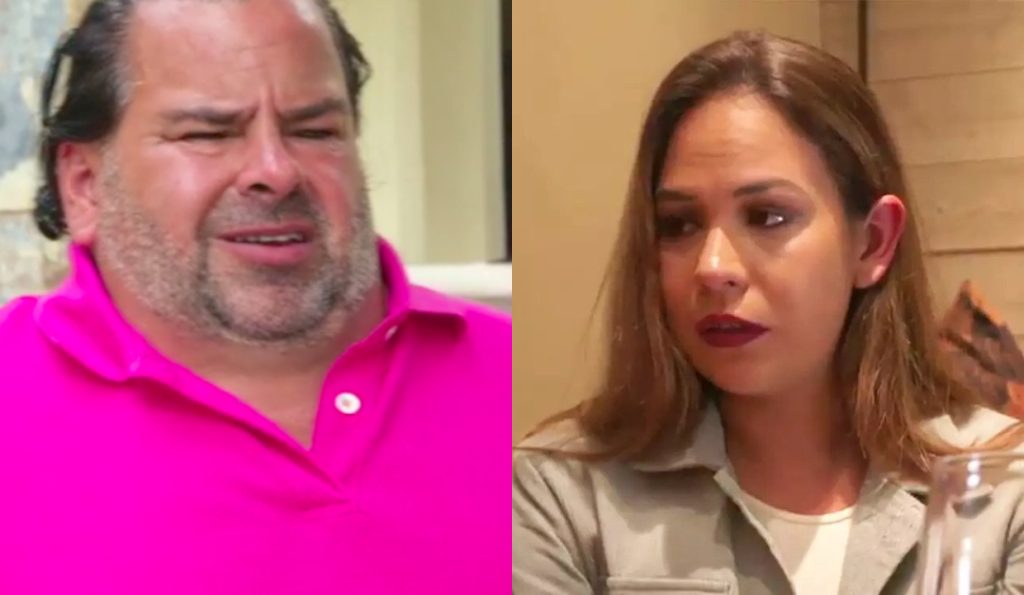 According to a majority of 90 Day Fiance fans, Big Ed is one of the most toxic characters in the show. Apparently, his storyline with Liz has never been out of the drama. Fans remember that the star couple parted ways eight times in a row last year, and Ed definitely won’t leave a chance to increase the count as well. However, the couple came back together and had their second engagement as well. But it seems that it wouldn’t last for a long time as Ed doesn’t want his partner to work anymore. We have all the information you might wish to know, so keep on reading.

90 Day Fiance: Ed Is Not Fine With Liz Working Late

The 90 Day Fiance fans know that Big Ed and Liz have never been two peas in the pot. Apparently, their relationship has always revolved around Ed accusing his partner of being a lesbian. Whereas Liz slammed him back for being controlling in their relationship. However, the duo has decided to mend their relationship and makes things work out despite Liz throwing her engagement ring in the bush. But it seems that the duo has overcome these issues and has created new ones for themselves.

In an exclusive clip by ET, the star couple was featured arguing about their future. It seems that when it comes to their future, they aren’t on the same page. Apparently, the feud started when Liz claimed that she was thinking of taking a bigger role at the restaurant she works in. She further mentioned that there would be times she won’t be able to come home early and has to do night shifts as well. However, this was the point where the 57-year-old couldn’t tolerate the idea. Big Ed simply claimed that he’d never be okay with it.

Further in the clip, Ed mentions that his main concern regarding Liz working late is because of the people she works with. Evidently, Woods is surrounded by young adult kids who are still in school, and their main goal is to earn money and party in excess. As per Big Ed, his insecurity lies in the past. Apparently, he accepted that earlier, where Liz used to work, her coworkers didn’t like him. Not only this, they used to keep whispering in her ears about their relationship. So, according to the 57-year-old, that led to the duo’s breakup. So, this was his lame reason for not letting Liz work till late.

The 90 Day Fiance fans know that Liz and Ed love to fight with each other. However, it seems that the 29-year-old has now given up on her partner. Apparently, she knows that Ed won’t take his step back, and every feud will lead to an added count in their breakup list. Hence, Woods has decided to live a life as per her partner. In a recent clip, after a brief argument, Liz simply said that she would follow Ed’s terms. The celeb further added that it’s her job and her title still; yet, she’ll do according to her partner’s wish because she doesn’t think that the topic is not worthy enough to be fought on.

The 29-year-old further adds that she’ll walk back to work, get her payment, and then will follow ‘his terms’. Ed interrupts and says, ‘our terms’. But it seems that Liz is just not taking anything from the star now. She slams back, saying that it’s Ed’s terms and not hers. In another clip, Woods accepts that Ed is keeping his insecurities before her and his resistance makes her feel that maybe someday she will have to choose between her partner or her job. In the end, she just says that she needs a partner. Keep coming back to TV Season & Spoilers for all the latest 90 Day Fiance tea.