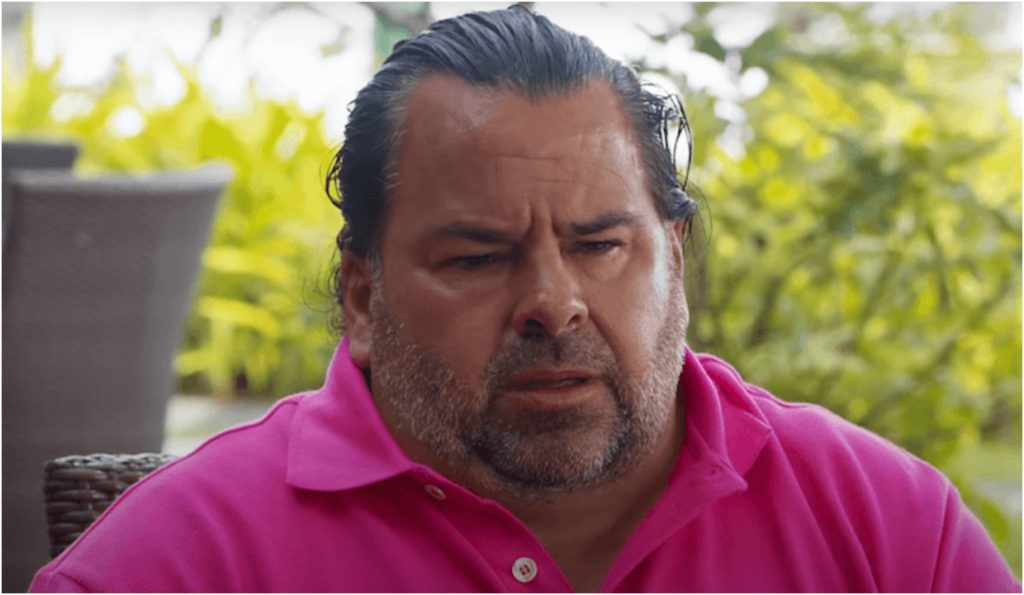 The 90 Day Fiance star Big Ed and his girlfriend Liz have always been in the limelight because of their chaotic relationship. Apparently, they parted ways eight times in a row last year while increasing the count this year as well. However, the couple is back together and is planning to throw their second engagement party because the first one did work out well. But in a recent episode, fans noticed something unusual about his health. It seems that Ed might be dealing with some serious health issues. To know more, keep on reading.

90 Day Fiance: Fans Doubt If Big Ed Would Survive Till His Next Birthday Or Not

The recent episode of 90 Day Fiance featured the couple packing bags as Big Ed wants his fiance to meet his family members in Arkansas. The duo discussed their past as the San Diago native revealed that he was the most spoiled child among his siblings. Not only this, but he also states that his parents are divorced, and he has never really had contact with his father since then. The TLC star then took Liz to the playground he played in as a child. The episode had a full-body clip of the celeb, which reveals that the 57-year-old might be dealing with several health issues.

Fans took this issue to Reddit and expressed their opinions on the platform. A user posted his full body image and wrote that there is a possibility that the 90 Day Fiance star might not survive till his next birthday because of the circumference of his waist. Another one doubted the star’s cardiovascular health as he had physical signs of heart disease. Fans also thought that more than heart disease, it could be severe diet issues and hormonal disbalance. TLC viewers are aware of the drinking habit of the 57-year-old, which gives a fair chance of having the liver disease as well.

With changing girlfriends, the star has also decided to change his outlook. The 90 Day Fiance star made his debut with Rose Vega. From Rose to Liz, the journey has been chaotic and nasty. However, his weight loss is the only positive aspect of his journey. Apparently, Ed looks like a completely different person after losing 25 pounds of weight. Fans have noticed the star’s pattern of losing weight. People need motivation; Ed needs a heartbreak that triggers him to devise a revenge body.

Fans remember the time when he got his first divorce finalized. Apparently, the San Diago native went under severe heartbreak. He lost 35 pounds to let his ex know what she missed. Not only this, TLC fans know the breakup patch-up pattern of Liz and Ed. The couple had this pattern more than eight times in a row, leading the star to lose around 15 pounds. Not only weight loss, the star decided to chop off his nasty unruly hair and get a sleek, stylish haircut. So fans know that if you need Ed to evolve, you first need to break his heart! Keep coming back to TV Season & Spoilers