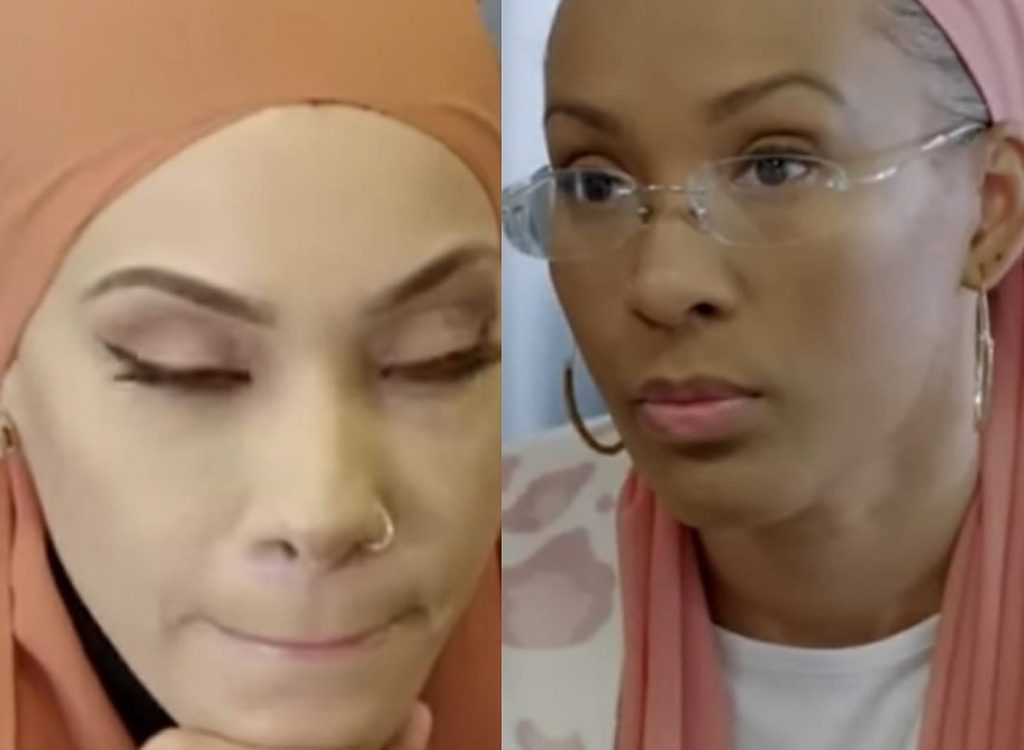 90 Day Fiance Season 9 introduced us to these two beautiful people, Shaeeda and Bilal. They met after a mutual friend of theirs introduced them to each other. Bilal from Kansas traveled all the way to her country to meet her. She then applied for a K1 visa and shifted to America to live with him. However, things were not as smooth as she was imagining them to be. The Kansas native decided to prank her and never took her to his real house. Also, his ex-wife Shahidah believed that Shaeeda was a gold digger, and she was dating him for his money. The two of them got married in the finale and are happily married now. However, their happiness does not last for very long as Bilal’s ex-wife is again intervening in their life. Keep reading to know the details.

The 90 Day Fiance viewers have been witnessing the intense journey of Shaeeda and Bilal. Although trust issues became a major problem in their relationship, additional issues arose after his ex-wife Shahidah started interfering in their happy life. Initially, she was the one who told Bilal that Shaeeda was a gold digger

, and that led to him asking her to sign a prenup agreement. Fortunately, things changed, and the couple got serious in their relationship. Moreover, their trust issues were also fading with time. Nonetheless, there again entered his ex-wife to make the matter even worse.

Bilal and his new wife Shaeeda are now appearing on the latest outing of the Happily Ever After spin-off. Fans are getting to know more about their life after marriage. In the latest episode, Shahidad walked into a restaurant where the couple was enjoying their dinner date and threatened Sween, as per ET

. She aggressively walked to their table and asked about when she shouted at Sween.

The Trinidad and Tribago resident said that she was ready with her boxing gloves. Her tone was very harsh when Bilal’s ex visited to talk to her. The fight got brutal as both the ladies continued to accuse each other. Shaeeda asked her to apologize for her behavior, but she denied that, saying the apology should come from the other way. Moreover, Shahidah asked Bilal to take his new wife away as she didn’t want to do anything regretful. Meanwhile, he was simply sitting at his place and said nothing.

Season 9 of 90 Day Fiance comes with a bag full of surprises. Firstly, all seven couples walked down the aisle, and then three of the couples were pregnant in the Tell-All episode. Now, Shaeeda Sween and Bilal’s pregnancy rumors are catching fire on social media. Reportedly, fans believed that she was pregnant with her first child.

Last month, the reality television couple shared a video on their social media page where she was seen caressing her belly. This made fans wonder if she was pregnant. However, there is no official annoucement from her side. Nonetheless, viewers knew the TV star was in a hurry to get pregnant before she turned 40. So, she could be pregnant and is waiting for the right moment to reveal it to fans.