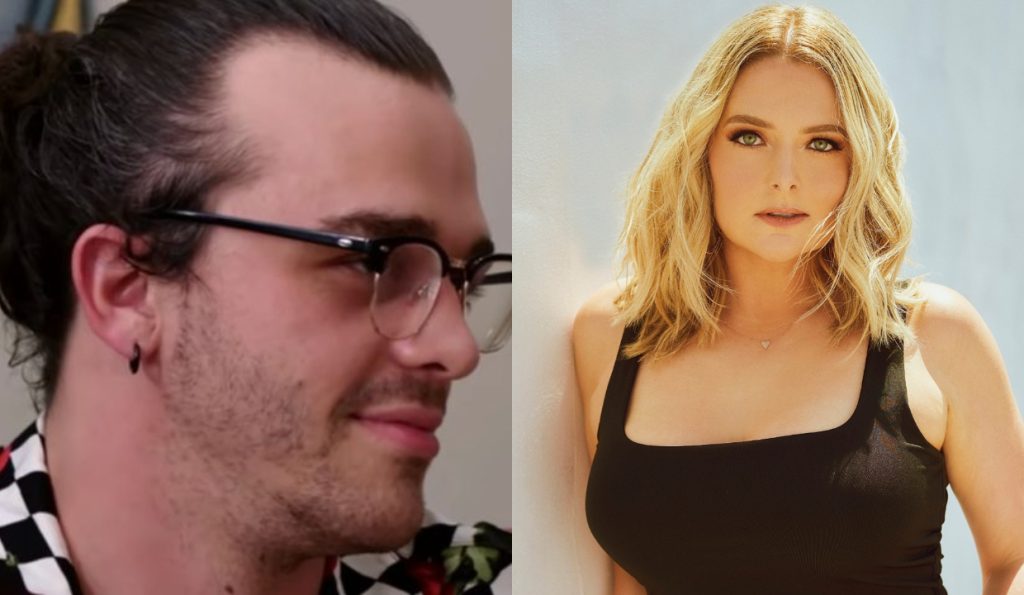 Caleb Greenwood joined the 90 Day Fiance family through his debut on Before The 90 Day. However, his association with Alina Kasha led to a lot of controversies. That’s because the latter’s racist past came into the limelight, and she and Caleb both were kicked off the show. Yet, there was a lot of support for Caleb as fans felt he was not at fault. Hence, they keep track of his life through his social media. Well, it looks like Caleb has moved on and sparked dating rumors with another celebrity. Keep reading to know more details.

Caleb Greenwood’s journey on 90 Day Fiance: Before The 90 Days ended up being quite rocky. As he starred in the series with Alina Kasha, some viewers did some digging and found out she had a racist past. As a result, TLC fired both of them from the franchise. However, as Caleb wasn’t in the wrong, they brought him back for an episode of 90 Day Diaries, where he depicted his gym life. Clearly, the celebrity has moved on by now. It turns out he has been enjoying some new company. This is because popular actress Lauren Ash took to her social media to reveal she was partying with him at a pool.

For the unversed, Lauren is a popular actress who is popularly known for her role as Dina Fox in the renowned show, Superstore. As she made a post about him on her Instagram, 90 Day Fiance viewers began to speculate if the two of them were dating one another. However, there is no such confirmation about such a thing. Yet, fans were happy to see a budding bond with the two while they smiled for a photo in one of her posts. However, viewers are confused as Caleb was recently on a new episode of the show with a new woman.

90 Day Fiance: Caleb Goes On A Date With A New Woman!

Caleb Greenwood made a return on 90 Day Diaries. Apparently, he has been upfront about moving on and shared a lot from his dating life. So, he ended up meeting a girl, Sabina, virtually. While preparing for his date, the star told the cameras that he was looking for a “partner” and didn’t want to be single anymore. As a result, the castmate wished to ask the girl out to meet in person on his virtual date. As their date began, viewers got to see Sabina for the first time. She was heavily tattooed and had bright pink hair.

As the both of them began talking and sharing more from their life, sparks flew. Therefore, Caleb finally popped the question of meeting Sabina in person. Well, the latter ended up reciprocating by saying she would do that. In fact, she took one step further and stated that he was also welcome at her house. Apparently, he can “come over” anytime. Therefore, their date ended on a very happy note. He gave no further updates about her through his social media. Hence, there is no news about their current relationship status.