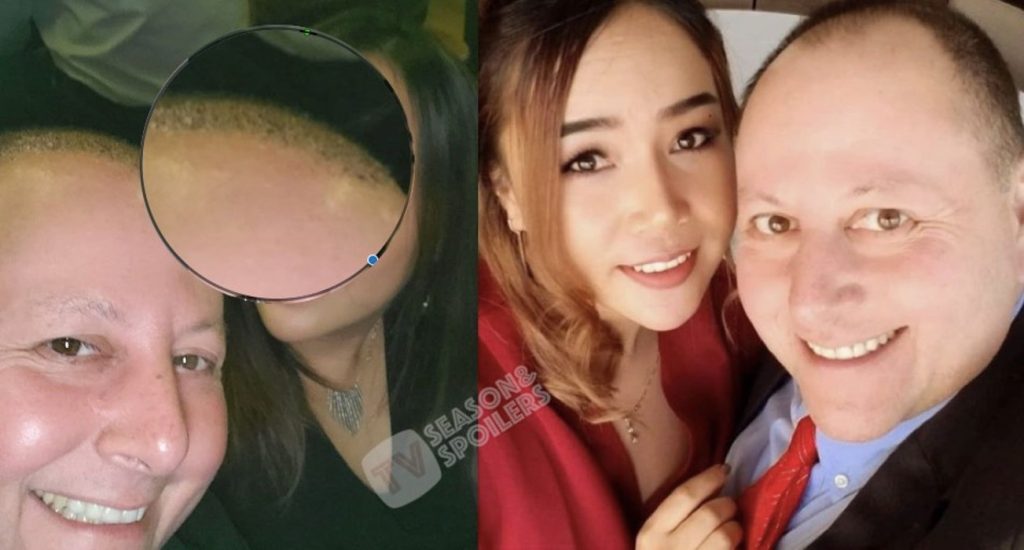 The most awaited season of 90 Day Fiance is finally on its way now. It has been a while since the fans waited for the trailer to release. Finally, it is out now, and it surely hints that the upcoming season is full of spice, drama, and fun. Fans are excited to watch their favorite duo, David and Annie, hit the screen again. Apparently, the couple is loved because of their drama-free and balanced approach toward each other. However, amidst all the love and joy, David has decided to become a monk and has shaved his head! To know what led the star to go above worldly pleasures, keep on reading.

90 Day Fiance: David Turn Into A Monk Amidst The Thailand Trip

The 90 Day Fiance couple, Annie and David, has finally completed five years of togetherness. They tied their nuptial knot on November 1, 2017, in Louisville, Kentucky. Fans remember how David met Annie during his trip to Thailand in a Karaoke bar and instantly fell in love with the star. Since then, the Toborowskys have been together. No doubt, the couple is a pure example of pairs that are made in heaven. Even after 24 year age gap, the couple completes each other. Recently, they went on a family trip to Thailand, in which David ended up shaving his head and turning into a monk.

The trailer begins with Annie screaming ‘Welcome To Thailand’ and then continues with David getting his head shaved. The star nervously states that he hopes his hair regrows. Apparently, he got his hair transplanted in 2020. The couple decided to take Ashley with them, and this was the first time she met Annie’s family as well. The trailer also shows Ashley’s first encounter with a dead body of a chicken and screams in disgust. However, the trailer doesn’t end here, as it has a lot of drama to unleash this season.

The 90 Day Fiance couple’s main intention was to try for visas for Annie’s siblings so that they could get a better education in America. However, the star’s brother Jordan seems to be a bit hesitant about leaving his hometown because of his girlfriend. David admits to the cameras that it is vital for the youngster to go to the States as he can get better opportunities there. Amidst the couple’s efforts to expose western culture to the youngster, Annie and Jordon end up being at odds with each other.

The trailer later features Annie discussing with her doctor that she hasn’t had her periods for around three months in a row. It hints at the possibility of the star being pregnant. During sonography, the doctor shows Annie’s womb in the trailer. Earlier, Annie accepted that she wanted kids in the future, and David also got a reverse vasectomy. However, the couple wasnt planning to have a kid right now. David even doubts if he wants even to become a father or not. However, it is exciting to know whether the couple is pregnant. Keep coming back to TV Season & Spoilers