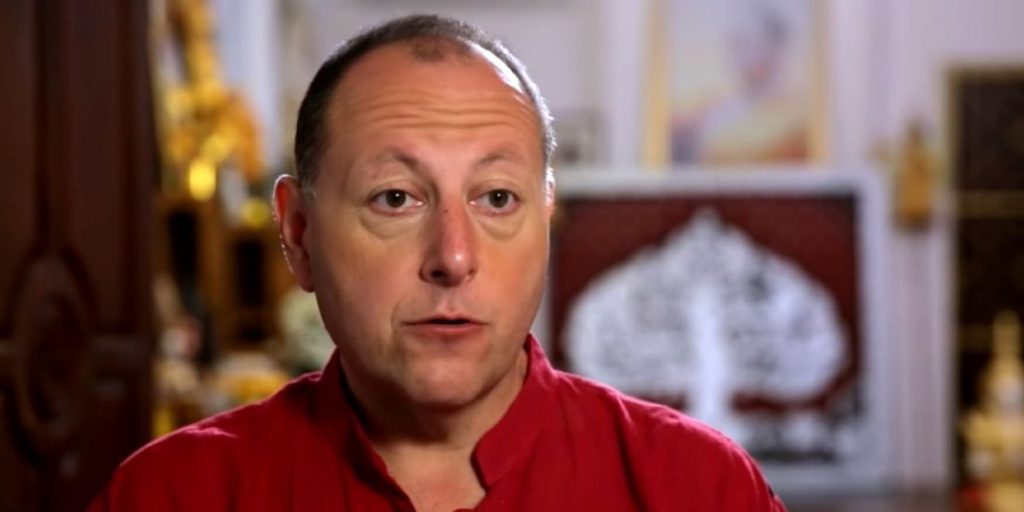 David Toborowsky has been one of the most admired celebrities to come out of the 90 Day Fiance franchise. As the reality show has a reputation for showcasing problematic people, he was one of them due to his gambling and drinking issues. However, he turned his life around after meeting his wife, Annie. Now they are stronger than ever. Hence, the star has been focussing on other aspects like his fitness and appearance. Lately, he underwent microblading. So, how does he look now? Keep scrolling to take a look.

David Tobowosky has been undergoing a lot of changes lately. As a result, he embraced focusing on his appearance and went for microblading. Apparently, it is a procedure where people get their eyebrows filled in. Moreover, the 90 Day Fiance star also showcased going for his session on his social media. That’s not all. His video was such a hit that popular rapper Snoop Dogg also reshared it through his Instagram handle. As per the American man, he got his brows done to get ready for the Super Bowl event. Since the artist was headlining the said game with his performance, he posted it on his account.

Therefore, viewers felt a lot of excitement after seeing the video going virtual. However, they had been curious about his new look since then. TV Season & Spoilers points out that Annie Toborowsky put their curiosity to ease after posting about his transformation. That’s because she uploaded a brand new photo of the couple going on an outing. Hence, the fanbase could see the significant change on the 53-year-old’s face. Eventually, people bombarded her comment section while saying the couple looked “fabulous” and “great”.

Apart from his microblading session, David had been upfront about showing off his weight loss too. It turns out he went through drastic weight changes during his time on TV. Earlier, he gained some weight during his time on 90 Day Fiance. Now he is constantly working to shedding it and has his mindset on dieting and going to the gym. Initially, viewers really showed him some appreciation for speaking out about this matter. It seems like his wife Annie is his biggest support system.

That’s because she never shies away from showing off her partner on her social media. Moreover, one of her posts had her man posing with a pair of very large pants. Later on, they revealed this used to be the celebrity’s waist size

. Suddenly, he turned around in the video, and viewers could compare how slim he looked in comparison to the pants in his hand. Therefore, fans were in awe of the cast member for showcasing a visible difference in his physique. Keep checking TV Season & Spoilers for more such 90 Day Fiance updates.