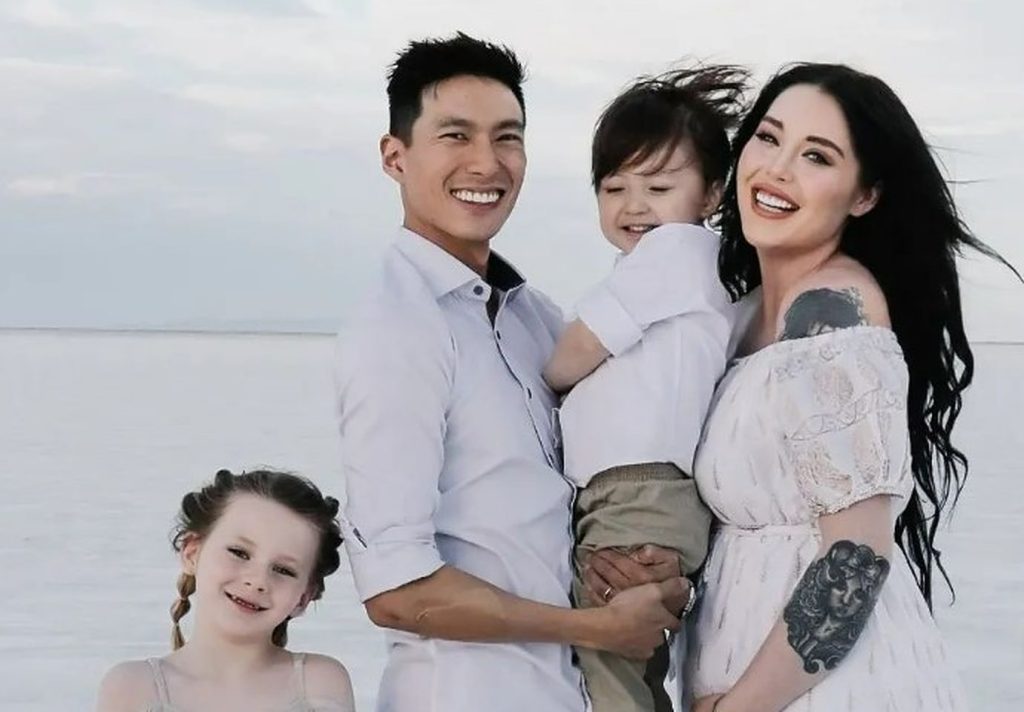 Deavan Clegg is attempting to go forward in her life leaving behind all the toxicity. She is a mother of three with three different baby daddies. The star appeared on 90 Day Fiance: The Other Way Season 1 and 2. Deavan’s journey was quite turbulent on the show with her love life suffering a lot. She made her debut with, Jihoon Lee, to whom she got married during the show. Together they brought a baby boy into the world. However, destiny has its own plan. As their relationship had several lows and highs. Therefore, Deavan and Jihoon decided to separate their paths. Eventually, after getting divorced she found love in Topher Park. Recently the 90 Day Fiance star along with her boyfriend started their new podcast. Tune in to learn everything about their new hustle.

90 Day Fiance: Deavan & Her Beau’s Topher Are Now Podcasting Together To Make Money!

The 90 Day Fiance celebrity Deavan Clegg made her and Topher’s relationship official through her social media handle in 2021. The announcement took place after she parted ways with her ex-husband Jihoon. Clegg moved forward in her life with her lover Topher and gave birth to her third child. It happened six months after she declared the news of her pregnancy in May 2022. According to her Instagram, Deavan is now in a happy and healthy relationship with her partner. However, her third child came into the world after a C-section

. Luckily, that did not alter the safety of the baby or the mother.

The previous year for Deavan didn’t go as planned. It was full of hardships for her, especially with her middle child Taeyang’s cancer diagnosis. However, the 90 Day Fiance star has decided to focus on her future. So, she launched a podcast with, Toper. Apparently, it was the first step toward her resolution. Their new podcast is named “Night Time Talks.” The celebrity couple has not limited their show to a single platform but released it on several platforms like Apple, Spotify, Google, and Amazon Music. The first two episodes are already online and several are yet to come.

The 90 Day Fiance star even has an official website nighttimetalks.com. She has released the same episodes in that space too. Moreover, Deavan is also using her Youtube channel, familyvanny3371,for promoting their new podcast. In fact, she has more than 104k subscribers on her channel. Fans seem to enjoy the podcast as the couple shares a lot of experiences regarding their cultural differences along with some spicy gossip.

The 90 Day Fiance star Deavan Clegg and her fiance, Topher Park, have not revealed their kid’s name. Thus, they asked her fans not to violate their privacy and respect their decision. On the other hand, one of her family members gave away these details. Well, Deavan’s mother, Elicia Clegg, accidentally spilled the name of her grandson through her social media handle. She recently shared a video on her Instagram Story celebrating her grandchild’s hundred days of living. She captioned the story by saying “Happy 100 Days” and she accidentally mentioned the baby boy’s name “Everett.” However, she deleted immediately and shared the post again with a similar caption only by changing the name to “Baby E.”

Unfortunately for Elicia, the Internet captures everything. Thus, a Reddit user took a screenshot and shared it on social media platforms mentioning the name of Deavan’s baby. Moreso, the viewers laughed at the innocent mistake of the grandma as she could not keep a secret. Several fans took to Reddit and talked about the baby’s name. Some of them liked the name whereas others criticized the choice of the 90 Day Fiance star. Stay tuned to TV Season & Spoilers for more exciting news updates.