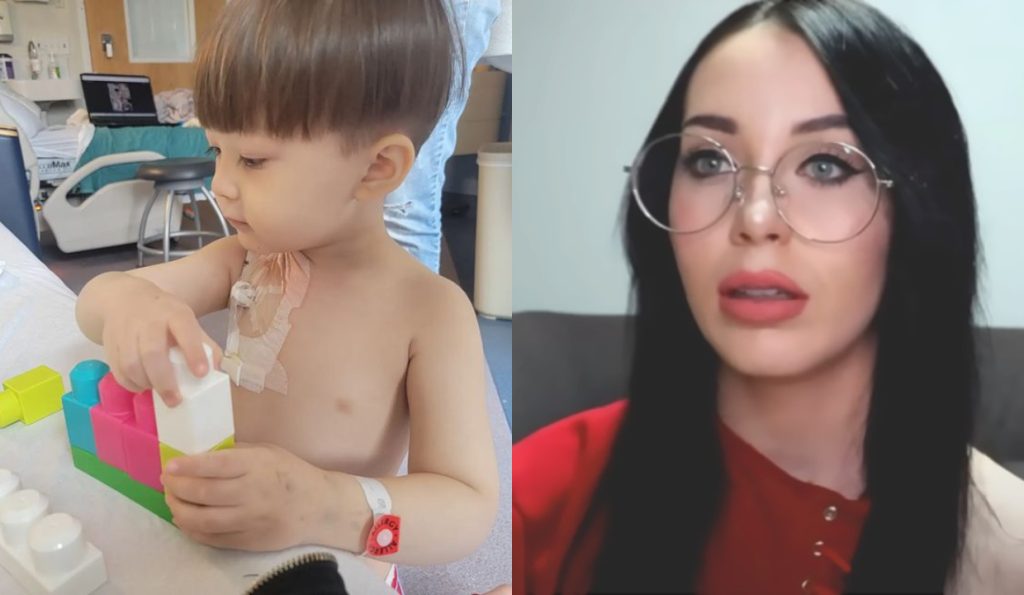 Deavan Clegg from 90 Day Fiance has been having a tough year. She is undergoing every parent’s worst nightmare. That’s because her son Taeyang’s cancer diagnosis shook the entire family and fanbase. He is merely three years old. Unluckily, they found out about the same right after they celebrated his birthday. Lately, his mother made another worrisome post about rushing him to the hospital for an “emergency blood transfusion”. Keep reading more to know all the details about this.

Deavan Clegg first became part of 90 Day Fiance with her ex-husband, Jihoon Lee. Although they were no longer together, they had a ba by boy, Taeyang. As of now, Clegg has full custody of him as the father refused to show up to court

or volunteer himself for child support. However, the family has been going through an unfortunate phase, as mentioned above. Taeyang’s cancer diagnosis has everyone worrying about him. The little one has blood cancer, i.e., b-cell acute lymphoblastic leukemia. Lately, Deavan made another devastating post. It turns out that it was her 26th birthday recently. However, her family spent it in the hospital.

That’s because Taeyang required an “emergency blood transfusion”. Hence, her entire family, including her fiance Topher Park and her two other kids, were by their brother’s side. Deavan mentioned that this incident was a “reminder” about how “scary” cancer can be. She also put up a picture of her little boy sitting in a hospital gown with a shaved head. Noted 90 Day Fiance

blogged John Yates reshared this update on his social media handle. He also called the Cleggs “amazing people”. Many well-wishers took to the comments section to say they are praying hard for the family and the little boy’s speedy recovery.

Deavan Clegg has been making a lot of posts about her son’s health on her social media. As the country was celebrating Halloween recently, she made another post. While talking about Taeyang, she mentioned that it is one of his favorite holidays. In fact, the sweet boy “looks forward” to dressing up every year for the same. Unfortunately, this year, Taeyang was “down for th count” and too sick to be participating. This made the 90 Day Fiance star “very sad”. However, they were willing to make the most of Halloween by distributing candies to the passerby.

Apart from this, Deavan has also started a GoFundMe page for her fans to come forward and help her financially. Getting medication and undergoing many procedures for cancer requires a hefty amount of money. Hence, she wanted the fanbase to assist them with the same. Deavan had mentioned that Taeyang’s chemotherapy would go on for two years, and they were lucky to have discovered the diagnosis at an early stage. Keep coming back to TV Season & Spoilers