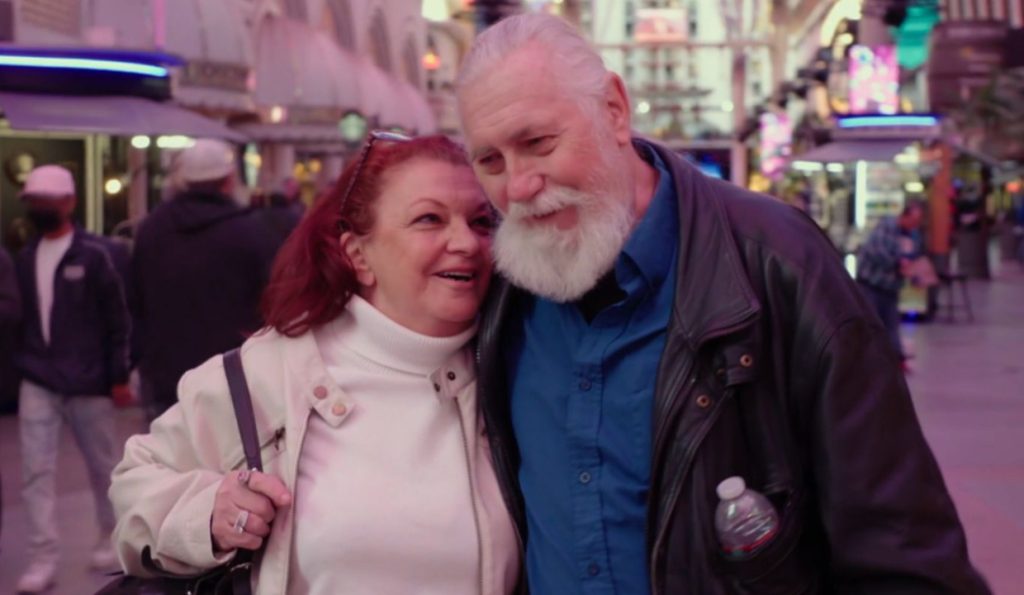 Love has no age or boundaries. This statement is actually true, as the 90 Day Fiance star Debbie Johnson proves it with her love life. Well, she became part of the third season of 90 Days: The Single Life. There she fell in love with a Canadian man, Tony, and moved even in with him. Since then, the elderly couple has been in Canada, enjoying the snowy season like life partners. However, now fans speculate that these two love birds have tied the knot together after seeing major proof! Tune in to know Debbie’s response to the fan’s assumptions.

Debbie and Tony recently piqued the interest of 90 Day Fiance viewers by posting a video on Instagram. They are enjoying the holiday season in Canada. Thus, they posted a video of themselves. The reality TV star couple wished fans “Merry Christmas”. While the post was pretty simple, some fans were in shock to see Debbie wearing a ring. They speculated it to be a wedding gift and got excited. So, one of them inquired if she was now Tony’s fiance or wedded partner. Apparently, shattered all the hopes and responded to the fan, stating it was not the case. “No, and it never will be,” the star wrote with a laughing emoji at the fan’s assumption.

Debbie seems happy in the most recent photos showing her relationship with Tony away from her home. She loves the Canadian weather, but more than that, the castmate is happy because of how well the 69-year-old man has treated her. The single mother relied on her son Colt’s affection and emotional support in recent years, as evident in the previous 90 Day Fiance episodes. Unfortunately, Debra also had a falling out with her son Colt. But the star is finally in a healthy, loving relationship with her boyfriend. That’s why most fans hope Debbie has a wonderful 2023 with Tony and goes on to spend many years with him.

Fans always had a hot and cold approach to the 90 Day Fiance star. Some of them think that Debbie and Tony’s relationship won’t last long, and it is selfish of her to leave her son and move so far. On the other hand, other fans are happy to see Debbie being loved and enjoying her days after living alone for so long.

Debbie recently shared a major life update on Instagram, revealing that she is still in Canada with Tony. Apparently, is enjoying the miraculously beautiful views in the new country. She posted a pic, the image was pretty decent, but the caption made it into the limelight. The 70-year-old wrote in the caption that Tony’s house was their “own”. Johnson mentioned that it was fun decorating their house. Well, it is a big statement per fan’s reaction. That’s because they now feel she intends to stay there for the rest of her life. The audience was also in awe of the huge trees covered in snow and called the view heavenly.

Things are working well for the 90 Day Fiance star. And now, she has accepted Tony’s house as hers. Calling her boyfriend’s house her own is a big step in a relationship. Now that they are living together, the castmate seems to spend the rest of her life with her beau. The viewers feel it’s good for her, as after her husband passed away, she was desperate for love. They saw her behaving like a toxic mother and interfering a lot in her son’s love life. What do you think about Debbie’s and Tony’s relationship? Do tell us in the comments below. Stay tuned to TV Season & Spoilers for more exciting news updates.