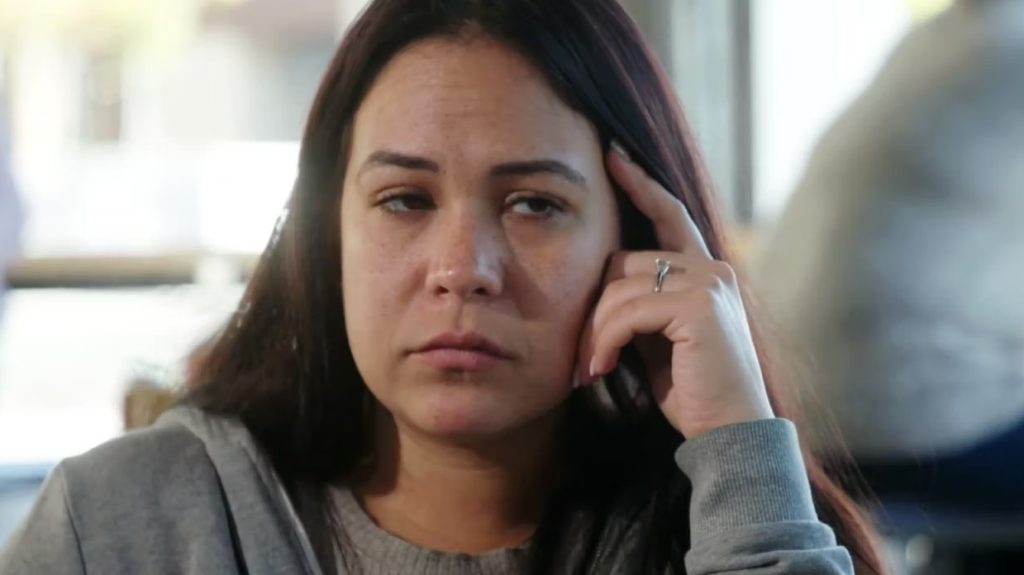 90 Day Fiance: Does Liz Have An Alcohol Problem? Big Ed Drove Her To Alcoholism?

Liz Woods became a new 90 Day Fiance franchise member after appearing in the show alongside Big Ed. The viewers had seen the latter give a very hard time to his former girlfriend, Rose Vega. Despite his popularity, they never rooted for him. So, they were in shock to see the star find love again. Well, Liz and Ed’s problems didn’t simmer down easily. As per the latest Tell All updates, the couple has broken up and reconciled 11 times by now! Hence, fans aren’t able to make sense of how the San Deigo waitress has been able to deal with her partners’ tantrums. But, after the special episodes, there is a rumor going around that Liz might have an alcohol problem. So, keep reading to know all the details behind this.

90 Day Fiance: Liz Woods Had A Drink In Her Hand Multiple Times In The Tell All! Is She An Alcoholic?

Bid Ed first appeared in Before The 90 Days alongside Rose Vega. Their relationship didn’t work out as the man came off as too controlling and possessive. Well, he didn’t change his ways when he started a new relationship with Liz Woods in The Single Life. They even got engaged after a sudden proposal. So, TLC shifted them to the Happily Ever After franchise. The new spin-off again documented all their problems. At last, Big Ed ended up calling off his wedding because he didn’t feel ready for it. But that’s not all. A lot of dark things about their relationship came into the limelight in the Tell All series

That’s when the host, Shaun Robinson, revealed that Big Ed had reached out to one of his exes through DMs. More on that later. At last, many viewers began to wonder how Liz had the patience to forgive the notorious man for trying to cheat on her. Lately, A fan page on Instagram, @90dayfiance.news.and.memes, shared an interesting post. There was a picture of Woods sipping on a drink. They stated that she has been able to forgive her fiance, Ed, for all his wrongdoings by having a “few drinks”. While some were concerned, others pointed out the name of the page. So, there is a possibility that the fan page was just making a meme out of Liz, and there is no base for her being an alcoholic. In any case, the 90 Day Fiance

star has not yet reacted to this allegation. So, there is no clarification about this matter.

90 Day Fiance: Liz Is Shocked After Finding Out Ed Reached Out To His Ex, Rose! Cheated On Her?

One of the most shocking moments of the Tell All special was between Ed and Liz. That’s because host Shaun Robinson made Rose Vega join the episode from a video call all the way from Philipines. The latter mentioned that Big Ed texted Rose on Instagram while saying she looked “amazing” and wanted to know if he could come and meet her. While the 90 Day Fiance star denied this, Rose had a screenshot to support this claim. Liz was the one to read the conversation out loud and was in disbelief. So, her future husband told her to “sit down” and continued to pretend as if this was no big deal.

Liz went as far as saying that she caught her partner on an Asian dating website too. The rest of the castmates were startled too. But the silence due to the awkwardness was deafening. At last, Liz was the first one to say that she was tired of all the lies frustratingly. So, at that point, the fans were sure that this could be a good enough reason for Liz to part ways with the arrogant cast member. However, the couple has gone through 11 breakups since their relationship got serious. So, the audience is unsure of the couple’s future. But they are sure that it will ensure a lot of drama in the rest of the episodes. So, stay tuned to TV Season & Spoilers for your daily fill of 90 Day Fiance updates.