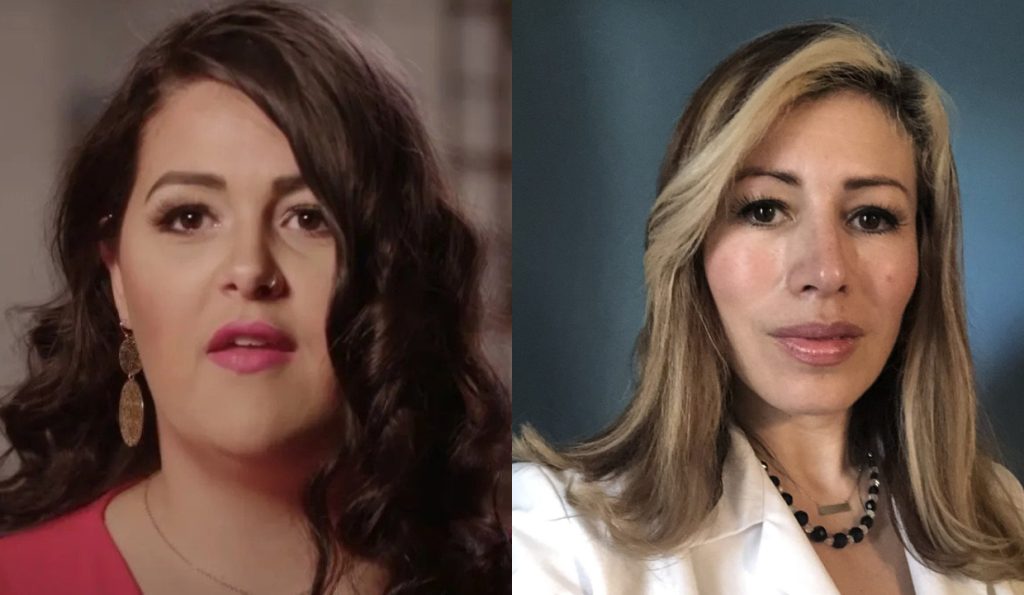 Yve and Mohamed from 90 Day Fiance had quite a short-lived love story. Although they were part of the show for the entire season, the news about their separation came days after the Tell All finale. Things really took an ugly turn between the two. That’s because the Egyptian man has accused her of domestic abuse. In contrast, the American woman’s representative says that he is trying to commit “immigration fraud” by faking the charges. Amidst this, the fanbase is divided into two sides. In fact, a fellow castmate, i.e., Emily Bieberly, is also siding with her friend, Yve. Keep reading to know more details about this.

Yve and Mohamed appeared to be like any other 90 Day Fiance couple with minor inconveniences in the series. However, they made it work and got married to one another by the finale. It turns out that these troubles really took a dark turn. That’s because Mohamed has now filed charges against his wife for “domestic abuse”. Hence, the fanbase was in shock after these allegations. However, Yve’s representative has maintained that these claims are false, and the man is trying to commit “immigration fraud” to obtain a green card. Hence, the 90 Day Fiance fanbase is now picking sides.

Amidst this, another 90 Day Fiance star, Emily Bieberly, made a post about the same. She put up a photo with her friend, Yve. With this, the mother of two stated that she “stands” with her, “supports” her, and “loves” her. Well, the fanbase has never been fond of the star. However, they were glad to see her raise her voice on such an important issue. Hence, they took to the comments to extend support towards Yve and hoped for the truth to come out soon. So far, neither of the castmates have officially gone on record to talk about the abovementioned charges.

As things have taken a shocking turn between Yve and Mohamed, they are maintaining a low profile on social media. Hence, they are refraining from interacting with their fans. However, there has been an audio leak that has depicted their toxic relationship. As per Starcasm, the clip had the American woman yelling at her man for not helping her around the house. In fact, it had been “stressing” her out as she had to do everything. With this, she also dropped a bunch of f-bombs and other foul words in annoyance. However, Mohamed remained ignorant.

At last, the man eventually told her not to touch him and hit him. The 90 Day Fiance fanbase is not buying this proof. The ones who support Yve claim that it seems like Mohamed was provoking Yve to get aggressive. Hence, she got angry. Yve has two charges against her for “assault” and “abuse”. As per the concerned officers, they didn’t see any wounds or bruises on any of the 90 Day Fiance stars. Yve will also be turning up to court for her “bond arraignment hearing” on September 6, 2022. Keep track of all the latest 90 Day Fiance updates only through TV Seasons & Spoilers.