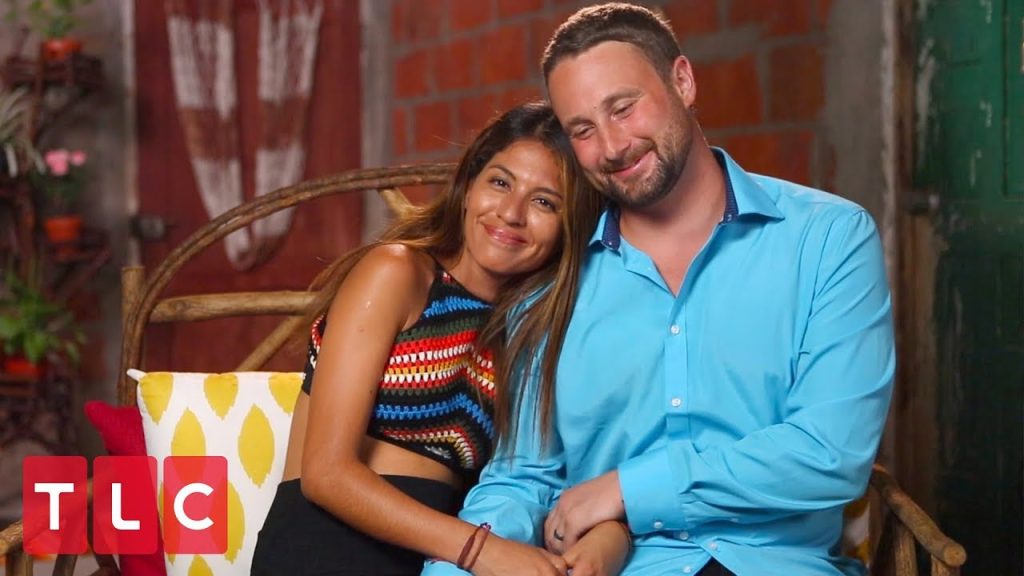 Evelin Villegas and Corey Rathgeber were an adorable couple but quite scandalous, too, on the popular TLC show 90 Day Fiance. They tied the knot in 2019, even before filming The Other Way’s first season However, their relationship had many ups and downs. There was this one time when Evelin found that her partner was having a fling with another woman named Jenny. In his defense, he said that he and Evelin were on a break which does not seem acceptable to the reality TV star. Despite all of this, the couple decided to stick to each other. Recently, they have been together and enjoying their love life. Lately, she has responded to some personal questions in her Q&A session with her fans. Tune in to know what are the details regarding the new couple.

Evelin and Corey made their debut on 90 Day Fiance The Other Way Season 1, leaving quite an impact on the fans. The U.S. native met the love of his life on a backpacking trip to Evelin’s native land, Ecuador. Furthermore, the couple had different angles in their love life as later, Evelin followed Corey to the States. But her stay in the country was not how she expected as she could not find happiness in the foreign land. Thus, she gave her husband a choice to either return to Ecuador or to live in his country without her. However, the lover agreed to relocate for his wife. Evelin and Corey currently live in Ecuador and are now the owner of Cocteles del Paraiso, a cocktail bar. After being on the TLC show, the couple has been living their best life.

However, in a recent Instagram Story Q&A, The reality TV star hinted that she and Corey might return to the show once again. Evelin has 212,000 followers on her Instagram Handle and often engages with her fans in interactive sessions. In the recent one, they asked whether the 90 Day Fiance star and her husband Corey would consider coming back on the spinoffs

. Evelin responded, “No, but you might see us back again”. She even added, “in a different light.” Several others asked about Evelin’s plans to start a family with Corey. The brunette beauty responded with photos of herself and Corey and their Siberian husky and cat, Gata. She and her husband were clear that they were happy with their family. So, the couple is not planning to have a baby for the time being.

The 90 Day Fiance: The Other Way star engaged in a Q&A with her social media followers. She responded to several personal questions. In one of her stories, she posted an image of herself in a stunning bikini which was bright red. Well, Monstersandcritics reshared the photo of her standing next to the pool. The fans wanted to know whether the weather in Ecuador was pleasant. So, the star replied that it’s always ideal for a day at the beach. The 90 Day Fiance

star was wearing a two-piece bikini. She tied it in a knot from the middle. It also had straps on either side of the bottoms that Evelin tied again. Fans were amazed at her confidence and complimented her for her fit physique.

The TLC reality TV star took a selfie capturing her full body while standing poolside. Evelin is an owner of a beachside bar in Ecuador. Thus she frequently visits the beach with her husband, Corey Rathgeber, and dog. The 90 Day Fiance star is often seen in a bikini. As she practically spends most of her time on the beach. For more exciting news updates, stay tuned to TV Season & Spoilers.