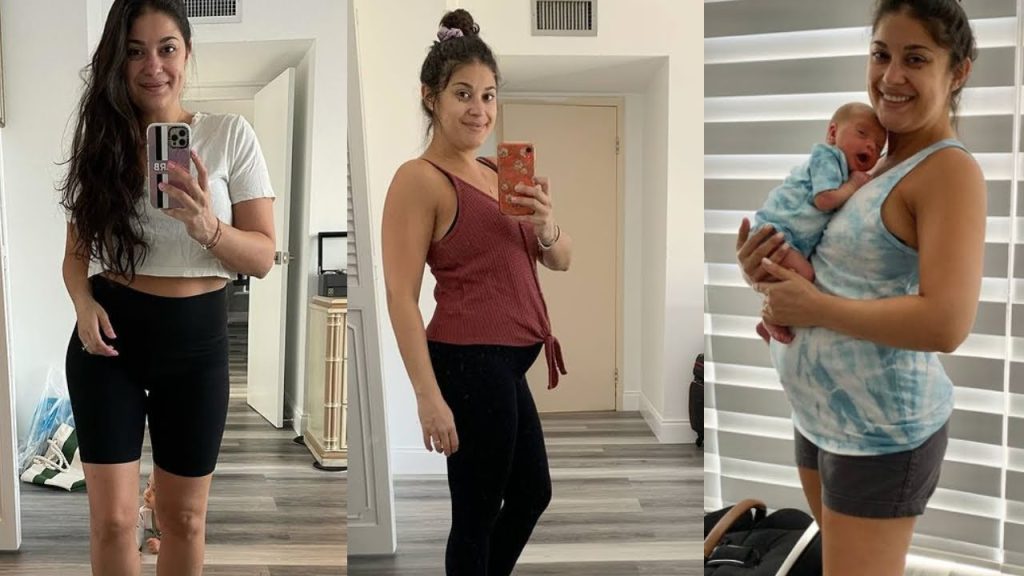 90 Day Fiance: Every Day In Every Way, Loren Brovarnik Is Getting Better!

Undoubtedly, everyone has their own ways of dealing with postpartum. But it becomes difficult when it continues for three consecutive years. The same happened with 90 Day Fiance star Loren Brovarnik who has had three kids in three years after almost five years of their marriage. Though it seems that the TLC star wasn’t sure about having a huge family, her husband Alexei always wanted to have a big family with many kids. The matriarch accepted that handling three kids is not an easy task. But she never let her pregnancies affect her physical health. Recently, she took to Instagram and flaunted her curves. To know more about the same, keep on reading.

The 90 Day Fiance star couple Loren and Alexei are one of the most loved couples in the franchise. Fans have witnessed their bond growing day by day as they appeared in several spinoffs. Their story started when Brovarnik took a birthright trip to Israel and met her future husband. The duo fell and love and decided to walk down the aisle in 2015. However, they didn’t have any kids for almost five years until they welcomed their first one in 2020. Since then, the couple hasn’t stopped and has been sharing good news for three consecutive years.

Indeed, giving birth to a child has its own effects on the mental and physical health of the matriarch. It takes its own time to recover and heal. Recently, Loren took to Instagram and shared a gorgeous picture in which she was flaunting her curves and skinny body. She wore a white T-shirt with black pants. The TLC celeb added a lengthy caption and expressed herself. Brovarnik wrote that she is officially 4.5 months postpartum now. The mother of three further said that she’d been this happy after a long while.

Loren had her ups and downs but decided to embrace them and go with the flow. She added that she often forgets to show herself love and is guilty of that. But the star has been focusing on herself and never let her mental health have an effect on her physical health. Hence, even after having three kids and a super tight schedule, her body is getting better day by day. Loren also quoted Émile Coué’s quote and said that every day in every way, she is getting better and better.

The 90 Day Fiance star Loren has three kids named Shai Josef, Asher Noah, and the newborn Ariel Raya Brovarnik. All of them are toddlers, which makes it really difficult for the TLC star to get time for herself. She also accepted that it wasn’t as difficult to go from two kids to three as it was from having one to having two. However, she has been trying her best to manage everything. Yet, it seems that some fans had issues with her parenting ways. A user commented on her recent picture and asked Loren to stop taking selfies and look after the crying baby.

Another one chimed in and suggested she take care of the baby instead of taking selfies. However, some fans came to Loren’s rescue and defended her as well. A user explained that all babies cry as soon as they don’t find their mothers at their side. So it doesn’t matter if a toddler cries for a few minutes as it simply doesn’t reflect that the mother of three is showing negligence towards her kids. Keep coming back to TV Season & Spoilers for all the latest 90 Day Fiance tea.