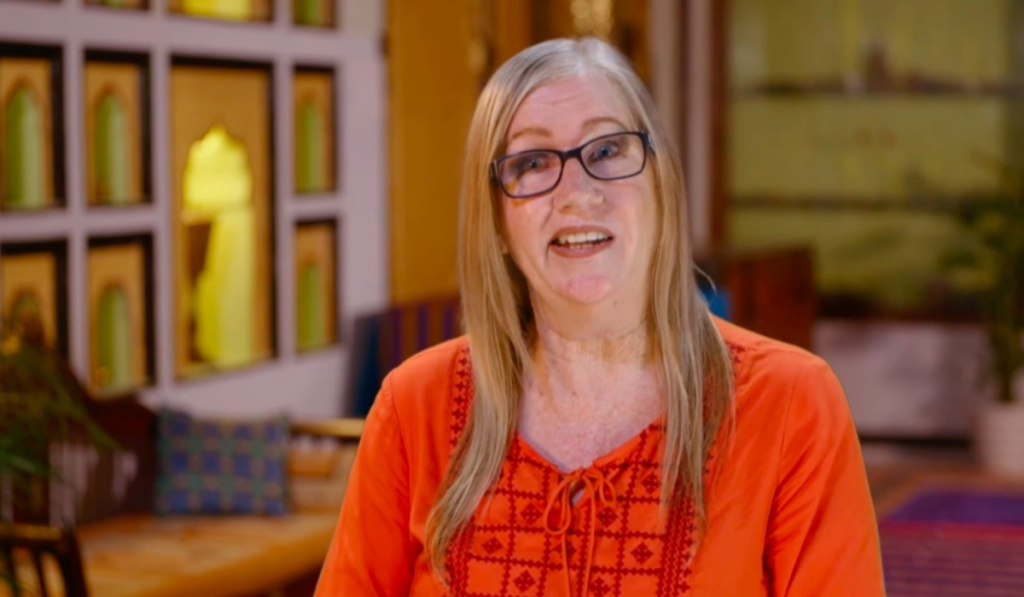 Jenny Slatten has received a lot of praise from the 90 Day Fiance viewers. It is mostly because of her unique and inspiring love story with Sumit Singh. As Jenny learned about the Indian culture, she also leaned in for love with Sumit. TLC fans went crazy when they saw the recent pictures of the reality star. Jenny has been rocking short outfits and flaunting her weight loss. Meanwhile, TV Season & Spoilers sat down to have an Exclusive Interview with Sumit & Jenny, where she revealed the secret of her weight loss. So, tune in to know all the details.

Jenny Slatten has definitely hooked her followers with her weight loss transformation pictures. Not only that, Jenny makes people turn their eyes with her beauty. Similarly, the reality star has shown off her slender legs multiple times in Instagram pictures. One was where the fans noticed Jenny in a green dress. Sumit’s wife rocked the outfit, and 90-Day Fiance viewers could not help but wonder about her weight loss secret. In addition, the fans also noticed that Jenny is still rocking her American outfits where she showed her slender legs in a picture. Hence, TV Season & Spoilers are here to reveal the secret about Jenny’s weight loss.

TVSS sat down with Sumit and Jenny, and the couple talked about their relationships, jobs, and many more things that the 90 Day Fiance fans might want to know. One such topic of discussion was how Jenny managed to tone down her weight and maintain herself wonderfully. While talking about her weight loss, Sumit chimed in and noted that the secret would be “Indian Food.” However, Jenny paused for a while and stated, “I don’t know.” Then, the reality star told TVSS that she doesn’t eat much in general. She also added that sometimes Indian Food doesn’t agree with her, and the 90 Day Fiance faces “stomach” problems.

During the exclusive interview, super-sweet Sumit Singh couldn’t help but intervene to support his “Indian Food” supremacy. Sumit reasoned that his wife’s weight loss was “freshly cooked meals,” churning out the junk. Well, the 90 Day Fiance star, Jenny Slatten, also noted that she has cut on soda. Hence, it is also a big secret behind her weight loss. In America, Jenny used to love to chuck the famous soda drink, “Dr.Pepper.” However, the Indian version of “Dr. Pepper” is much more refined, and Jenny doesn’t like it. Therefore, Jenny started to drink more water, which aided in her stunning weight loss.

Jenny Slatten has gotten many compliments from fans about her weight and overall appearance. Moreover, during the interview by TVSS, the 90 Day Fiance star looked stunning. Hence, no wonder the TLC fans are looking forward to weight loss tips from Jenny. Stay tuned to TV Season & Spoilers for the exclusive updates on Sumit and Jenny. Till then, sit back and relax.