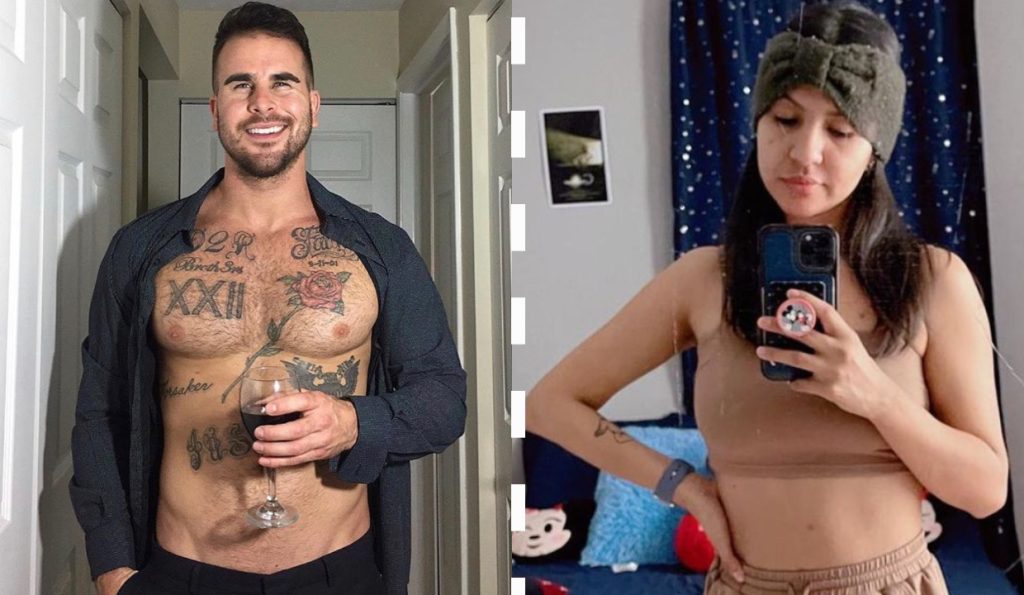 90 Day Fiance: [Exclusive] Josh Seiter Reveals The TRUTH About His Relationship With Karine!

Karine Martins has been making headlines for a long time. It all began when CPS took her kids, Ethan and Pierre, under their wing. They have since been with a foster family while the mother is trying to regain custody. Amidst this, she also began dating noted reality celebrity Josh Seiter who became famous after starring in The Bachelorette, and dating another 90 Day Fiance alum, Yolanda Leaks. Alas, it looks like Karine and Josh are no more an item. Neither of the stars has spoken a lot about their relationship on social media. But TV Season & Spoilers has exclusive details about their split. Keep reading to know all the details about this!

90 Day Fiance: Karine Ended Things With Josh After He Likes His Ex’s Photo!

The 90 Day Fiance star, Karine Martins, getting with The Bachelorette star Josh Seiter was something no one saw coming. While the audience was skeptical at first, they accepted the pair after realizing Karine looks happy. Since then, the couple had kept their relationship low-key and occasionally put up pictures together. Alas, Josh Seiter took to his social media to announce that he is no longer dating Karine. TV Season & Spoilers reached out to the celebrity to know more about his relationship. It turns out that the couple had a falling out over something rather minor. Karine Martins saw that her boyfriend had liked a post from his ex, Love After Lockup star Sammi Sweetheart. Josh Seiter exclusively shared screenshots about their split with TV Seasons & Spoilers.

As per the chats, Karine immediately confronted her man about his Instagram activity. While Josh Seiter contained to assure her it was nothing serious. The Brazilian woman shot back at him by saying Josh liked a picture that she had put up “15 days” ago. So, she suspected him of “stalking” her. At last, the 90 Day Fiance star Karine admitted being “afraid to get hurt again”. The conversation got intense again. That’s because she accused her partner of “using her”. At the same time, the latter tried to convince her that it wasn’t the case. Eventually, the 90 Day Fiance star decided that both celebrities should go their separate ways despite having feelings for The Bachelorette star as it was “not working”.

Previously, news reports revealed that Josh Seiter posted a controversial Instagram story. Soon after announcing his relationship with Karine, the former Bachelorette star said that he was “A Proud Gay Man”. However, Josh later clarified to TV Season & Spoilers that it wasn’t him who posted the story. Instead, at that time, his IG account was hacked. So, some hackers used his social media to spread false rumors about him. Seiter believes that this was to tarnish his image.

As per the abovementioned texts, Josh and Karine tried to end things on a good note. Both of them appeared quite civil while pulling the plug on their relationship. However, the 33-year-old couldn’t help but mention one last alarming thing while parting with his former lady love. It turns out that he wanted Karine Martins to get “help” for her “drinking problems”. Instead of confirming and denying this, the latter replied to this by saying, “what (do) you mean?” Karine has been going through a tough time lately. That’s because she is trying to get back her kids’ custody. Earlier, she was in trouble with the law for physically abusing her ex-husband, Paul Staehle

. Although they haven’t undergone a divorce, they are separated.

Last year, the footage going around had Karine hitting her husband. She was doing so in the presence of her two kids, Ethan and Pierre, in a filthy room. Hence, the court decided that both parents were unfit to take care of their kids. Hence, they are currently with a foster family. While Paul is vacationing in Brazil and allegedly dating a 17-year-old, Karine is fighting hard to regain custody of her baby boys. This drinking problem allegation can further cause hindrance in her journey to get back with her kids. Keep following more 90 Day Fiance updates by staying tuned to TV Season & Spoilers.