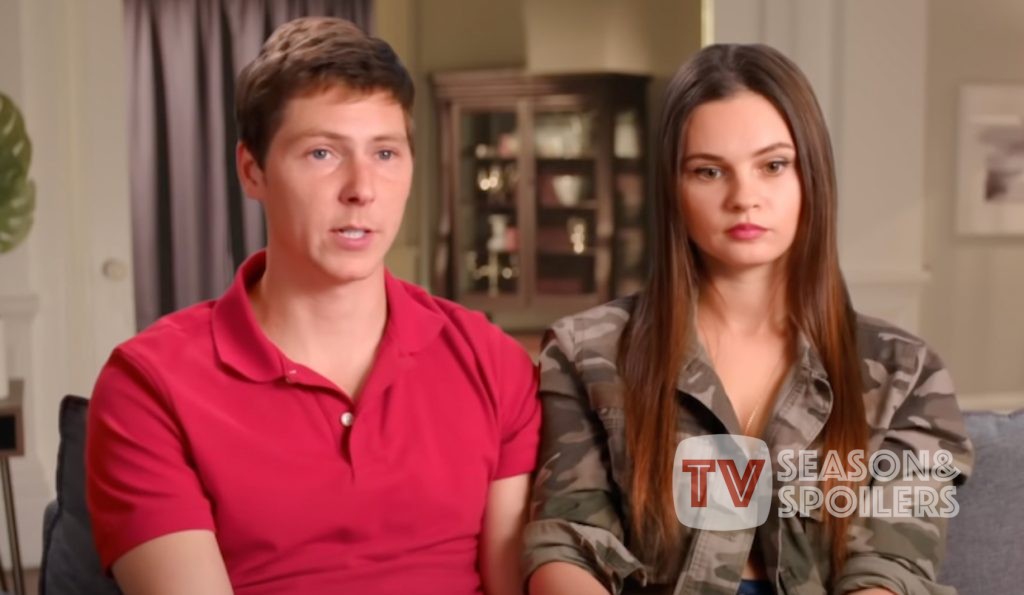 Brandon Gibbs and Julia Trubkina became household names after starring in the 90 Day Fiance franchise for multiple spin-offs. The couple first partook in the original series. Then, they went on to star in Happily Ever After. While they have always been on the same team and rarely had troubles, Brandon’s parents Ron and Betty would be the ones to stir the pot and cause rifts between them. However, all seems to be good between them. Lately, Brandon put up a video of his wife, making the fans feel that the couple is expecting their first-ever baby! So, is that true? Keep reading to know more details about this.

Brandon and Julia brought out their sweet love story through 90 Day Fiance. While the former is a farmboy from Virginia, the latter was an uptown girl hailing from Russia. When both of them met, sparks flew. When a common friend introduced them, they got very close to each other. So much so that Julia took a flight to America to marry the man of her dreams. Despite facing trouble, the couple tied the knot in 2020. Since it is almost going to be three years since their marriage, the fans often wonder about their plans to expand their family. Well, the couple has not yet openly talked about it on social media.

Lately, Brandon put up a video on his Instagram, making some 90 Day Fiance fans feel that his wife might be pregnant. Well, it was a funny video. The American man first appeared to be saying loving things to his wife. But then he zoomed the camera to their family dog for the fans to realize Brandon was saying those words to the furry being. However, the fanbase got a quick look at Julia’s belly when her husband shifted the focus. So, the pregnancy speculations began. Many of them are convinced that Julia and Brandon might just announce their pregnancy super soon. However, there is no proper confirmation about this yet.

90 Day Fiance: Julia & Brandon having problems in the new house?

Julia and Brandon have had smooth sailing in their relationship since they tied the knot during the pandemic. However, they did have a phase where the couple was confused about their next big move. At first, they were living in an apartment. Then, they finally moved back with Brandon’s parents at the farm. But they weren’t happy with this change. So, the duo made up their mind about moving to Florida. However, they ended up buying a house in Virginia instead. Unfortunately, it wasn’t the end of troubling times for Brandon and Julia. Later, the Russian woman provided an update about the same on Instagram.

While the 90 Day Fiance expected them to be happy in the new house, Julia talked of facing some problems with her husband. But she refused to give out more details about this. Apparently, the couple was in the middle of getting things sorted. But, the young TV star did say she would provide an update about the matter soon. So far, she has not made a follow-up announcement about the same. With the post, Julia attached a picture of the couple with their two adorable dogs at the doorway of their new home. Keep coming back to TV Season & Spoilers for more reality TV updates.