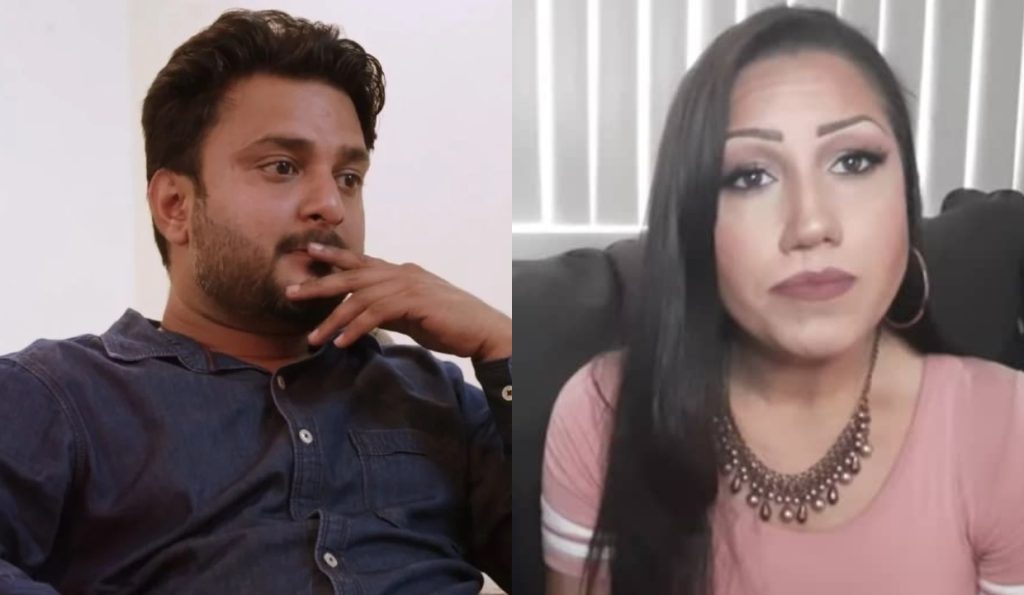 90 Day Fiance: Fans Slam Sumit As He Tells Jenny’s Daughter To STAY OUT Of Their Marriage!

Sumit Singh and Jenny Slaton became 90 Day Fiance stars when they started appearing in The Other Way Franchise. After dealing with several ups and downs for years, they tied the knot. However, Sumit’s parents were unaware of this as they didn’t accept his relationship. So, their Happily Ever After journey began with Sumit finally dropping the bomb on his parents. Alas, he and his wife got disowned by his mother. Jenny’s daughter, Tina, was visiting them in India and had a lot to say about these circumstances. However, Sumit wanted her to stay out of this! Why is that? Keep reading to know more details about it.

90 Day Fiance: Fans Call Out Sumit’s Double Standards After He Tells Jenny’s Daughter To Stay Out Of Their Marriage!

As mentioned above, things are quite heated in Sumit’s household regarding his marriage to Jenny. Yet the couple is dealing with it. In the latest episode of 90 Day Fiance: Happily Ever After, fans found out that Jenny’s daughter, Tina, came from America to meet her mother. That’s when all of them, including Sumit, had a discussion about their relationship. Jenny’s daughter mentioned that the only way her mother can feel accepted is if Sumit “holds her up 100 percent” instead of letting things happen and saying that’s just “the family” and how they are. Especially when they would mistreat the star. So, she didn’t feel it was right or “respectful”.

Instead, Tina suggested that Sumit should refuse to be a part of his family as they weren’t accepting his wife. She felt the Indian man should tell them that not accepting Jenny meant they wouldn’t accept him. However, Sumit continued to emphasize the importance of parents in his country’s culture. He went on to say that Christina won’t understand the situation unless she is in his place. So, she needs to “stay out” of it. This particular statement caused a lot of rift in the fanbase. As a result, many 90 Day Fiance viewers began to slam Sumit for his double standards.

Many of them stated that since Tina is a part of Jenny’s family, she has an equal say in the situation. Hence, she shouldn’t be staying out of it, and it was wrong of Sumit to say that. Another called the man a hypocrite while saying his family “terorrized” Jenny for a long time. Yet, he had a problem with Jenny’s daughter trying to say something about their relationship.

Sumit and Jenny came back from their honeymoon to face real life finally. The former’s parents were supposed to meet the couple after their return. Alas, they didn’t show up as in the last meeting. On top of everything, Sumit’s mother had disowned her son. Instead, his aunt came and reminded Sumit of something. She told him that the 90 Day Fiance star had made a promise to have kids in the future. At last, the man went to discuss the possibility of having kids with his business partner, Rohit. He mentioned looking into adoption and surrogacy

. However, he still doesn’t know how Jenny would react to this reveal.

On the other hand, the American woman had been feeling adamant about going back to the US. In fact, Jenny was also persuading Sumit to do so. As his parents have been inappropriate with Jenny several times, she didn’t want their acceptance anymore and went back to her native country. However, fans remain doubtful if Sumit would be on board with this. That’s because his family, job, and wife have been in India for so long. Will this major decision break the couple? Only the upcoming episodes will reveal this. Keep reading more 90 Day Fiance updates by checking TV Season & Spoilers.