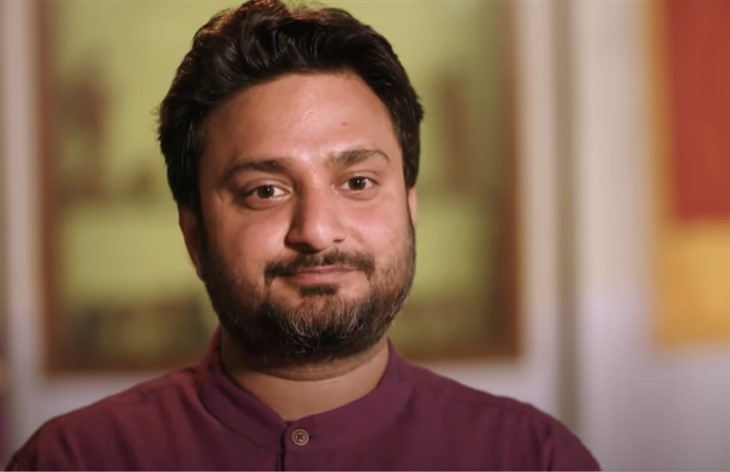 90 Day Fiance: Fans Slam Sumit For Ignoring Jenny While On The Date With Her

Right now, 90 Day Fiance couple Jenny Slatten and Sumit Singh are enjoying their almost married life in India. The couple stays together and is engaged to each other. However, the only thing which is left for the couple is that they are not married to each other yet. Fans are hopeful and think that the couple will soon tie the knot. But for now, it seems Sumit has now started taking Jenny for granted. It looks like Sumit has started ignoring Jenny. Let us take a look below at the details.

90 Day Fiance: Sumit Ignores Jenny While On The Date

Jenny and Sumit recently recovered from COVID 19. The couple was infected a few months ago. Thankfully, they are back on track with their normal life. And, now, when things have started getting back to normal, Jenny and Sumit went out on a date to spend some quality time together. Well, it was more kind of dinner. But, a couple going out on dinner is almost equal to date. Jenny and Sumit went to a popular restaurant named “Pirates of the Grill.”

The couple enjoyed several barbeque dishes at the restaurant. Screenrant reported Jenny posting a recording on Facebook of her fiance while he grilled chicken, mut ton, paneer, and potato. But in the video, Sumit can be seen being busy on his mobile the entire time. He didn’t even glance at Jenny as she made the video. Wasn’t that a bit rude? It didn’t feel like a date to fans because couples usually talk and spend quality time on a date.

Going out on a date means spending quality time with your partner. However, Sumit seems to be doing just the opposite. And, fans criticized him for ignoring the love of his life. One commented on Jenny’s post, “Um…Sumit, you’ve got a beautiful woman across from you. Put the phone down and pay some attention to her.” The fan further suggested Sumit that he shouldn’t be rude on the table.

But Jenny stepped in to defend his love and said, “We both look at our phones. Both equally guilty.” Another fan slammed Sumit as, “Sumit, get off your phone!!!” Well, it seems Jenny has been clearing out the issue to all on behalf of her love. The reality star slammed back to the fan’s comment, saying, “he is fine. No problem cuz I do the same also, like recording this video.”

Meanwhile, fans wanted Sumit to look away from his phone and take a look at Jenny. A fan also pointed out in the comment as, “Get off your phone. Jenny is more important!!!” However, it seems that Jenny is all okay with her fiance being busy on his phone. Let’s hope the couple to marry and be the same cute couple in the future.