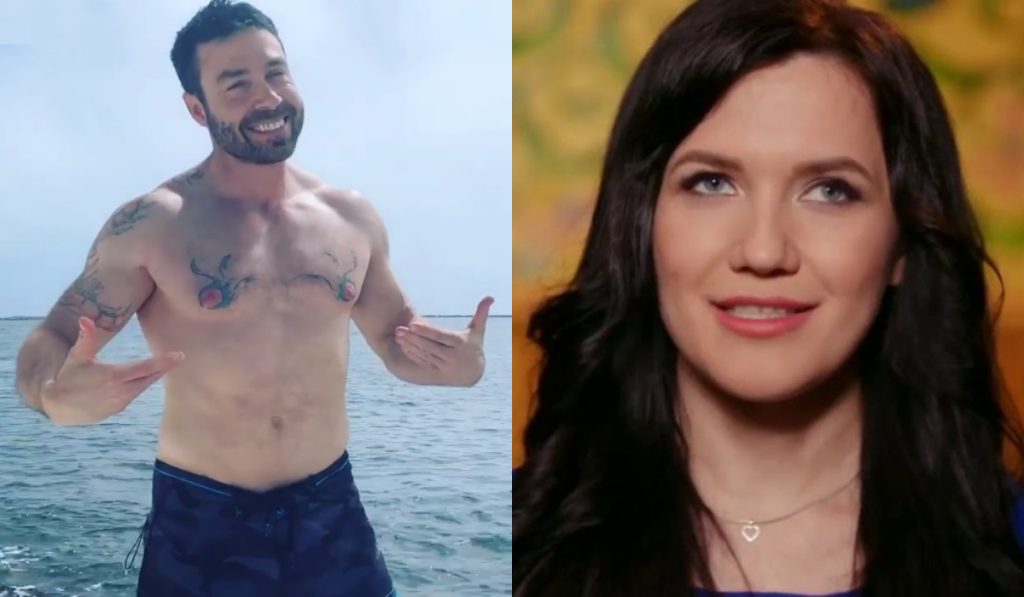 90 Day Fiance: Geoffrey Got A Tattoo Of Varya’s FACE In Prison?

Geoffrey Paschel has turned out to be a very problematic cast member from 90 Day Fiance. Apparently, he was under arrest and proven guilty of aggravated kidnapping and assault. Therefore, he is currently doing time in prison as he was sentenced to 18 years. While all this is happening, his girlfriend Varya Malina is waiting for him outside and taking care of his house and other assets. Lately, rumors mills were at an all-time high when there was news about the felon getting a new tattoo for his lady love. So, is it true? Keep reading to know more details about this.

90 Day Fiance: Geoffrey Gets A Tattoo In Prison? It’s An Illustration of Varya?

Geoffrey Paschel is a convicted felon now due to the abovementioned charges. Yet, the most shocking part is that his fiance Varya Malina is still in support of him. Moreover, she believes he is innocent. Therefore, the 90 Day Fiance couple is still in a relationship while the latter waits for the man to get out. Amidst this, there are rumors making rounds on the internet that Geoffrey got a new tattoo for her. As a result, the popular blogger, John Yates, took to his social media to share an article about this. However, the post is no longer on the internet to see.

It turns out that the rumors were fake and it was a joke. Hence, when 90 Day Fiance fans began to call him out, he stated that it was meant to be a joke. Therefore, viewers realized that the illustration was fake and a common photo that has existed on the internet for a long time. Hence, they took a sigh of relief and laughed at this matter. Moreover, they are glad that the celebrity is in prison and can’t do any harm. Apparently, they are waiting for Varya to realize it is not feasible to be with such a man and leave him soon.

90 Day Fiance: Varya Shares Geoffrey Saved A Guard’s Life! In Trouble For It?

As Varya and Geoffrey are still together despite this prison sentence, the Russian woman often updates the fans about his life. Apparently, the 90 Day Fiance star has been in trouble lately. While talking to his partner on his phone, the man revealed this. It turns out that a guard responsible for keeping an eye on 100 inmates fainted. Unfortunately, there were no other guards to take notice of this. Hence, Geoffrey came to the rescue of the guard

. So, he somehow got the keys to his cell from the passed-out man and got out to seek help.

Although he attempted to do a noble deed, fellow guards weren’t happy with what Geoffrey did. Thus, he will suffer the consequences. Unfortunately, the authorities are going to “write him up” for his actions. Despite this, his lover, Varya, was happy that he tried to do something good. Even if her man staying in prison has been keeping her upset, she continues to put on a brave face for the audience through Instagram. Keep checking TV Season & Spoilers for more such 90 Day Fiance news.