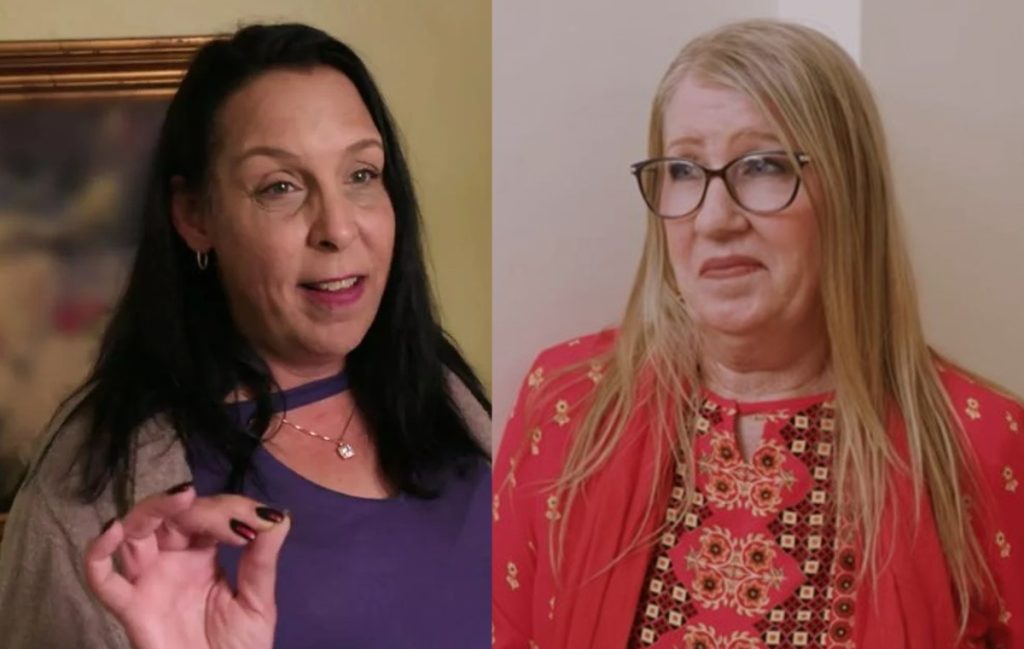 The recent Tell All episode of the 90 Day Fiance: Happily Ever After was indeed a game changer. Some bonds broke while some were mended. Not only this, but Tell All usually gives a chance for the cast members to mingle with each other and comment on others’ relationships. Hence, the same happened in the recent episode. Apparently, Kim and Jenny became friends as they could relate to each other’s mindset and could discuss the agonies of their life. However, Menzies recently took to social media and revealed that she is way taller than her new best friend. We have all the information you might wish to know, so keep on reading.

90 Day Fiance: Kim Menzies Is Taller Than Jenny Slatten, But How Much?

The 90 Day Fiance star Kim was hesitant to come for the Tell All episode as it was the first time she was meeting the cast. However, Kimberly bonded well with Jenny Slatten, who approached her before as well via social media. Even though they met for the first time, it seems they are two peas in a pod. Recently, Menzies took to Instagram and shared pictures with her new best friend. Indeed, fans loved the photos but noticed a stark difference in their heights.

Indeed, when we watch Jenny with Sumit on the screen, it doesn’t feel like she is short in height. But when Kim stood next to her, there was a vast difference in their heights. A fan noticed the same and asked how tall Kim was. The celeb replied and revealed that she was 5’9. Hence, as per the image, if Kim is 5’9, then Jenny would be around 5’6 when it comes to height. Apparently, another fan chimed in and wondered if Kim is way taller or Jenny is shorter because, with Sumit, Jenny doesn’t seem that short. Not only this, but fans predict that maybe the Indian native isn’t that tall, either. Hence, it balances out dimensions with his wife!

However, fans were really happy to watch Jenny and Kim becoming friends and praised their pair in the comment section as well. Not only viewers, it seems that Menzies is also pleased that she met Slatten. The former wrote in the caption that she is glad she became friends with the latter. This is because she is the most genuine and sweetest woman she had ever met. Finally, Kimberly got a shoulder to cry on who will understand every bit of her agony because she is also going through the same.

90 Day Fiance: Fans Think Kim & Jenny Should Do Their Own Spinoff!

The 90 Day Fiance stars Kim and Jenny are seemingly living a life that has the same situations. Apparently, an eagle-eyed fan even pointed out how both of them love younger men. Their partners desire to have children with a different, more youthful woman who is in their own country, which they aren’t able to agree upon. Apparently, if we connect the dots, both Kim and Jenny are dating men who are younger than them. Not only that but both Usman and Sumit are from completely different backgrounds and are aspiring to have kids because of their families!

In addition, Kim and Jenny were both born and brought up in San Diego. Hence, fans thought that the duo might pull off a spinoff on their own. Indeed, they have the same mindset and are dealing with the same issue, so they can relate to each other even more. Fans are hoping that maybe Jenny could help Menzies in solving her problems with Usman! Keep coming back to TV Season & Spoilers for all the latest 90 Day Fiance tea.