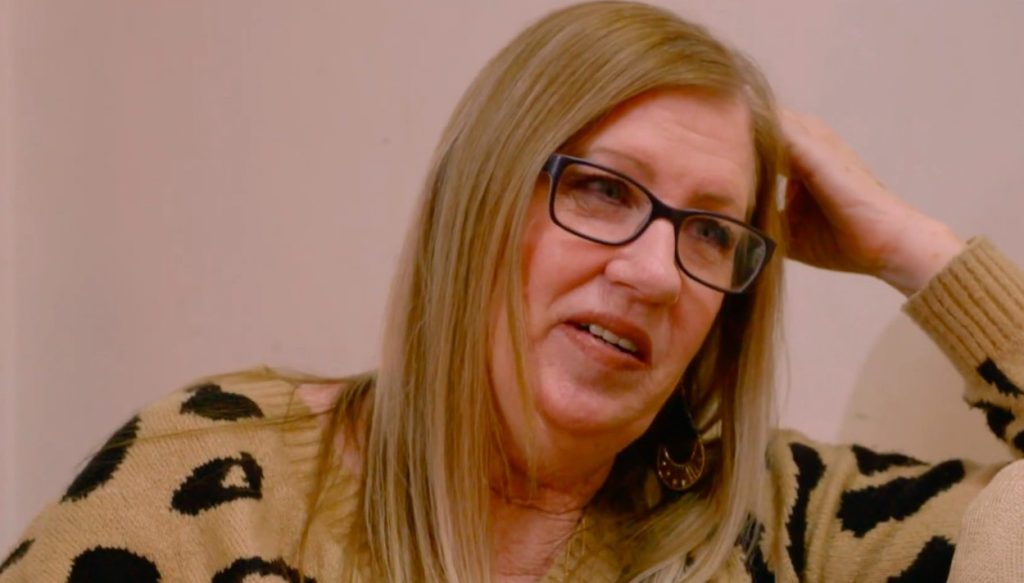 The 90 Day Fiance viewers were amazed after seeing Jenny Slatten’s recent post. She first appeared on the spin-off show The Other Way. She and her partner, Sumit, had been in an online relationship for over ten years and recently married, going against his family. They also started starring in the Happily Ever After spin-off since tying the knot. Sumit’s Indian parents, however, find it difficult to accept Jenny as their daughter-in-law because of the massive age gap between them. But she has been making many posts lately, looking younger than her age! A particular post has caught everyone’s fancy lately. In fact, fans believe that she looks ten years than her original age! Tune in to know everything.

It is a hard pill to swallow for Sumit’s parents that he married a woman twice his age. They certainly do not like their daughter-in-law. However, fans of the show adore this couple. The 90 Day Fiance star, Jenny Slatten, recently shared a video on Instagram flaunting her new look and her husband on a date night. She seemed happy in the video. Her outfit was a red co-ord tracksuit with white shoes, and she showed off her new hair color, which was darker than usual. Besides, the 64-year-old reality star called her evening “great” through her caption. Many fans appreciated Jenny for her new look. A viewer says she looked ten years younger in the brand-new hair color. They had seen her as a blonde since she made her debut.

Jenny had faced many situations where she felt her love for Sumit wouldn’t survive. Now that the 90 Day Fiance franchise star is living a stress-free life with Sumit, her happiness is visible in her photos. She also seems youthful. In the past ten years, all she worried about was whether or not her relationship will last. She even feared that there could be a possibility of leaving India. However, her days of sorrow have been over. Now she is overjoyed because she is married to the love of her life, Sumit. The reality TV couple never shies away from sharing how much they love one another.

Unfortunately, some viewers say that Jenny and Sumit’s married life will have a short span. In fact, Sumit’s father, Anil, also felt so too. He even wanted the couple to get a divorce from one in the latest episode. Hence, the audience is curious to know how their relationship’s journey will play out in the upcoming episodes.

Fans of 90 Day Fiance have loved the couple, Jenny and Sumit, despite from age gap. The viewers are well aware of the fact that the couple had a rocky road during their almost ten years of a long-distance relationship and then marriage. Currently, the couple is living in India. They also tried to add spice to their sex life by going to Kama Sutra classes when on their honeymoon. However, her in-laws are facing difficulty in accepting Jenny as her daughter-in-law. Nonetheless, the celebrity is not a quitter. She has been fighting hard to get the much-needed acceptance from Sumit’s parents. Also, fans believe that her recent hair makeover gives her a stunning look.

Jenny’s hair appeared sleek and straight in her latest post. She gracefully went brunette from blonde. Fans adore her new look, and like that Jenny’s age hasn’t stopped her from experimenting with her appearance. Her followers mention that the American reality TV star looks younger than her age since her makeover. Another person asked about Sumit’s reaction. Jenny was quick enough to reply that he liked her hair transformation. However, it will be hard to justify her age gap to the immigration department. She isn’t getting younger as time passes. So, there will always be a gap of 30 years between her and Sumit. For all the latest reality TV updates, keep coming back to TV Season & Spoilers.