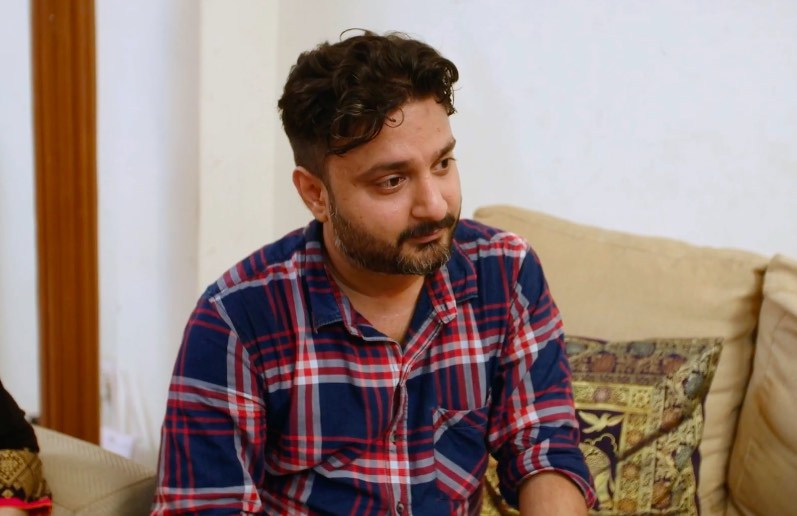 90 Day Fiance fans have noticed a major change in Sumit’s body and appearance ever since he recovered from COVID 19. Many wondered whether it is because of the aftereffect of COVID 19. However, the same is not the case. Jenny has revealed the actual reason behind Sumit’s major weight loss. Scroll on to know the secret of major weight loss.

Sumit and Jenny are living together in India, defying all the social restrictions. The couple is not married but lives almost the same as a married couple. Back in April, Sumit and Jenny got infected with the coronavirus. Thankfully, the couple successfully recovered from the deadly virus. Fans were most concerned about Jenny because of her age.

Meanwhile, ever since the couple recovered, fans saw a major weight change in Sumit’s body. Well, these changes were positive. Sumit has now been more focused on yoga and exercise. Jenny recently uploaded a video on Facebook revealing Sumit’s fitness secret. The viewers could see Sumit in the video running from one corner of the house to another. Jenny also wrote, “His morning routine even in this hothouse he runs.”

Well, it’s too hot in India right now. And it mustn’t be possible for Sumit to go out for a run. Therefore, he is trying to stay fit by running in her house from one room to the hall to another room. The star also posted a series of his yoga photos. Indeed, Sumit is focussing more on his health ever since he recovered from COVID 19.

Going out for a run in such hot weather might not be easy for Sumit. Therefore, the star chose the alternative option. He instead runs in his house. Fans also appreciated Sumit’s effort to stay fit. Moreover, it’s a cheaper method. A follower commented on Jenny’s video, “Cheaper than a treadmill.”

Few fans continued to appreciate Sumit saying, “You go, Sumit!” Well, others wished to have the same discipline as Sumit. A fan wrote, “I wish I had the same discipline.” Well, Sumit and Jenny are fans’ favorite couple. And the couple is less troubled by each other’s drama and more by social drama.

Fans love to see Sumit being focused on his life. A follower commented, “He’s just the cutest!” Moreover, a few also praised Sumit’s dedication. Fans find the love between Sumit and Jenny to be pure. One wrote, “You two are my absolute favorites of the entire series! The love between you 2 is real and genuine.” Well, the love in real life always appears to be genuine. However, the same doesn’t appear in the reel life. Fans want TLC to cover how Sumit’s Indian parents agreed to let him stay with Jenny. Let’s further wait to see whether that will happen or not.