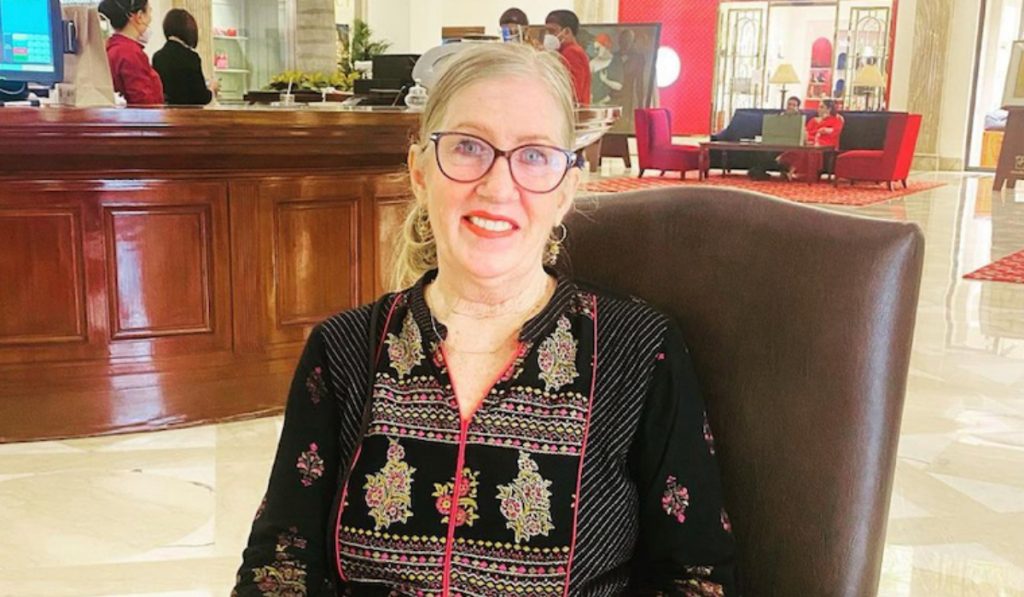 90 Day Fiance fans have been watching Sumit and Jenny’s story on screens for a very long time well. Apparently, the couple has been struggling with their age gap issues and the 33-year-old parent’s disapproval. However, Jenny tries her best to fit in and keep her husband’s interest tied to her. The 64-year-old’s efforts are limitless. Another attempt to keep Sumit intact is her new makeover which literally makes her look younger. But is there some other intention behind this? We have all the information you might wish to know, so keep on reading.

The 90 Day Fiance fans are well aware of the bumpy journey the couple has faced in their ten years of dating and then in their married life as well. Apparently, Jenny has been trying to level up her game by going to kama sutra classes in the past to living in India lately. However, it seems that things are not yet working out with her in-laws. Nevertheless, the star’s efforts are never-ending. Slatten recently came up with her new dark hair transformation that gave the audience a literal shock.

Hands down to the fact that Jenny looks younger in her new hair, and fans love her look. The star’s new look is ruling social media and is getting well-appreciated as well, as per Soapdirt. Apparently, a fan commented that the American native looks 20 years younger than her age. Another one asked if Sumit liked the color. Jenny instantly replied that indeed he did. There were also comments that called Sumit a lucky guy as his wife looks gorgeous and sexy. However, it seems that whatever she does, she will definitely have issues justifying her age gap to the immigration department. This is because whatever she does, her age won’t change.

The 90 Day Fiance star couple is lately living in India and is trying to convince Sumit’s parents. Recently, the duo posted a picture of themselves and greeted their fans for thanksgiving. Fans loved the picture and inquired if the couple was in the US. To this, the couple replied that they are still in India. Another fan added that Sumit won’t ever leave India as he is never planning to go to the States. The TLC pair replied, saying that they both love to live in India and not just Sumit.

But is Sumit even aware of the fact that his wife is secretly starting the process of moving to the States? In recent episodes, Jenny was featured talking to her lawyer

and applying for the process. However, her lawyer makes it clear that it would take around two years for Sumit to get his visa. Not only this, but the official also adds that their age gap would also become a barrier. And if her in-laws take some legal action against her, the process would be further slowed down. Nevertheless, it would be interesting to see how the Indian native will react to things happening behind her back. Keep coming back to TV Season & Spoilers for all the latest 90 Day Fiance updates.