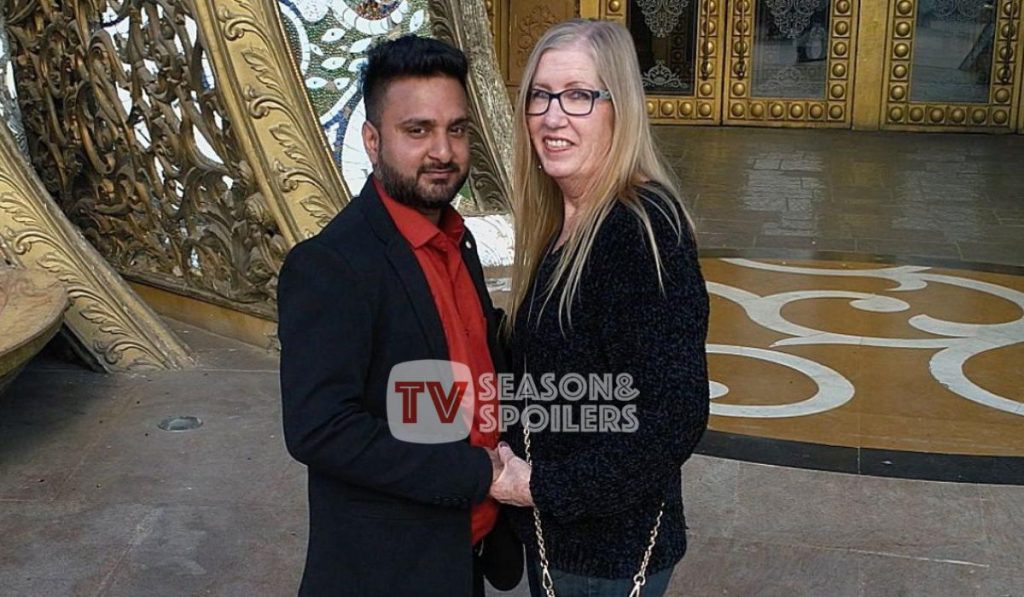 A lot of 90 Day Fiance fans admire Jenny and Sumit’s storyline in The Other Way spin-off. Moreover, it had a combination of everything in terms of drama, cultural differences, age gap, parents’ disapproval, and so on. Yet, their love won as they tied the knot by the end of Season 3. As they became everyone’s favorite couple, Sumit and Jenny share tons of adventures from their married life online. Lately, fans have been in awe of Jenny for her new look as she looked nothing like her age. Keep scrolling to take a look!

Jenny and Sumit are by far one of the most popular 90 Day Fiance couples. In fact, they have been through thick and thin to prove their love for one another. Although they have been in a relationship for a decade, they finally ended up marrying one another quite recently. Since then, viewers remain eager to get a glimpse of their new chapter as a married couple through Instagram. As a result, the famous husband took to his account to share pictures of his recent coffee date with his wife.

TV Season & Spoilers highlights that fans took note that Jenny was in a new avatar. Apparently, she wore a baggy black shirt with ripped jeans and some sneakers. This was quite different from the way the American woman usually dresses. As she has a lot of respect and admiration for her partner’s culture, Jenny often wore traditional Indian attire. Even when she wore regular clothes, she kept it minimal with regular full-sleeved shirts, hoodies, and jeans. Thus, this new look seemed very refreshing on the celebrity, and followers were in awe of her.

Then they rushed to the comments section to compliment the 90 Day Fiance star. In fact, some of them even said Jenny is aging “backward” and looked very pretty in the new photos.

Jenny Slaton has been quite relentless since her 90 Day Fiance debut. In fact, the woman left everything back in the US to be with her love, Sumit. This included her house, family, job, and so on. As a result, supporters have heavily admired her sacrifices. However, some die-hard fans found out that Jenny’s daughter, Tina was recently in India. In fact, she also made some sweet videos with her mother as she met Sumit for the first time. Apart from Tina, the TV star has two other daughters in America.

Later on, the famous daughter took to her social media to reveal she couldn’t talk much about her India trip. That’s because she and her significant other signed an NDA with TLC. Hence, after hearing about the involvement of the TV network, there was speculation that the famous couple would become part of the franchise again. Moreover, the audience presumes that Tina will join the cast as a supporting member

while her India trip will get featured in the series. Well, these are mere speculations, and neither of them has gone on record to talk of these things. Keep checking TV Seasons & Spoilers for more such 90 Day Fiance news.
News