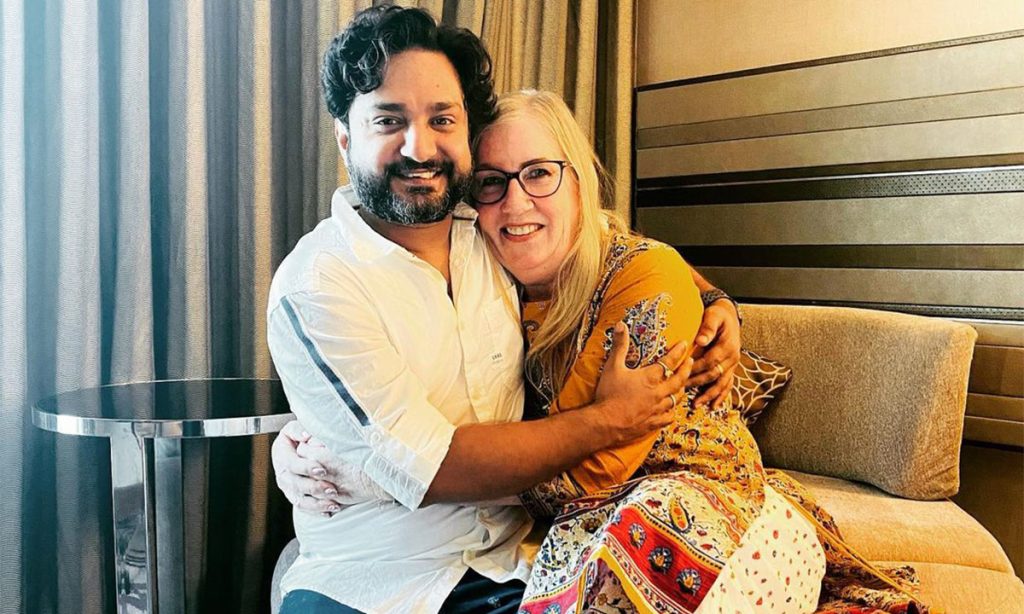 Sumit and Jenney are one of the most chaotic couples on 90 Day Fiance. Apparently, the duo has known each other for more than a decade and decided to walk down the aisle secretly. Despite their age gap and cultural differences, the couple is trying hard to make ends meet and is living together. However, fans know that Sumit’s side of the family never approved of their relationship and cut all ties with the newlyweds. But Jenny recently shared a video in which she was enjoying with her in-laws! Shocking, isn’t it? We have all the information you might wish to know, so keep on reading.

The 90 Day Fiance fans are well aware that Sumit’s family was never in favor of the couple’s relationship. Apparently, his mom completely disowned him and didn’t even talk to him since then. Indeed, the elderly couple wanted to have grandkids and wanted to watch their son tie his nuptial knot with someone of his age. But Jenny’s entry shattered everyone’s dreams. Hence, the Indian star did his best to reconcile with his parents, but they didn’t pay heed to his efforts. Therefore, it’s been a while since the viewers speculated that maybe Sumit has given up and gone back to America.

But it seems that the TLC star’s hard work and efforts paid off. Recently, Jenny took to Instagram and shared a wholesome reel celebrating Christmas. The shocking element of the clip w as that Sumit’s family was also present in it. It was hard to believe for fans, but they were really happy for the couple. The clip featured the close relatives of the Indian native, including his brother and sister-in-law. However, eagle-eyed fans quickly noticed that Sumit’s mother, Sadhna

, was not present in the video.

Fans called this a Christmas miracle. A user commented, saying that it’s great to watch Sumit’s family come around. While another one added, that’s how things should be. A 90 Day Fiance

fan pointed out that Sumit’s parents are missing the happy moments of their kid. However, it seems that Anil and Sadhna’s wounds will definitely take time to heal. Despite that, good things are paving the way for Sumit and Jenny, and fans predict that his parents will soon reconcile.

Nothing can pass unnoticed by the eagle-eyed fans of 90 Day Fiance. Apparently, Sumit and Jenny are one of the most controversial couples. Hence, fans love to keep an eye on them. Recently, the duo posted a reel of their family celebrations of Christmas. Indeed, Jenny looked stunning in the pictures and the clip. As they say, the first impression is the last impression, so of course, she had to look good because her in-laws were coming around. The celeb wore a red outfit with a white jacket, and her dark brown hair made her face look young and full of life. But it seems that she did something else as well to impress her in-laws.

A fan noticed Jenny’s face and took to the comment section to ask if the star got a facelift for Christmas. Apparently, another user also noticed the same and replied that it definitely looked like she did, but it’s good for her. Not only this, but the user further added that the celeb looks amazing. In addition to that, the third one chimed in and wrote that maybe just like her dark hair, she also got a facelift. However, fans were happy to watch Jenny mixing up with her in-laws and enjoying Christmas. Keep coming back to TV Season & Spoilers for all the latest 90 Day Fiance tea.