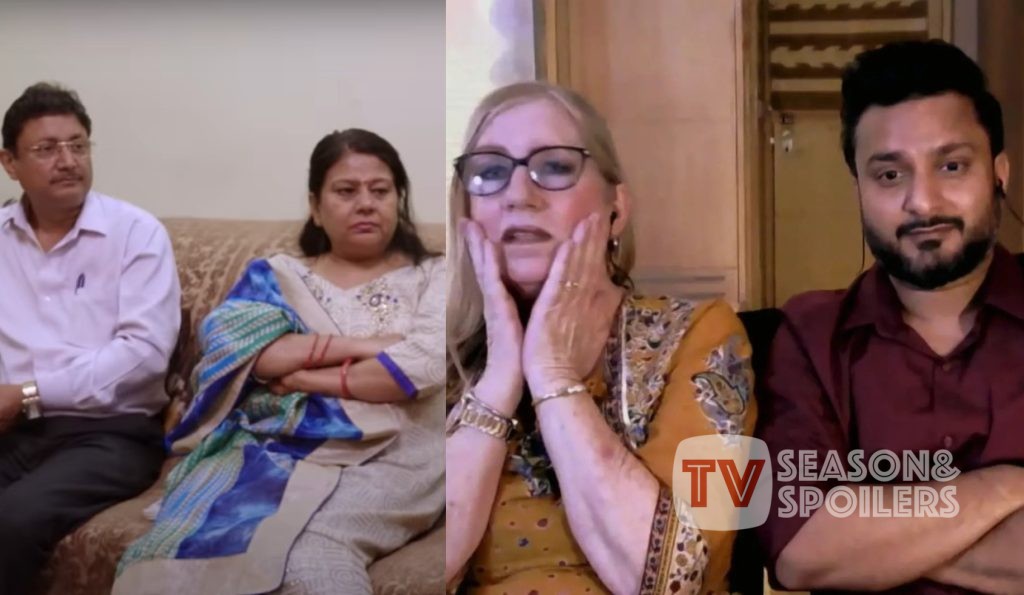 Jenny and Sumit have gone through many obstacles during their time on 90 Day Fiance. Their secret wedding led to the latter’s mother disowning them from the family. She has refused to meet the couple since the big reveal. Since then, the couple has been having a hard time trying to convince the rest of Sumit’s family to be on board with their marriage. It seems like Jenny has had enough by now. Hence, she finally dropped another bomb in front of her husband’s plan to move to America! So, how did this happen? How does everyone feel about this? Well, keep reading to know all the answers.

90 Day Fiance: Jenny Announces Moving To America With Sumit After His Parents Refuse To Accept Her After 10 Years!

Things got pretty heated in the latest 90 Day Fiance episodes with Jenny and Sumit. While the latter’s parents refused to accept them and disowned them, Jenny’s daughter came to India to visit them with her partner. Hence, all of them had a discussion about the couple’s relationship. While Sumit’s mother was not present, his father came along with Sumit’s brother and sister-in-law. Jenny’s daughter, Tina, began the conversation by saying they realized how much Sumit loves and respects his family. Hence, she wanted her mother, Jenny, to feel the same kind of love from them.

Alas, Sumit’s father, Anil, put an end to this that society, near and dear ones, and other family members said “harsh” words to them after finding out about Jenny and Sumit’s relationship. Hence, it was impossible for them to accept the couple. That’s when the American woman decided to drop the bomb on Sumit’s family. She stated that if the family has already made up their mind about not accepting the couple, they shall move to America. The 90 Day Fiance celeb feels things will work out as there will be distancing between the family and the duo. First and foremost, Sumit was deeply in shock after this reveal. He didn’t think his wife would drop such a massive bomb like this in front of the family.

While Sumit’s father, Anil, was quiet, his brother, Amit, asked him again whether the couple was serious about moving to America. Before they could explain this decision, the video came to an end. Hence, the fans are eagerly waiting to see how this segment is going to play out in the upcoming episodes of 90 Day Fiance: Happily Ever After.

90 Day Fiance: Jenny Hides Moving Away To America From Sumit!

It turns out that other dramatic things have taken place between Jenny and Sumit other than the family drama. The former has her heart set on getting her husband to move to the United States of America. That’s because things haven’t been working out in India for them after Sumit’s parents disapproval. However, the Indian man wishes to stay here and hopes his folks will forgive them one day. Well, Jenny got tired of that moment to come to she got in touch with an immigration lawyer to get started on Sumit’s visa process for America. Shockingly, he was not aware of his wife going behind his back to do this.

The lawyer was very clear in the beginning that Sumit and Jenny would have a hard time with America’s Immigration system. That’s because they will come off as a “green card” couple owing to their almost 30-year age difference. Jenny responded to this by saying that they have had a relationship for ten years to prove otherwise. Hence, things might just work out in their favor. That’s when the official mentioned that it might take as long as two years to get Sumit’s visa. In any case, Jenny really wants the couple to go to America now. As mentioned before, she has reached her breaking point. For all the latest 90 Day Fiance updates, stay tuned to TV Season & Spoilers.