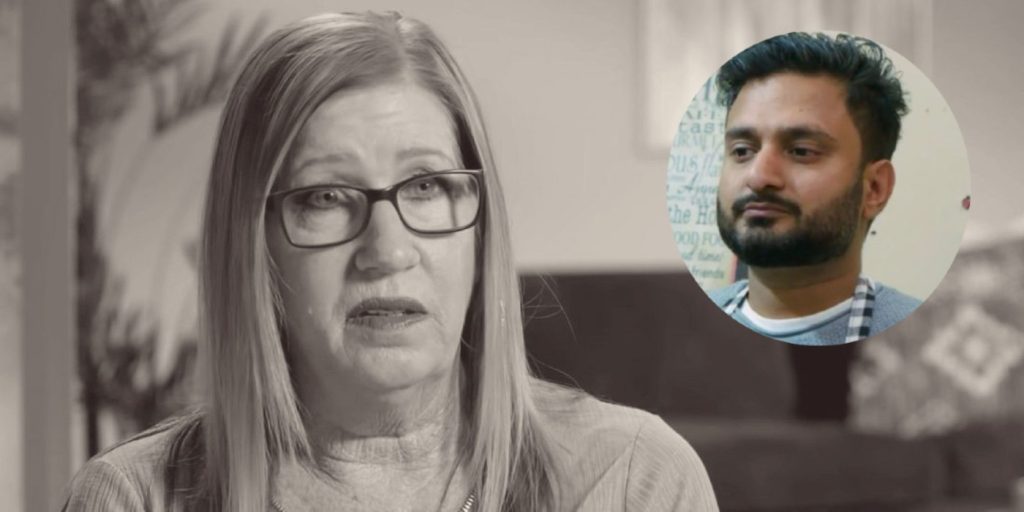 The 90 Day Fiance fans are familiar with Jenny and Sumit’s story. The couple decided to get married after ten years of togetherness. But fate isn’t turning the cards in their way. They are still facing several ups and downs in their lives. From getting trolled over the age gap to having problems in their intimate life, their issues are never-ending. Eventually, it seems the couple is getting fed up day by day. Recently, Jenny has expressed her desire to move to her homeland as she is sick of compromising. To know more, keep on reading.

Recently, the couple became a part of the 90 Day Fiance: Happily Ever After? But it seems that the couple isn’t having a happily ever after in their lives. Sumit and Jenny have recently returned from their honeymoon into their real life. Apparently, their honeymoon wasnt a brighter one, either. The couple ended up breaking Sumit’s stomach while practicing a lesson from their so-called Kama Sutra yoga class. As soon as the couple landed, Sumit decided to get back to work which Jenny eventually didn’t like.

Sumit doesn’t like to sit at home like Jenny does the entire day, just like a retired person. The star told his wife how excited he is to get back to work and do what he likes. But seems that the age gap is really creating a loophole here. Jenny slams her husband by saying why he doesn’t like spending time with her! The 33-year-old still tries to make her wife understand that working and making money has its own importance. However, Jenny doesn’t seem too convinced yet! Still, in a confessional, Sumit exclaims that he is trying to make more money so they can have a good life here in India.

The 90 Day Fiance couple again clashed when Jenny learned that her husband would be working six days a week and asked Sumit to get into a new business. Jenny knew how much Sumit loved his work, yet she slammed him for the same. The same episode also featured Sumit discussing his married life with his business partner Rohit. Fans learned that the 33-year-old star has no intentions of moving to the US as he has his family, work, and friends here, without whom he can never live! Recently, Sumit also talked about how he wants to have kids

. But he’s yet to tell that to Jenny.

90 Day Fiance: Jenny Thought Sumit Would Be On His Side!

The 63-year-old celebrity is having strong disappointments from her husband now. Jenny thinks that Sumit is not on her side anymore. In the same episode, Sumit suggests her wife go grocery shopping which shocks Jenny! She still feels like an outsider in India and feels awkward when the local crowd stares at her because she is a white woman. She also expresses that she won’t be doing this every day and hopes that her husband doesn’t expect her to do so.

The 90 Day Fiance says that maybe it’s time her husband should also make compromises for her. Later in the episode, Jenny exclaims that she has made a lot of compromises for Sumit, and still, he is not on her side! Eventually, if that’s how the patriarch wants to live, then Jenny would prefer shipping to the States

with her family and friends rather than living here. She has been living in the US for decades now, and in India, she feels lonely as Sumit is also prioritizing work now. Apparently, the 63-year-old star is sick of compromising!

Fans are really eager to see what upcoming episodes hold as it is evident that the couple will have severe clashes over their stay in India. Sumit has made it clear that he won’t move, and Jenny has made it clear that she won’t compromise. So it would be interesting to see who would move and give up on their aspirations for love! Keep coming back to TV Season & Spoilers