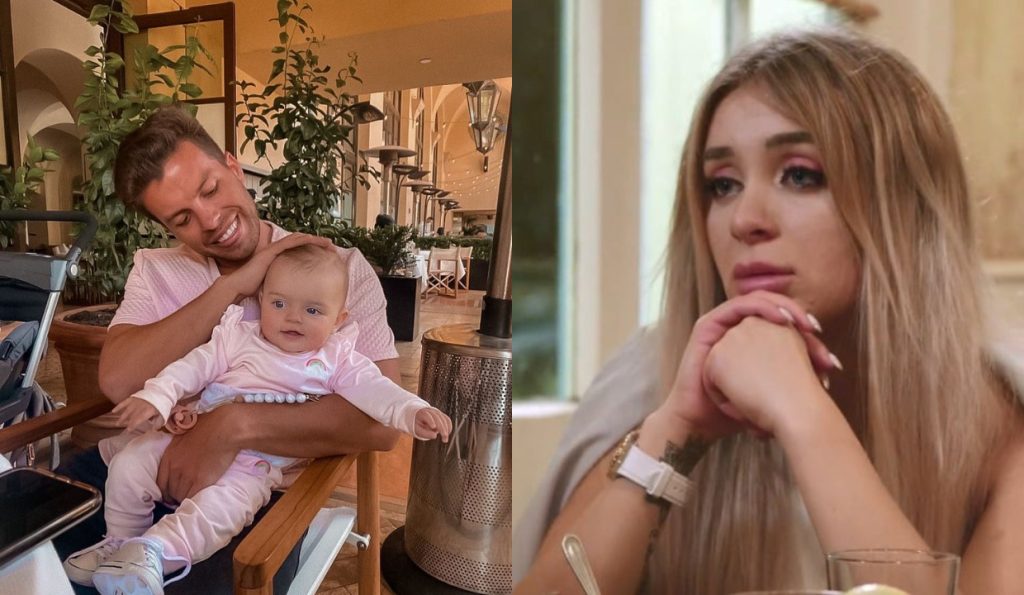 90 Day Fiance: Jovi Wants Baby #2 With Yara To Save Their Marriage

The 90 Day Fiance couple, Yara Zaya and Jovi Dufren have been dealing with a difficult time ever since they debuted on Season 8 of the show. The two of them met on one of his business trips. They first met with the intention of hooking up but ended up dating for six months. But after Yara got pregnant, Jovi proposed to her to get married. However, things were not going as planned. Due to Jovi’s job as ROV supervisor in underwater robotics, he used to be away from her for weeks. Yara was all left alone. The long-distance relationship soon got worse. It was their daughter that brought them together. So, now that things are not going well between them, Jovi thinks that another baby will save their marriage. Keep reading for more details.

90 Day Fiance: To Save Their Marriage To Yara, Jovi Wants Another Child?

Popular 90 Day Fiance stars Jovi Dufren and Yara Zaya, are equally obstinate when they want what they want. Neither partner is prepared to give up or yield. So, the American man believes that it is time for a fresh strategy when Yara keeps attacking him with her tried-and-true arguments. Well, Jovi has said that is sick of Yara and her constant bickering. She is persevering, nevertheless. Meanwhile, Zaya expresses her desire to remain in Europe from now on. She claims she wants to move to support the people out there. However, fans think it has outgrown its bounds.

Many viewers seem to be supporting Jovi this time. He has frequently outlined why he prefers Yara and their daughter return home rather than stay in Europe. Besides, Dufren thinks it could be too risky. Jovi is dominated, though. This is because Yara is guided by her mother, Olga, and her friend Karina. As of now, it appears that Jovi has run out of options. Recently, he became irate during breakfast as the three women attempt to group up on him again. Finally, Yara confronted her husband and tells him he had made her mother cry. However, he had had enough when Yara’s friend Karina called him selfish.

Jovi explained that he wants to return home as a family because that is how they arrived. But Jovi knows that things wouldn’t settle with this. Thus, he came up with an idea. As per Soapdirt, he told his wife that they should plan for a second child when they return. Yara seemed to be surprised to hear that and thought that Jovi was using the idea of a second child as a negotiating tactic. Also, she said she was not ready for another baby.

In the recent episode, Yara and Jovi traveled to Germany with Jovi’s friend Talmadge. While traveling, Yara tells him she should stay back and help the people. However, one of the Reddit users said that when the couple visited Prague and Germany, they posted some pictures of it, which was achieved. The fans also said that they remember Yara writing in one of the captions that she worked so hard to afford a trip like this, and it was worth it. As per TheHollywoodlife

, fans continued and said that it has always been a vacation for her. So, she never intended to extend her stay in Germany or finish her trip there. He knows all this because they flew to Turkey for a holiday on the Mediterranean coast following Germany.

Many fans remember the pair posting pictures from Antalya. After the season finished airing, they probably will distribute these pictures again. None of this implies that Yara’s worry for her friends, family, or fellow Ukrainians was unfounded. That could only be real. However, as many fans had guessed, Yara used a plot to express her sincere sentiments of compassion, familial bonds, and homesickness. Stay tuned to TV Season & Spoilers for all latest updates.