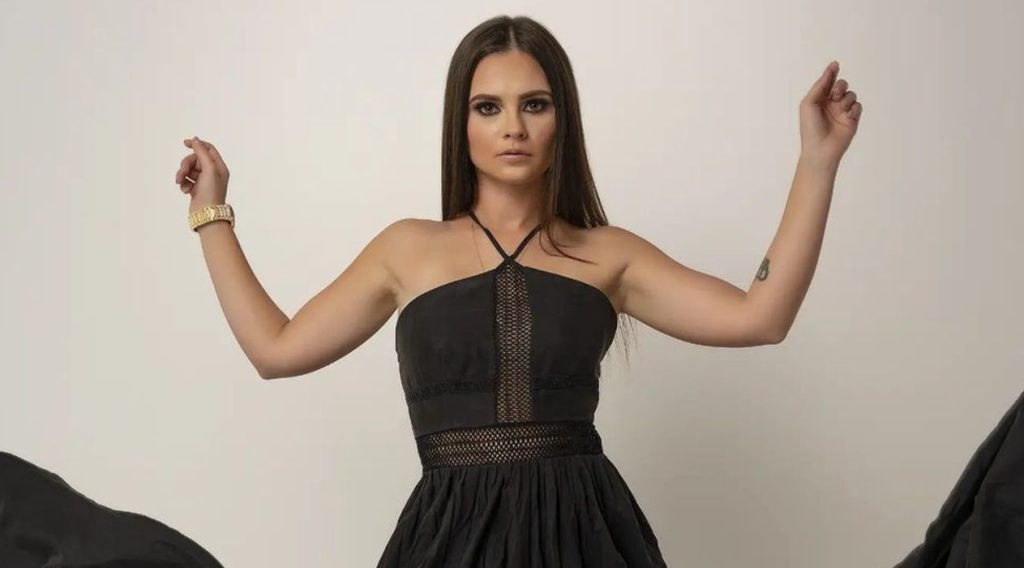 A common friend introduced Julia and Brandon to each other. The 29-year-old Russian woman was working as a go-go dancer in an Asian country then. Brandon saw her there and decided Julia would be his wife by the end of the first day. And within weeks, he met her in person. Finally proposed to her in Iceland. On 90 Day Fiance Season 8, viewers saw them taking vows together. Although Julia’s life has been honky dory after her arrival in the United States. Lately, the star stunned fans with her new makeover. Julia took inspiration from the Netflix series Wednesday. Keep reading and scrolling to get a glimpse of the same!

The 90 Day Fiance star, Julia, has always managed to maintain a cheerful personality. It aided her in winning over her husband’s parents, Ron and Betty Gibbs. It happened after many ups and downs. They used to make her work on an animal farm but now join her in making funny Instagram Reels with Julia. But Julia chose to perform all by herself in her most recent Instagram Reel. The celeb recorded herself dancing while wearing a black, frilly dress and styling her hair to look like Jenna Ortega’s Wednesday from the hit Netflix show. In the trend, Wednesday demonstrates her unusual style of boogying to Lady Gaga’s song “Bloody Mary” at a school dance. Julia recreated it for her fans.

The viewers were happy to see her with a different look. A viewer commented on the Instagram Reel that she looked exactly like the main character. The 90 Day Fiance celebrity was happy to know the fan’s positive reactions. At the same time, she also got praise for dancing gracefully. Julia has been busy pursuing a new career as she prepares to move to her and Brandon’s Virginia Beach house in 2023. The Russian beauty is currently employed as a dog trainer. She has been assisting her father-in-law, Ron, with dog care and also helping in training these creatures on their farm.

Apparently, Julia also got a letter from the immigration department in November. The Russian woman was afraid that she might be deported. She didn’t share much about the same. However, Julia appears to have gotten her Green Card after struggling to prepare her documents last year. The 90 Day Fiance fans believe Julia’s mood swings are the reason for her confusing, half-baked updates on Instagram.

Julia found work as a dance trainer and wedding planner at a local gym in the previous 90 Day Fiance: Happily Ever After season. But she doesn’t have a permanent job. Therefore, she desired to go to Las Vegas to get employment. On the other hand, Brandon had a steady job as a pest control technician in Virginia. It was difficult for them. However, she found a career in modeling in the United States after switching careers 15 times. The Russian star had previously shared three stunning photos of herself on Instagram to showcase her attractive appearance as a magazine cover girl. She looked stunning in a backless white and cyan gown. Her look appeared astonishing with an elegant bridal tiara.

The TLC star appeared confident and stunning in her photos. Her photo was the cover for the January 2022 issue of Meruem, which is a fashion magazine. She once mentioned that she is a natural model. which is justified by her photographs. Her fans seem to agree with this. Julia’s followers were happy to share their views in her comment section. Her fans loved her “makeup” as well. Also, they all were stunned by the fact that she started working at the age of 13. Stay tuned to the TV Season & Spoilers for all the latest 90 Day Fiance updates.