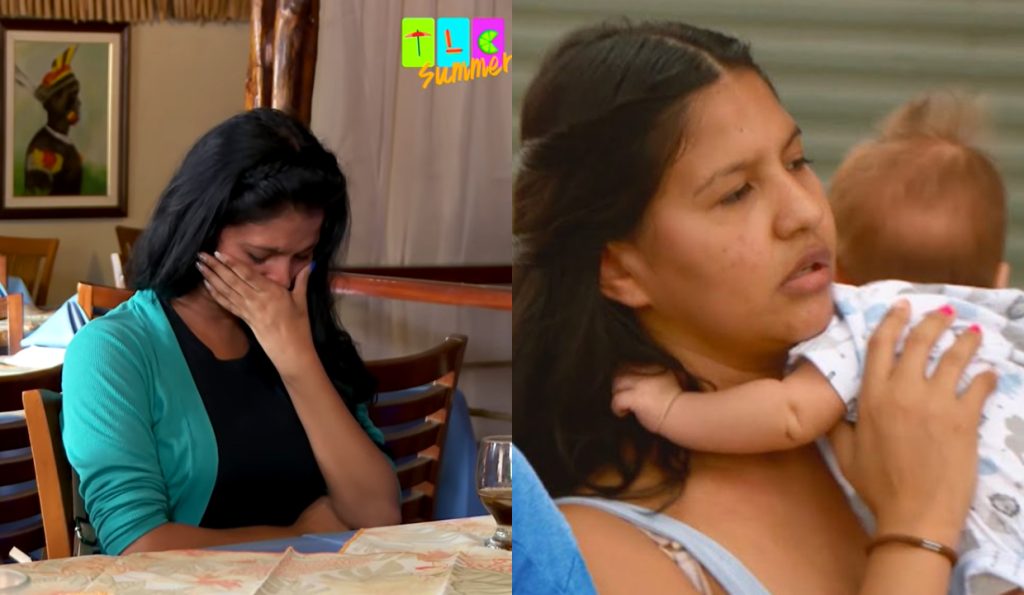 90 Day Fiance: Karine Breaks Into Tears While Sharing A Heart-Shattering Update About Her Kids With CPS

Karine Martins and Paul Staehle became famous through the show 90 Day Fiance. It has been years since they made their debut. Unfortunately, they aren’t a part of the show anymore. That’s because they landed themselves in trouble with the law, and the network most probably fired them. Amidst their abuse allegations, their kids are also suffering. Apparently, they are with CPS. Their mother made an update about the same on her social media, and it was quite gut-wrenching. Keep reading to know more details about this.

90 Day Fiance: Karine Cries Hard While Saying She Is ‘Forbidden’ To Post About Her Kids

Karine and Paul haven’t been the best 90 Day Fiance couple to come out of the reality show. In fact, things took a drastic turn last year. There was leaked footage making rounds on the internet about Karine abusing her husband. Since then, they have fallen into trouble with the law. Moreover, their kids are also under CPS. The court considered parents to be “unfit” for taking care of their sons. Hence, Karine is now adamant about regaining custody of her kids. So, she is following all the guidelines to do so. Amidst this, she made a heartbreaking post about how hard this process has been for her. Monstersandcritics reshared these im ages.

It turns out that the court has allowed her to visit her kids only once a week, just for an hour. Karine posted a video of herself crying her eyes out, and her face swelled up in the clip. With this, the Brazilian woman mentioned that she was “forbidden” from making posts about her kids on her social media. The 90 Day Fiance star didn’t give out many details about the new custody agreement, just that it was quite hard on her. In fact, her kids had started referring to their foster mother as their “mom,” and it broke her. Her well-wishers took to the comments section to assure her that things would be better soon.

While Karine Martins has been giving updates about the custody case through her social media, the 90 Day Fiance has wondered where Paul Staehle has been. It turns out that he was recently vacationing in Brazil. Hence, fans began shaming him for escaping his parental responsibilities. Amidst this, the American man also made a custody update about the district judge handling their kids’ custody case. Paul also called the system rigged and appreciated his ex-wife. He found it unfair that she could only spend an hour with them on a weekly basis.

Paul Stahele went as far as saying that he wants an evaluation for their district court. He also revealed his and Karine’s future plans to hire a “legal team” so they can “fight” for their children. The 90 Day Fiance celebrity also shamed their “case worker” for “hanging up” on him when he asked for assistance. Paul also stated that she talks to the couple like “complete trash”. At last, Paul reminded viewers to “vote” wisely. Noted Instagram page, @rewatchreality, reshared this Instagram story on their profile. Keep coming back to TV Season & Spoilers