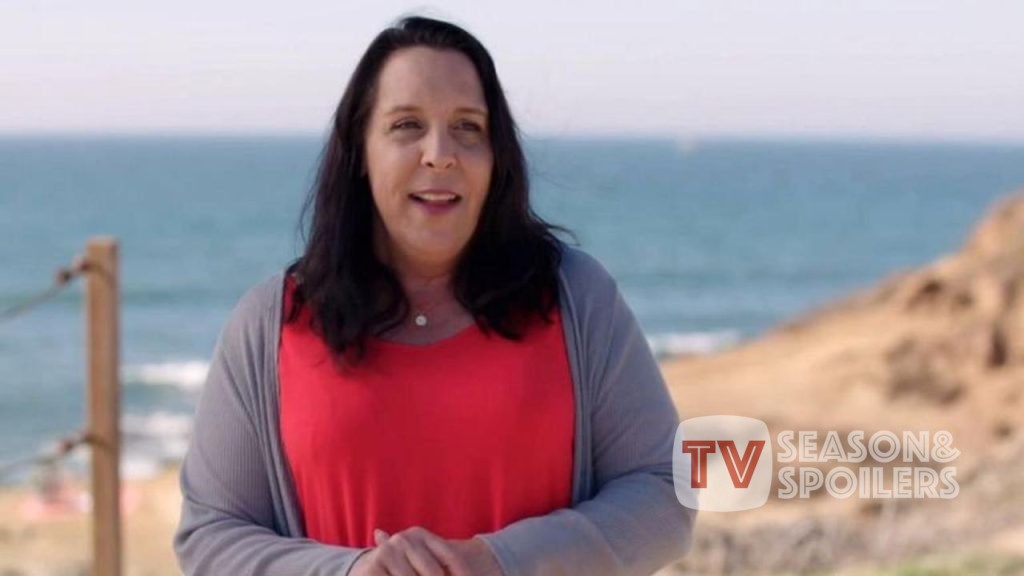 90 Day Fiance has seen various kinds of couples. Fans of the show have enjoyed watching some really complicated and incompatible pairings. Kim Menzies and Usman are one-such couple with a huge age gap. The Internet did not take it well and trolled Kim for her looks after which she underwent a few changes which changed her look. However, the effort to keep up with Usman’s age might not work since the couple might not be together anymore. Keep reading to know what happened between them!

Viewers labeled her ‘thirsty’ and called her various names when she decided to date, Usman. They also suggested ways to look ‘younger’ to match her younger boyfriend better. People photoshopped the 90 Day Fiance star’s hair for her to look a certain way. Probably, the star took the advice seriously and underwent a major hair makeover. The dyed black hair is now a chocolate-colored mane with soft curls.Further, Kim shared the new look through an Instagram reel. However, the shared look isn’t Kim’s final. The reality-tv star is yet to go through a few final changes.

Kim’s hair expert, Danielle, explained that since she has thin and fine hair, the color correction is done slowly. Initially, she was given babylights with a base color to soften her harsh previous color. Kim’s hair has been colored balayage through the length to create alike ribbon highlights. It will also uplift any dark colors if present. The star wooed her followers and viewers by looking younger than her age. She seems confident and more in her skin than she did previously. Fans praised Kim for making changes in herself.

However, they wish Kim could get some bangs now and suggest her blonde hair color. Critics feel Kim’s best decision was to ditch her black-dyed and go in for a makeover. She is also in the news for her son’s dating life. Jamal has found someone within the franchise and is dating Veronica. Veronica is smitten with love for Kim’s son, but the latter is not ready to commit. Although fans did not appreciate his behavior of being the ‘red’ flag guy, Kim has not spoken about it.

90 Day Fiance: Kim And Usman Break Up After She Returns The Engagement Ring!

The age-gap couple of 90-Day Fiance has been through a tumultuous time, especially Kim. People have criticized her, citing her appearance and older age. However, she did not leave hope and traveled to Nigeria to meet Usman’s family. The move came after the couple decided to get married. They went to Sojaboy’s hometown to receive his parents’ blessing. Sadly, Kim did not have a good experience there as Usman’s family members, especially his mother was reluctant to accept her. Finally, after the whole season’s struggle, they accepted the couple.

Kim compromised a lot to marry Usman by allowing him to have children with another woman. However, things went South when the couple decided to adopt Usman’s nephew. The catch came from the nephew’s parents, unaware of the adoption plan. Kim also complained to Usman for not giving her proper attention or conversing well with her. The Nigerian native asked Kim to leave if she did not understand the reason behind the whole situation. The reality-tv star took it to her heart and left her engagement ring on Usman’s table, saying, ‘I am done here’. For more exciting news updates, stay tuned to TV Season & Spoilers.