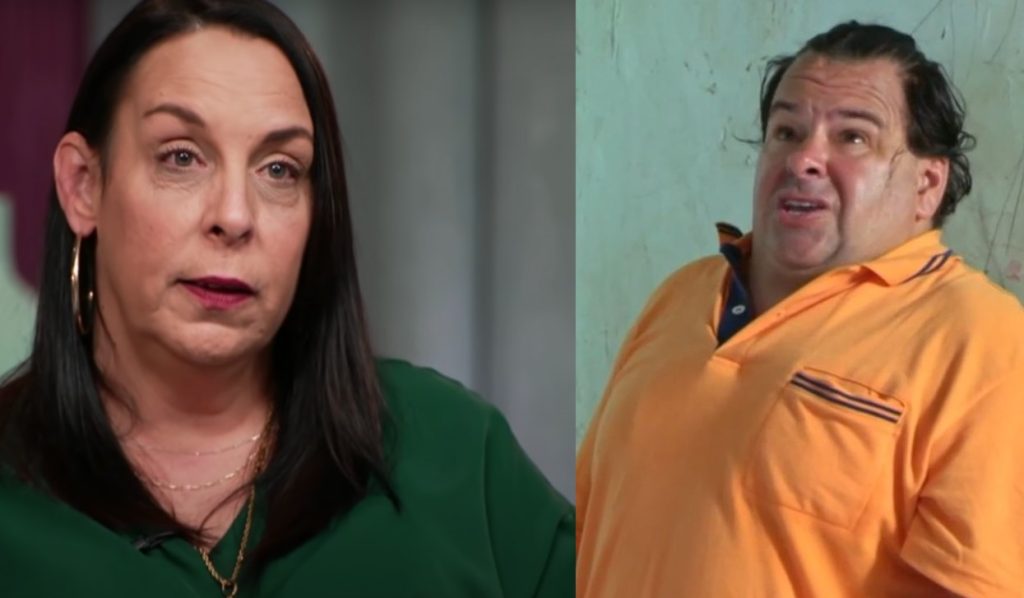 90 Day Fiance: Kimberly Is Ready To Take Revenge On Big Ed After Intense Tell All Fight

The recent 90 Day Fiance Tell All episodes are taking bizarre turns lately. They started off with Angela screaming at everyone and the occasional clashes between her and other celebs. Many of Angela’s fans thought that the drama was over. But later, they realized that the show had just begun. Hence, Big Ed took charge of insinuating drama and successfully created scandal after scandal. From revealing that he threw his ex out of his house to mocking Kimberly, the celeb was testing everyone’s patience. However, it seems that Kim won’t let him escape easily this time, as she is well-equipped to take her revenge on the controversial TLC star. Shocking, isn’t it? To know more, keep on reading.

The popular 90 Day Fiance stars Kim Menzies, and Big Ed are both San Diego natives, yet they never met in person. Apparently, the former was nervous about meeting other cast members. Indeed she was sure that Ed would definitely trash-talk everyone on the camera. However, Menzies bonded with Jenny Slatten as they had already connected via social media earlier. But it seems that Kim is now friends with Ukrainian beauty Yara Zaya also. Hence, Zaya recently took to Instagram and shared a clip of the trio going out somewhere in the car.

Zaya’s clip featured Kim with a pen and Big Ed’s sticker that she found in the car. The celebs got a flashback of how Ed was a being rude to them in the Tell All. 90 Day Fiance fans know that Ed called out Kim for considering herself a queen and mocked her by calling her Queen Kimberly. Hence, referring to the same, Menzies reveals her revenge plan to her girls, as per ScreenRant. Apparently, she plans to return to San Diego and get her own stickers with “Queen Kimberly” written on them. Not only this, but she will also stick them over Ed’s stickers.

Hence, till then, she wrote on the back of the sticker that Queen Kimberly was here. Meanwhile, Yara giggles and adds that Kim will be pooping on the sticker. However, Menzies asked her to hush. Hence, it is clear that Kim and Big Ed aren’t two peas in a pod. Fans felt that the celeb was wise enough to understand that the best revenge could be only taken through Ed’s stickers. Apparently, viewers are aware of Big Ed’s obsession with his stickers and face. Evidently, his signature logo is his own face that he has put all over San Diego!

Many 90 Day Fiance fans are well aware of the fact that Kim has been going through a rough breakup with Usman Umar. Apparently, the duo is in a situationship where they have broken up, but they are still talking. And Menzies wants to visit him for the last time. However, amid all this, the celeb had to come for the shooting of the Tell All ep isode. Indeed, she was dicey at first regarding bonding with the cast. But it seems that Kim has made new friends and is really enjoying them.

Recently, the San Diego native took to Instagram and shared a clip in which she was enjoying with Jovi and Yara Zaya. Kim wrote in the caption saying that she had a good time in NYC with good people. Not only this, but she also added that she is really grateful to call them her friends. Yara took to the comment section and said that she had a really good time and thanked Menzies for making her laugh so much. Fans were happy that the celeb is bonding with her cast mates and is away from toxicity, at least for a while. Keep coming back to TV Season & Spoilers for all the latest 90 Day Fiance tea.