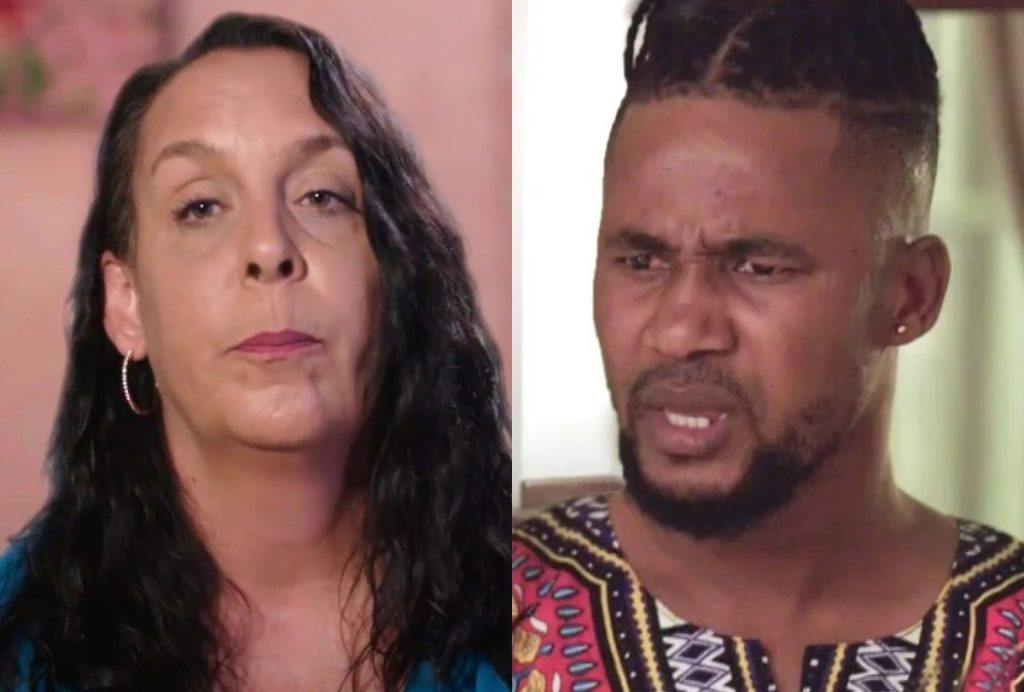 The 90 Day Fiance stars Kim and Usman are no longer a couple now. Apparently, their lives have never been easy. Fans remember how Kim made her debut in Season 5 of a spinoff and fell for Usman. Since then, the duo has been together and was on the verge of walking down the aisle and thinking of adoption too. But it seems that some things are not meant to be, and so was the star couple! Hence, Sojaboy broke up with Kimberly to avoid their relationship’s toxicity. But it was shocking for fans to watch Usman mocking Kim for her medical condition and leaving her in this situation. We have all the information you might wish to know, so keep on reading.

90 Day Fiance: Kim Opens Up About Her Medical Condition!

The 90 Day Fiance exes Usman and Kim have had a chaotic and toxic relationship all over the years. Hence, the former prioritized his peace of mind and left the latter. However, they indeed didn’t end their terms on a good note. Apparently, the viewers witnessed how Sojaboy mocked Menzies by saying that he wouldn’t want to be with a woman who’s 18 years older but behaves like she’s younger than him. Not only this, but he also added saying that “walk is wrong” in reference to Kim. So, the viewers witnessed how Usman made fun of the 52-year-old’s medical condition.

Now you might be thinking, what has happened to Kim’s walk? Apparently, fans noticed that Kim’s style of walking had changed lately. The celeb has an unusual gait. Not only this, but when she walks, her legs appear to be bent at the knees, making her walk unique. But there’s a reason why she walks like this. A lot of fans might already know that Kimberly has a military background. She served in the army from 1989 to 1996, when she was just 19 years old.

The TLC star explained that when she was serving in the army, she had to jump out of many planes as a part of her duty. So, while jumping, she dislocated her hip twice. In addition to that, Kimberly had arthritis in one of her hips as well. Hence, as she grows, her past ordeals are making their way back into her life and are affecting her walk now!

90 Day Fiance: Kim Declares She Won’t Settle For Less Than She Deserves!

Indeed it is painful to watch your partner mocking your insecurities and making them the reason for not being with you. Well, Kim was in the same situation. Her life revolved around getting comments on her walk to getting suggestions for a tummy tuck. But it seems that now she has decided to restart her life and never settle for anything less than her worth. Hence, the 90 Day Fiance celeb chucked off all her life drama and enjoyed New Year’s Eve. Kimberly recently took to Instagram and shared snaps from her fun eve.

Kimberly wore a black top with silver sleeves and looked stunning with her hair open and balloons in her hand. She captioned the snaps, saying that New Year’s ever was really fun, and she is thankful for new friends and new opportunities as well. Kim further added that she won’t ever settle for anything less than she deserves, as 2023 is all about happiness. Fans loved the picture and loaded the comment section. Apparently, the viewers were happy and thought that the celeb was glowing differently now. Keep coming back to TV Season & Spoilers for all the latest 90 Day Fiance tea.