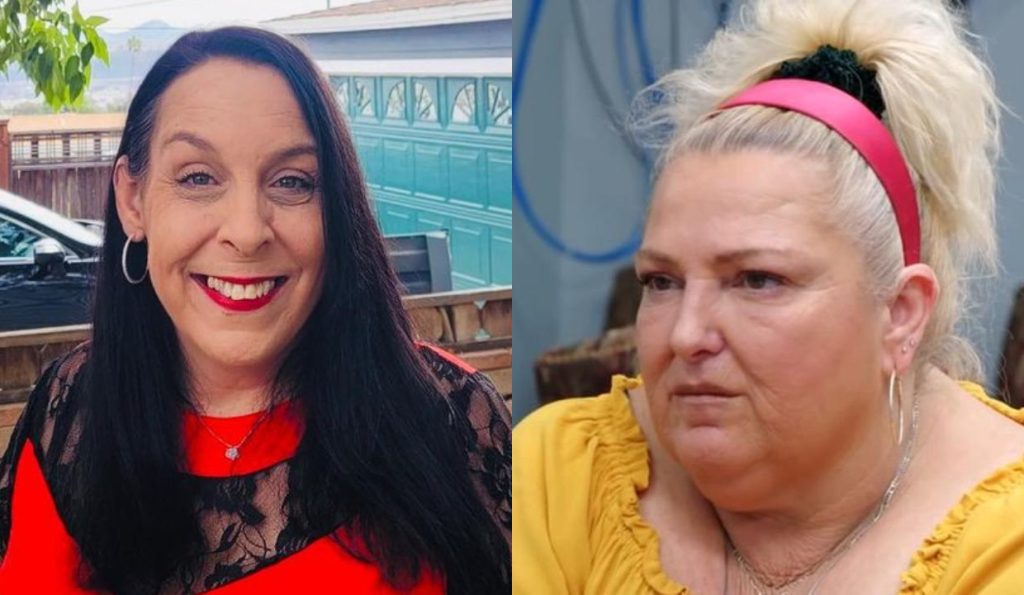 Kim Menzies became part of the 90 Day Fiance franchise this year. She appeared in the Before The 90 Days spin-off with alum Usman “Sojaboy” Umar. They have had a lot of problems in their relationship. This includes the age gap, cultural differences, the man’s wish to be a polygamist, and so on. Surprisingly they are still going strong. Kim has also been trying to look younger and better for her man. For instance, she got her teeth whitened at the beginning of her debut in Happily Ever After. The latest posts on social media suggest that she also went through an extreme hair makeover! So, how does Kim look now? Keep reading to know more about this.

Kimberly Menzies made her debut on 90 Day Fiance in her 50s. Meanwhile, her beau, Usman Umar, is in his 30s. Despite this, they are giving their relationship a go. Although they have had a lot of differences and quarrels, the American woman is trying very hard to impress him and his family in Nigeria in the latest episodes of Happily Ever After. At the beginning of her trip, Kim also went for teeth whitening as her man, Usman, had mentioned having issues with it. Similarly, a noted Instagram page, @90dayfiancenow, put up a new picture of Kim. In it, her hair was cut short, and her long brunette locks were blonde!

The 90 Day Fiance fanbase started giving it a lot of attention. Most of them loved Kim’s transformation. Some said she looked better than her fellow castmate, Angela Deem. The latter, too, went through a major weight loss and transformation during her time on the reality show. However, Kim was quick to clarify the rumors. She went on her Instagram to state that the post was photoshopped. Hence, she is still her old self and hasn’t undergone an extreme hair makeover. Although many people admired this supposed new look, she found it hilarious and nullified all the rumors. Then, the audience had a laugh about this entire matter.

90 Day Fiance: Usman Cheating On Kim After Luring Her Into Polygamy?

Polygamy is a part of Usman Umar’s culture. Hence, he is willing to marry more women after tying the knot with Kim Menzies. As the latter is quite old to bear children, SojaBoy will fulfill his wish of being a father through his other wives. 90 Day Fiance fans considered this to be a major red flag. However, Kim seems to be okay with this as she thinks being the first wife would make her Usman’s priority. But things took a drastic turn. Viewers saw Kimberly’s jealous side as she suspected her future husband of cheating on her. It all happened when Usman threw a party for his birthday at a club. Kim got to meet Ali, Usman’s manager and the only girl at the celebration.

In the beginning, Kim appeared chill and attempted to mingle with Ali. That’s because both of them were the only girls at the party. But, the celebrity couldn’t help but ask the woman if she was the second wife Usman had chosen to bear his children. Ali laughed it out and declined this politely while saying things between Usman and her have always been “platonic”. After witnessing this, viewers can tell that Kim will have a hard time when other wives actually become part of Usman’s life. Many keep urging Kimberly to find someone monogamous. Keep checking TV Season & Spoilers

for all the exciting 90 Day France updates.