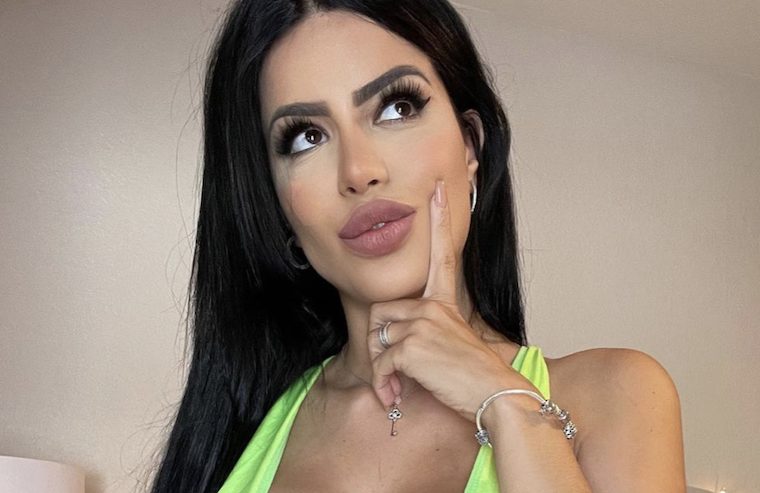 90 Day Fiance alum Larissa Lima recently uploaded a dancing reel. She seems to be dancing really well. However, instead of noticing Larissa’s dancing skills, fans noticed a significant change. Some wondered it’s Larissa’s nose that looked different than usual. However, very few took notice of Larissa’s dance. Let us look into the details below.

90 Day Fiance: Larissa Lima Looking Different! Did She Got Her Nose Done?

Larissa Lima recently uploaded her dancing video on Instagram. The star wore a white top and grey ripped shorts. Larissa beautifully danced on Mega Funk- A Pedido Da Tropa. And she captioned the reel as, “Am I improving dance skills?” Fans don’t think Larissa is improving, but they surely love the way she dances. One fan commented, “Not so much on the dancing, but you still cute.” Another disagreed and stated that “looks good to me.” Well, a few think that Larissa still has a long way to go, but glad that she tried. However, dance was the last thing that fans took notice of.

Many said that the star was unrecognizable and looked a lot different. Although, some wondered what the exact change was there in Larissa’s face. A fan even claimed not to recognize Larissa. He wondered, “You look so different did you get a new nose.” Larissa’s nose did look more pointed. But, hasn’t she got her nose done way before? Is that just the filter, or has she done something with her nose again? However, Larissa hasn’t talked about getting her nose done in recent times. Although, she definitely talked about getting more surgeries. So, was nose the part of it?

90 Day Fiance star Larissa Lima is not a natural beauty. She is more of plastic beauty. The star went through a lot of surgeries to look how she looks today. The star always wished to have a big bust and was in favor of surgeries. And, now she has got all that she ever wanted to get.

However, fans still think that Larissa would have been better with her natural beauty. Some even miss Larissa’s natural face. A fan commented, “You are pretty, but I miss your natural pretty face.” The fan further added, “You do what makes you happy but too much work on the face in my opinion.” It’s always Larissa’s choice to do whatever she wants to do with her body. However, it’s fans’ choice to make the star aware of how they feel.

Larissa Lima recently fulfilled the fans’ popular demand. She uploaded a photo of her wearing golden chains. The star wrote, “When I come through, it’s by popular demand.” Fans loved the way Larissa looked. Some even called her golden barbie and Egyptian process. Larissa looks beautiful in a very way. So, does she need to have makeovers and plastic surgeries? Let us know what you think in the comments below.