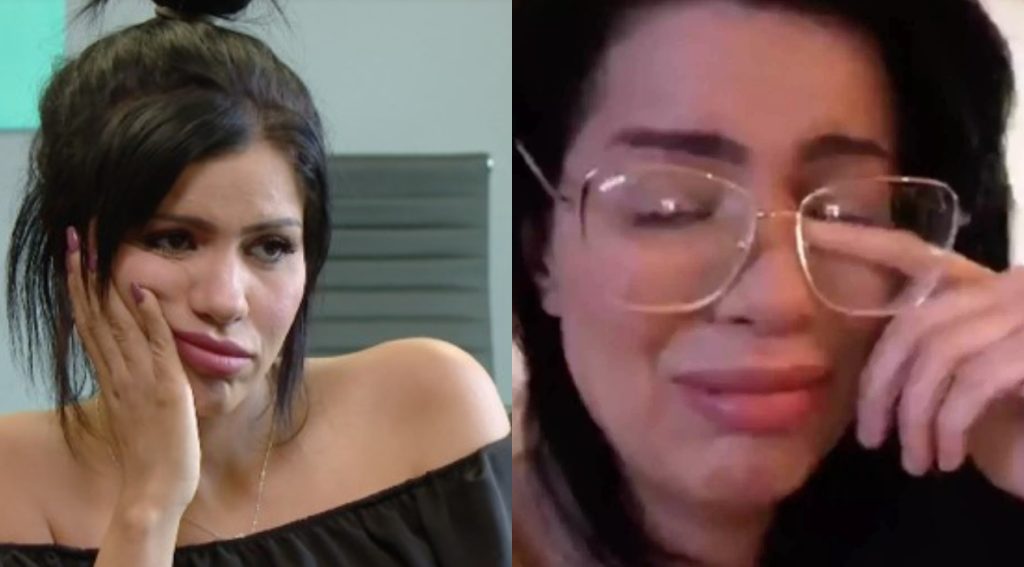 90 Day Fiance: Larissa Lima Wants To Unalive Herself, Fans Scared For Her Life! Is She Okay?

If you or anyone you know of is struggling with the same or other mental health issues then, CONTACT: The Suicide & Crisis Helpline: 988, http://988lifeline.org/]

Larissa Lima has been a prominent face of the 90 Day Fiance franchise. She and her husband at the time, Colt Johnson, became famous after starring in the reality show. However, they aren’t together anymore. While Colt found love again in Vanessa Guerra, Larissa continued to stay in America and started her career as an adult star through OnlyFans. She also completely transformed herself by going through multiple surgeries. Despite all the fame and popularity, the former TV star isn’t happy. Lately, she made a post about having dark thoughts like k*lling herself. Keep reading to know more details about this.

Larissa Lima became a huge sensation after her time on 90 Day Fiance with her husband, Colt Johnson. Alas, their relationship came to an end and they went their separate ways. While the Las Vegas native is in a marital relationship again with Vanessa Guerra. Larissa is embracing her single life. After her split, she completely transformed herself by getting multiple surgeries and fillers all over her body. However, a new post on Larissa’s Instagram really concerned her fans. She started off by saying that the star is no need for money. Instead, she gave an update by saying she has been in a hotel room for “two days”. While she didn’t know about the future, she wanted to stay safe. Apparently, she was running into trouble with the law as her neighbors were constantly calling the cops. They were “threatening” her and her “immigration” status.

Later, Larissa made another post with her eyes heavy with tears. It was hard for the star to understand why someone was reporting her to the cops for crying. In fact, she spent days without any human interaction because she was sick for a few weeks. Larissa also mentioned “can k*lling yourself” because of her broken soul. The 90 Day Fiance fanbase took to the comments section to address the worrisome situation. Some stated that Larissa was seeking validation from the wrong places. Hence, she was deeply upset. They wanted her to stop chasing the American dream and go back to Brazil to be with her young kids. However, the celebrity has not yet posted any updates after this harrowing post.

90 Day Fiance: Larissa Lima Cries While Saying She Is Homeless!

This wasn’t the first time Larissa Lima scared the 90 Day Fiance fanbase with her post. A few months ago, the Brazilian woman had made yet another post. She was crying on the camera while saying she was “tired” of getting kicked out of the house every other day. Lima also had to listen to “horrible” things. However, the star didn’t mention who was doing these things to her. But the avid fans must remember that she gave an update about living with her ex, Eric Nichols. Hence, fans suspected that the was the same man behind such things. On top of this, Larissa also made a post about roaming around on the road with a suitcase. Noted blogger John Yates reshared this news on his Instagram.

However, a few days later, Larissa made yet another post. It was her hanging out with her ex, Eric and they were dismissing rumors about her being “homeless”. The fanbase was quite confused regarding this as Larissa was the one to have talked about facing tough times and someone kicking her out. Therefore, a lot of fans are skeptical about her recent bad mental health post too. The audience members are comparing Larissa’s situation to that of the boy who cried wolf. They don’t know if they should trust her or not after such a turbulent history of being in denial about things and stirring things up for drama. Keep coming back to TV Season & Spoilers for all the latest 90 Day Fiance updates.